The Case for Teaching Ignorance 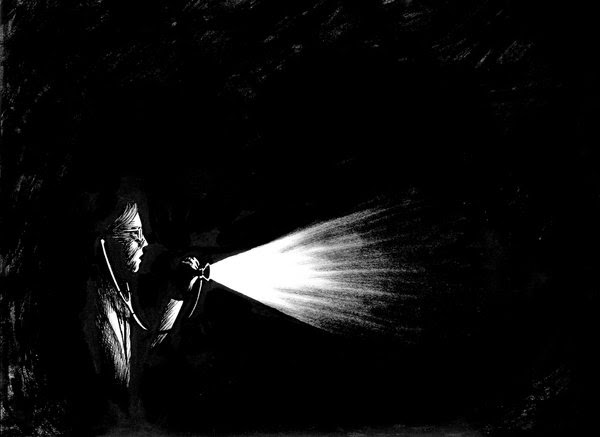 August 24, 2015 – In the mid-1980s, a University of Arizona surgery professor, Marlys H. Witte, proposed teaching a class entitled “Introduction to Medical and Other Ignorance.” Her idea was not well received; at one foundation, an official told her he would rather resign than support a class on ignorance.

Dr. Witte was urged to alter the name of the course, but she wouldn’t budge. Far too often, she believed, teachers fail to emphasize how much about a given topic is unknown. “Textbooks spend 8 to 10 pages on pancreatic cancer,” she said some years later, “without ever telling the student that we just don’t know very much about it.” She wanted her students to recognize the limits of knowledge and to appreciate that questions often deserve as much attention as answers. Eventually, the American Medical Association funded the class, which students would fondly remember as “Ignorance 101.”

Classes like hers remain rare, but in recent years scholars have made a convincing case that focusing on uncertainty can foster latent curiosity, while emphasizing clarity can convey a warped understanding of knowledge.

In 2006, a Columbia University neuroscientist, Stuart J. Firestein, began teaching a course on scientific ignorance after realizing, to his horror, that many of his students might have believed that we understand nearly everything about the brain. (He suspected that a 1,414-page textbook may have been culpable.)

As he argued in his 2012 book “Ignorance: How It Drives Science,” many scientific facts simply aren’t solid and immutable, but are instead destined to be vigorously challenged and revised by successive generations. Discovery is not the neat and linear process many students imagine, but usually involves, in Dr. Firestein’s phrasing, “feeling around in dark rooms, bumping into unidentifiable things, looking for barely perceptible phantoms.” By inviting scientists of various specialties to teach his students about what truly excited them — not cold hard facts but intriguing ambiguities — Dr. Firestein sought to rebalance the scales.

Presenting ignorance as less extensive than it is, knowledge as more solid and more stable, and discovery as neater also leads students to misunderstand the interplay between answers and questions.

People tend to think of not knowing as something to be wiped out or overcome, as if ignorance were simply the absence of knowledge. But answers don’t merely resolve questions; they provoke new ones.

Michael Smithson, a social scientist at Australian National University who co-taught an online course on ignorance this summer, uses this analogy: The larger the island of knowledge grows, the longer the shoreline — where knowledge meets ignorance — extends. The more we know, the more we can ask. Questions don’t give way to answers so much as the two proliferate together. Answers breed questions. Curiosity isn’t merely a static disposition but rather a passion of the mind that is ceaselessly earned and nurtured.

Mapping the coast of the island of knowledge, to continue the metaphor, requires a grasp of the psychology of ambiguity. The ever-expanding shoreline, where questions are born of answers, is terrain characterized by vague and conflicting information. The resulting state of uncertainty, psychologists have shown, intensifies our emotions: not only exhilaration and surprise, but also confusion and frustration.

The borderland between known and unknown is also where we strive against our preconceptions to acknowledge and investigate anomalous data, a struggle Thomas S. Kuhn described n his 1962 classic, “The Structure of Scientific Revolutions.” The center of the island, by contrast, is safe and comforting, which may explain why businesses struggle to stay innovative. When things go well, companies “drop out of learning mode,” Gary P. Pisano, a professor at Harvard Business School, told me. They flee uncertainty and head for the island’s interior.

The study of ignorance — or agnotology, a term popularized by Robert N. Proctor, a historian of science at Stanford — is in its infancy. This emerging field of inquiry is fragmented because of its relative novelty and cross-disciplinary nature (as illustrated by a new book, “Routledge International Handbook of Ignorance Studies”). But giving due emphasis to unknowns, highlighting case studies that illustrate the fertile interplay between questions and answers, and exploring the psychology of ambiguity are essential. Educators should also devote time to the relationship between ignorance and creativity and the strategic manufacturing of uncertainty.

The time has come to “view ignorance as ‘regular’ rather than deviant,” the sociologists Matthias Gross and Linsey McGoey have boldly argued. Our students will be more curious — and more intelligently so — if, in addition to facts, they were equipped with theories of ignorance as well as theories of knowledge.

Jamie Holmes is a fellow at New America and the author of the forthcoming book, Nonsense: The Power of Not Knowing.