Are We as Area Studies Scholars Guilty of Negligence in Allowing Genocides to Happen in the Regions We Study?

Foreign scholars CAN help to prevent genocide again. If we’re waiting for policymakers to prevent things on their own and save ourselves the trouble so that we can take a well-funded research trip and sit outside a coffee shop in Naypyitaw or Yangon, why should the rest of the world have any interest in reading anything we have to write? Scholarship and research should mean something. 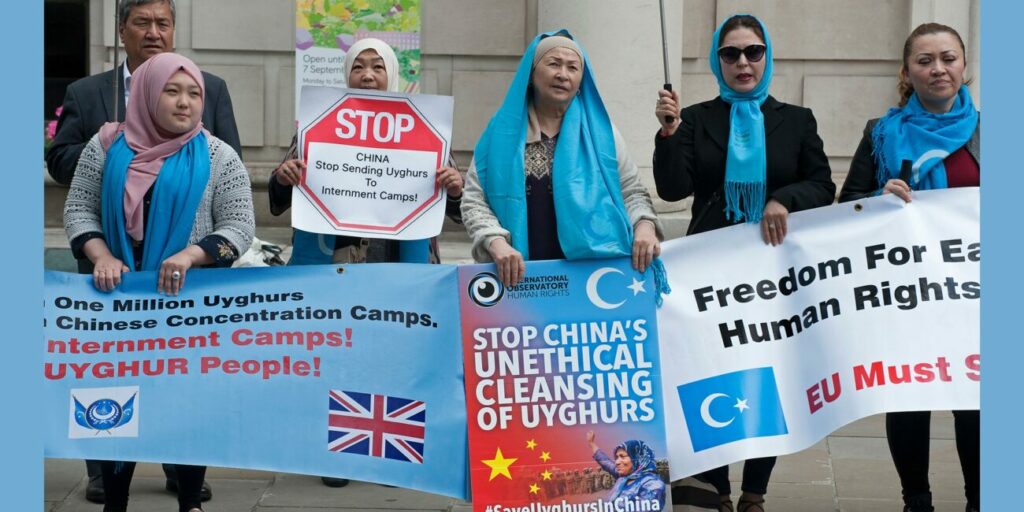 London, England. 31st May 2019. Uyghur Muslim Protest opposite Chinese Embassy in a demonstration against the treatment of members of the mostly Muslim ethnic Uyghur minority in China’s Xinjian area. Image: Karl Nesh / Shutterstock.com

21 Jan 2021 – Like many, I rely on twitter to keep up to speed with current information put out by Foreign Ministries. I recently saw a tweet from the US State Dept stating that “China has committed genocide & crimes against humanity against #Uyghur population in Xinjiang. Uyghurs & other Turkic Muslim minorities must be protected against future atrocities & those in detention immediately released.” We have seen the Myanmar Government ruled against in the ICJ for the same act against the Rohingyas. We certainly believe this has happened elsewhere.

Of course, many of us wait for governments and lawyers, human rights organisations, and the communities involved to bring such acts before the courts and to put pressure on the guilty governments to resolve the situation after it has occurred. Some academics involve themselves in campaigns alongside activists to keep pressure on their governments to act where the latter might prefer to remain silent lest they jeopardize trade or cooperation with a government on some other issue. Some fields, however, are poorly represented. Colleagues in my own field, history, are particularly prone to use their occupation as a virtual press card, claiming to be neutral observers, apolitical, and not interested in the now. What they research has little to do with current events, the whisper, and, of course, there is no requirement for a historian to be an activist. Most will never be. It may be surprising for many though that some of the same historians will make claims at their own universities for continued employment or grant funding on the grounds that their research is so important for understanding the present and that their findings actually have a lot of potential impact on policy today. When it counts for them, then their research matters, but when it might count for someone else, someone vulnerable, then it has nothing to do with their professional remit.

I would also raise the issue of scholarly negligence in allowing crimes against humanity to occur without taking action BEFORE these crimes happened.

Without absolving the guilty countries of their gross responsibility, I would also raise the issue of scholarly negligence in allowing crimes against humanity to occur without taking action BEFORE these crimes happened. Certainly, it is hard to prevent a crime before it happens or even before the first steps are taken in that direction. Without doubt, some scholars have said a great deal since these acts took place. But it is also true that many, many, many more scholars have not.

If our scholarly work is going to influence policy and be effective in saving lives, it cannot simply be mobilised AFTER a crime has taken place. It must actively seek to INFORM policymakers in the global community BEFORE they or branches of their governments and militaries go on a criminal course. 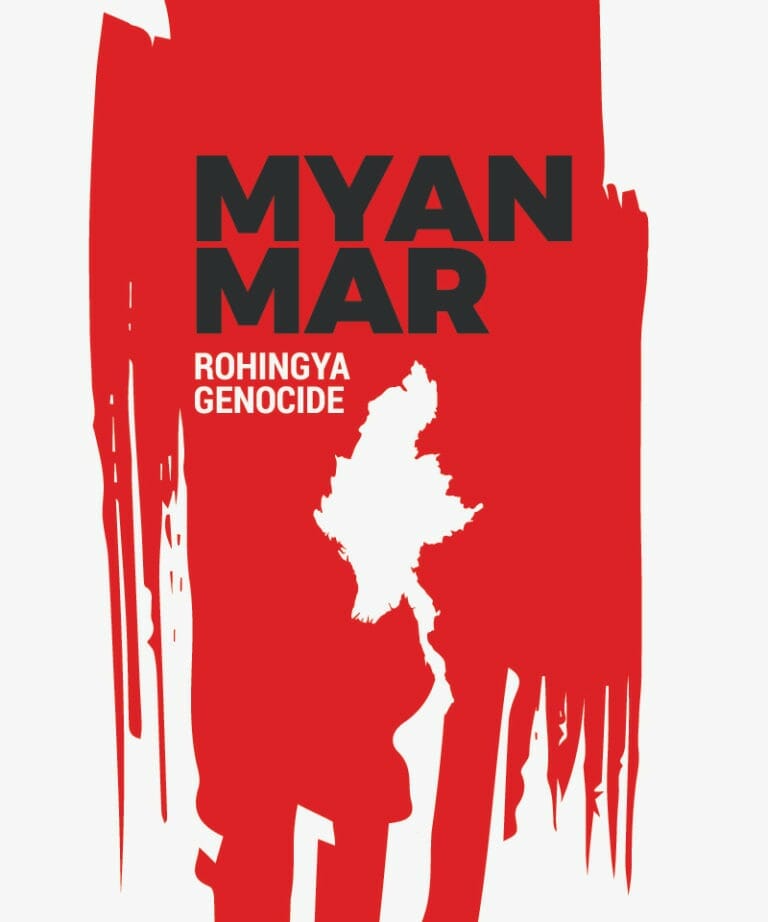 Let’s consider genocide and ethnic cleansing. 159 countries have ratified or acceded to the Convention on the Prevention and Punishment of the Crime of Genocide as of 2019. The leaders and key diplomats at the time of signing and those involved in the discussions at the time were aware of what was spelled out and signed. But who ensures that a broad understanding of what was agreed concerning what amounts to genocide is then communicated to subsequent leaders and policymakers, generals and soldiers, villagers, clerics, and monks? How do we ensure that everyone is on the same page regarding what crimes against humanity are, what genocide is, and why racism is a negative and not a positive thing. And who takes up this task in particular in societies where civil society has been suppressed, where freedom of the press is gone, and where educational systems and critical thought have slumped?  If scholars and those who study the past (historians), policy (politicians), and laws (the legal scholars) do not take up this role, if we do not ensure that there is a global understanding or awareness of what constitutes crimes against humanity, how can we absolve ourselves of guilt at some level when serious transgressions occur.

In much of the world, the scholars who could say most are those who wear a badge of honour as area studies scholars. The scholars, like myself, are those who have chosen to focus their research and writing on non-Western areas of the globe in most cases. I have written and discussed elsewhere concerning the reticence of area studies scholars to comment negatively when bad things (things that have been agreed globally are universally bad) happen in the countries they love and often live in for extended periods of time and the reasons for this reticence. Part of the problem is that area studies shapes imaginaries of states and societies in particular ways that normalises claims to indigeneity or religious legitimacy for some groups and “others” ethnic and religious minorities as being extraneous. Another is that area studies forges direct links between the scholars in training as undergraduate and postgraduate students with language speakers who often become the primary interlocuter for knowledge about what the country language is drawn from. It’s difficult to break free from this doubled-down spelling out what a place like Myanmar actually “is,” who belongs there and who does not, who is a son of the soil and who is a foreigner, if not in this generation, in some generation long ago. This intimacy however is what gives area studies scholars the greatest access to local societies and they are best placed to know how to communicate locally (for if not, this what good is an area studies degree?). It is this intimacy that also gives area studies scholars the greatest responsibility of all scholars, not to ignore a clear path towards transgressions of human rights.

We should have challenged vociferously the racial slurs that began to be circulated by Myanmar government officials and others.

I wonder if such scholars do not share some of the burden for what happened to the Rohingya by not doing more to reach Myanmar decision makers BEFORE the 33 Light Infantry Regiment started attacking Rohingya villagers in August 2017? Foreign scholars are not mind readers, they do not have crystal balls. We could not see in advance what exactly would happen. But, from 2012 in particular, and for many decades before, the signs were there that there COULD be serious problems for the Rohingya. We should have done more work from the start to make certain that everyone who had any voice in the country was clearly aware of what genocide was, what the consequences would be, and should have spent much more time deconstructing ethno-religious paradigms. We should have challenged vociferously the racial slurs that began to be circulated by Myanmar government officials and others. We should have been much more pro-active in strengthening civil society groups that promoted human rights. And we should have convinced our own policymakers elsewhere to take a harder line with the NLD.

None of us can change what has happened. Even should the Rohingya be able to return to Rakhine, under safe conditions, and their homes restored, they can never really return to lives they left absent of the memories of the holocaust that unfolded in August 2017. There will always be the trauma. Victimhood is experienced in its own time and is never completed, even while the rest of the world moves rapidly ahead. There will always be the missing family members and the lingering doubt of security.

But foreign scholars CAN help to prevent genocide again. If we’re waiting for policymakers to prevent things on their own and save ourselves the trouble so that we can take a well-funded research trip and sit outside a coffee shop in Naypyitaw or Yangon, why should the rest of the world have any interest in reading anything we have to write? Scholarship and research should mean something.  If you do choose to be silent and hold that your research is not connected with such contemporary social issues, make sure you explain how irrelevant your research is on your next grant application. 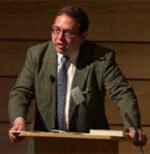 A native of Flint, Michigan, Michael Charney is a full professor at SOAS, the University of London, in the Centre for International Studies and Diplomacy (School of Interdisciplinary Studies) and the School of History, Religions, and Philosophies, where he teaches global security, strategic studies, and Asian military history. He received his PhD from the University of Michigan in 1999 on the subject of the history of the emergence of religious communalism in Rakhine and has published a number of books on military history in Southeast Asia and the political and intellectual history of Myanmar. He was a postdoctoral research fellow at the Centre for Advanced Studies at the (National University of Singapore) where he researched religion and migration, was a project professor at the Institute for Advanced Studies of Asia at the University of Tokyo, and has spent most of the last two decades at SOAS, where he was elected to the Board of Trustees in 2016. He is a regular commentator in the media on events in Myanmar.