El Salvador’s Gangs Have Something to Say

They claim they want to end the violence. Maybe we should listen.

1 Sep 2015 – The time has come for El Salvador’s government to do something it has never done before: openly engage in dialogue with the gangs that are tormenting the country. 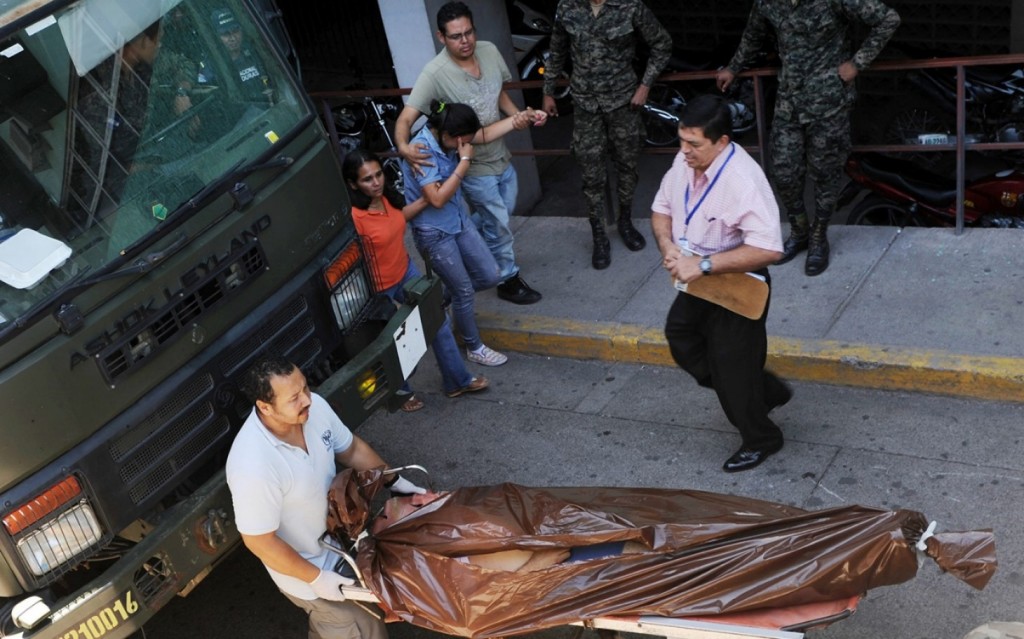 Gang leaders have long said they are ready to end the violence, but the left-wing FMLN government led by President Salvador Sánchez Cerén has instead chosen to embark on a hardline security offensive. Just last week, the country’s Supreme Court declared the gangs terrorist groups. The result of this approach: a country vying for the highest murder rate in the world. Unless the government makes a bold move toward peace, we can expect the violence to continue escalating, and that will mean increased waves of undocumented immigration to the U.S. and more decades of instability in El Salvador.

Last winter I spent six weeks in the capital, San Salvador, visiting my extended family. It was only my second visit. I had hoped to move there and work as a freelance reporter, but life becomes difficult when you don’t feel safe leaving the house, walking the streets or taking a bus. For locals, the situation is worse. A cousin of mine can no longer visit his mother because she lives on a street controlled by a different gang than the one that controls his block. Even though he is a church-going accounting student, he would run the risk of being shot for violating the gang’s territorial rules.

Salvadorans want to live in peace, but the Sánchez Cerén administration is ignoring an opportunity for a peaceful solution. This year, imprisoned leaders of the country’s two main gangs, Mara Salvatrucha and Barrio-18, along with leaders of smaller factions, have repeatedly expressed their willingness to stop the violence in a series of letters.

In one letter, they said the gangs “are ready to enter into a serious process of searching for peace.” In another, they called for an international observer to monitor any dialogue and offered their “repentance and apology” for the damage they’ve caused.

The government has turned a deaf ear to all of these calls, refusing negotiation and even dialogue. Most recently in July, Sánchez Cerén maintained that his government would not talk to the gangs. “We are going to pursue them, we are going to capture them, and we’re going to bring them to justice.”

But to support this tough talk it has become necessary for the state to increase its militaristic tactics. In January, after the killings of seven policemen, lawmakers gave officers permission to shoot “without any fear of suffering consequences” if they feel threatened by gang members. In April, Sánchez Cerén announced the creation of three military battalions and one police “cleansing battalion” to take on the gangs. And for at least the last year, there have been reports of death squads performing extrajudicial killings of gang members.

These repressive strategies deployed in the face of olive branches have helped fuel the recent escalation of violence. In the first six months of 2015, 2,965 people were murdered. Homicide rates haven’t reached these heights since the years following the end of the civil war in 1992.

It is becoming increasingly apparent that the government is losing control. In late July, the country’s public transportation system came to a near standstill on gang orders. To enforce their commands, gang members killed seven bus drivers and succeeded in shutting down the system for four days, affecting nearly two million people.

While the government’s hawkish rhetoric and actions may appear politically correct and may give weary Salvadorans a sense of power, the country’s history of massacres, death squads and human rights abuses suggests that this approach is neither practical nor wise. Iron-fisted strategies have never succeeded in bringing peace to the country. Even after the Jan. 1992 peace agreement that ended the civil war, the violence never really stopped. So far in August the average number of daily homicides is hovering around 28 — more than one every hour and higher than the average of 17 people killed daily during the war.

Repressive responses also won’t work because of the magnitude of the problem. There are an estimated 65,000 gang members in the country. What’s more, the gangs are estimated to have a reach of between 300,000-500,000 civilians, many of whom are dependent on the earnings of these criminals. In other words, gang members are a deeply embedded part of the social fabric. You can’t kill them all, even if many Salvadorans support the idea.

Would talking to the enemy make the government look weak? In fact, it already looks feeble. I would argue that engaging in dialogue is a much more difficult thing to do than sending out security forces made up of mostly poor young men to fight other poor young men. Dialogue would entail shelving pride, working with the political opposition and reaching out to the most troubled part of the society. That takes bravery and strength.

There is also reason to believe many gang members would put down their guns. The typical age for gang recruitment in El Salvador is 12 and many children are forced to join against threats to their families. Jeanne Rikkers, a consultant who has worked on social issues in El Salvador since the nineties, says many young members have an interest in straightening out their lives and would respond well to rehabilitation programs. “The majority of them are not sociopaths — they’re kids with a lot of strikes against them. And with very little incentive they could pick up [on the message] and try to make some real changes.”

Other experts say many gang members are tired of the cycle of violence. Mike Allison, a political science professor at the University of Scranton, recently returned from a research trip to El Salvador. Because those serving decades in prison don’t want the same future for their kids, he said, “There is a possibility that dialogue with them could reduce the number of gang members in the country and the violence.”

Even if dialogue only leads to a reduction in gang members, it would diffuse the situation and buy the government time to shore up its police force and judicial system. In El Salvador, only 5 percent (PDF) of suspected offenders are convicted, according to United Nations data. Breathing room also gives the government time to address the structural causes of the gangs: poverty, lack of opportunity and marginalization.

Talking to the gangs may not be the politically popular thing to do, but it will take the steam out of this two-decades-long conflict. Enough blood has been shed. Though gang members have caused untold pain and horror, and though they deserve punishment, they must be treated as humans first. These violent young people are the product of a broken society. Dialogue based on humanitarian goals is the only way to begin to heal the society as a whole.