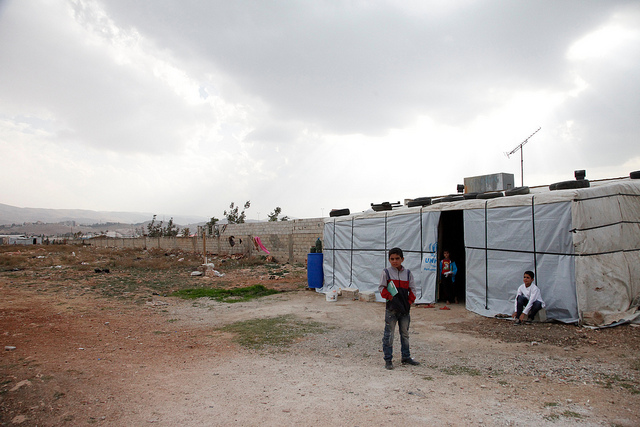 There is blame aplenty historically for the Middle East tragedy that is spilling over into Europe and for other refugee crises affecting all continents. Anti-immigrant racists rant, build walls, and terrorize millions of parents and children desperate for survival. But the major culprit is WAR.

The refugee disaster is the legacy of the war makers, those who authored the invasion of Iraq and Afghanistan and the military misadventure in Libya. It is a living legacy of policies aimed at forcing “regime change,” a preference for superpower might and war over negotiations and diplomacy based on adherence to United Nations’ principles. The enormous damage that has been done is a legacy that our hawks share with both designated foes and presumed allies: there is the rise of ISIL and its horrors, the “unintended consequence” of our failed wars; remember also the Congressional cheers for Netanyahu as he unleashed the massive destruction of war on Gaza.

Why talk about blame when the moment cries out for emergency refugee relief? Because the human tragedy has given no pause to the architects of disaster.

They are doing everything in their power to derail the negotiated agreement between Iran and the USA, Russia, Britain, France, China and Germany, which is the first real signal that a turn toward international cooperation for peace is possible. They are still addicted to war, another war after twelve years of war without end.

Human decency requires emergency cooperation by the United States, Europe, all governments and their people, to relieve the misery and hopelessness of millions seeking asylum. It further demands a basic shift away from the politics and economics of war. No more than temporary remedies are possible without big changes in priorities and investment. If refugees’ lives matter, there has to be a huge shift in public funding from making war to meeting vital social needs.

When you think about it, every problem we confront at home and abroad becomes a matter of human decency. Either we care about each other, about the human condition and human dignity, or the monsters turn us all into bystanders or brutes. Then again, it’s a matter of human survival, of peace not war.

Leon Wofsy, a one-time leader of Marxist youth organizations, is Professor Emeritus of Molecular and Cell Biology/Immunology at the University of California at Berkeley. Visit his work at Leon’s Op-Ed.