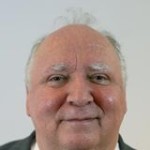 Alice and Bill happened to sit next to each other at the annual office party. They discovered that they had almost the same commute. Alice used to come to the office with public transportation, and Bill, who lived a little farther away in the same direction, drove to the office by car. He offered to Alice to pick her up on his way to the office every morning and bring her home after work. Both were happy with this arrangement.

At first, Bill enjoyed to have company on the way to work instead of driving alone. But after a while, he began to resent a little that he bore all the costs for gasoline and the maintenance of his car, and Alice contributed nothing. But he was too proud to ask for a contribution. He felt that Alice should know better, and make the first move.

But Alice thought that Bill was driving his car anyway, he had done so before, and picking her up was a small detour. It did not occur to her to offer to help cover the costs of commuting. She was happy that she saved time and costs as she no longer had to use the more cumbersome public transportation with bus and street car. She also was a bit embarrassed to offer to pay something to Bill, fearing it could hurt his pride.

Bill experienced a tight financial situation, with one of his children getting ill repeatedly and requiring care, but he kept this to himself, even though his resentment over Alice’s failure to offer to share the costs of commuting, or at least to express any gratitude, slowly increased.

One day, after they had commuted together for about a year, Alice had an important meeting at the start of the work day, but Bill did not show up at the regular time. She waited anxiously and increasingly tense, and when Bill finally arrived 15 minutes late, she yelled at him, “Why are you late?! I have an important meeting this morning and cannot afford to come late, especially today!” That was enough for Bill. Without saying a word, he slammed the car door closed and drove off without Alice.

She could not understand his rude behavior, she had only explained to him how important it was for her to be on time, especially on that particular day. Alice called a taxi, and arrived at the office 20 minutes late, being very embarrassed. She did not tell the others what happened and simply apologized for being late. But she was very angry at Bill for having put her into this humiliating situation. From that day on, Bill withdrew his offer to give Alice a ride. Alice could not understand his apparent overreaction to her simply expressing her needs. And Bill could not understand how someone to whom he had given a favor for such a long time could be so ungrateful and blame him. They stopped greeting each other, avoided looking at each other, and made life at the office mutually difficult, for example by failing to pass on important messages etc.

Imagine their encounter that day had gone as follows instead, when Bill arrived late. Alice: “Dear Bill, I really appreciate that you give me a ride to work and back home every day, but why are you late today? I have an important meeting the first thing this morning and especially today I should not be late.” Bill: “I am really sorry for being late, but my daughter is sick and had to stay home, and I had to wait until a baby sitter arrived. I did not know that you have a meeting this morning, otherwise I would have called you and advised you to leave early and use public transportation, or to call a taxi.” Alice: “I am very sorry that your daughter is ill. I hope she gets better very soon. And I should have called you immediately when you were not here at the usual time to ask what happened, then I might have been able to arrive still on time with a taxi. Next time when I have to be there absolutely at 8 am, I will let you know in advance.

I also wanted to offer you for a long time to help pay for the costs of commuting, but I was afraid you might be offended if I offered you money. Can I pay at least the costs of gasoline from now on, since you drive and contribute your car which requires regular maintenance?”

Bill: “Thank you, I would really appreciate that, especially at this time, because we have extra expenses for doctor’s bills and a baby sitter.” Alice: “I am really sorry I did not offer to help earlier, it was my misunderstanding, not stinginess.” Such an exchange could have been healing and defused the tense situation. Even better would have been if Alice had expressed her gratitude from time to time. Saying thank you to someone costs nothing, but can mean a great deal to the people who appreciate an expression of gratitude for kind things they do. And Bill could have said after a few weeks of their common commute, when he began to resent for the first time bearing all the costs of commuting alone: “Alice, I enjoy our conversations on the way to work and am glad not to have to drive alone. But I am in a somewhat tight financial situation at the moment, and was wondering if you would be willing to share the costs of commuting.”

Then Alice would have known that Bill would not be offended if she offered to help pay, and would have done so much earlier. This would have avoided that Bills resentment slowly grew, until it exploded when, figuratively speaking, a spark fell on the dray haystack and ignited it.

What lessons can be drawn from this? First, it is important that we get clarity about our own needs and aspirations, and those of others.

For example, Bill should have told Alice that he would appreciate some financial contribution to the costs of commuting. And Alice should have in advance alerted Bill, who occasionally was a few minutes late for various reasons, that on that particular day it was important for her to be sharply on time, because she had an important meeting that morning.

Anticopyright: Editorials and articles originated on TMS may be freely reprinted, disseminated, translated and used as background material, provided an acknowledgement and link to the source, TMS: Commuters, is included. Thank you.