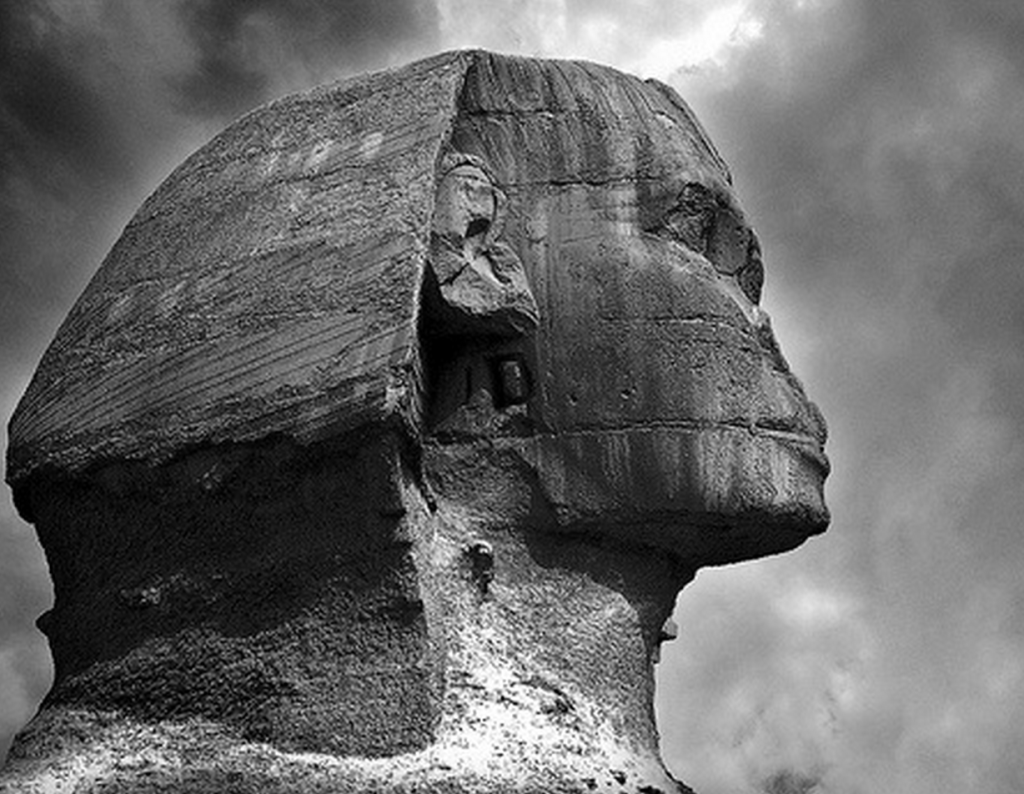 19 Oct 2015 – One of the most mysterious and enigmatic monuments on the surface of the planet is without a doubt the Great Sphinx at the Giza plateau in Egypt. It is an ancient construction that has baffled researchers ever since its discovery and until today, no one has been able to accurately date the Sphinx, since there are no written records or mentions in the past about it. Now, two Ukrainian researchers have proposed a new provocative theory where the two scientists propose that the Great Sphinx of Egypt is around 800,000 years old. A revolutionary theory that is backed up by science.

The study was presented at the International Conference of Geoarchaeology and Archaeomineralogy held in Sofia titled: GEOLOGICAL ASPECT OF THE PROBLEM OF DATING THE GREAT EGYPTIAN SPHINX CONSTRUCTION.

The starting point of these two experts is the paradigm shift initiated by West and Schoch, a ‘debate’ intended to overcome the orthodox view of Egyptology referring to the possible remote origins of the Egyptian civilization and, on the other, physical evidence of water erosion present at the monuments of the Giza Plateau. 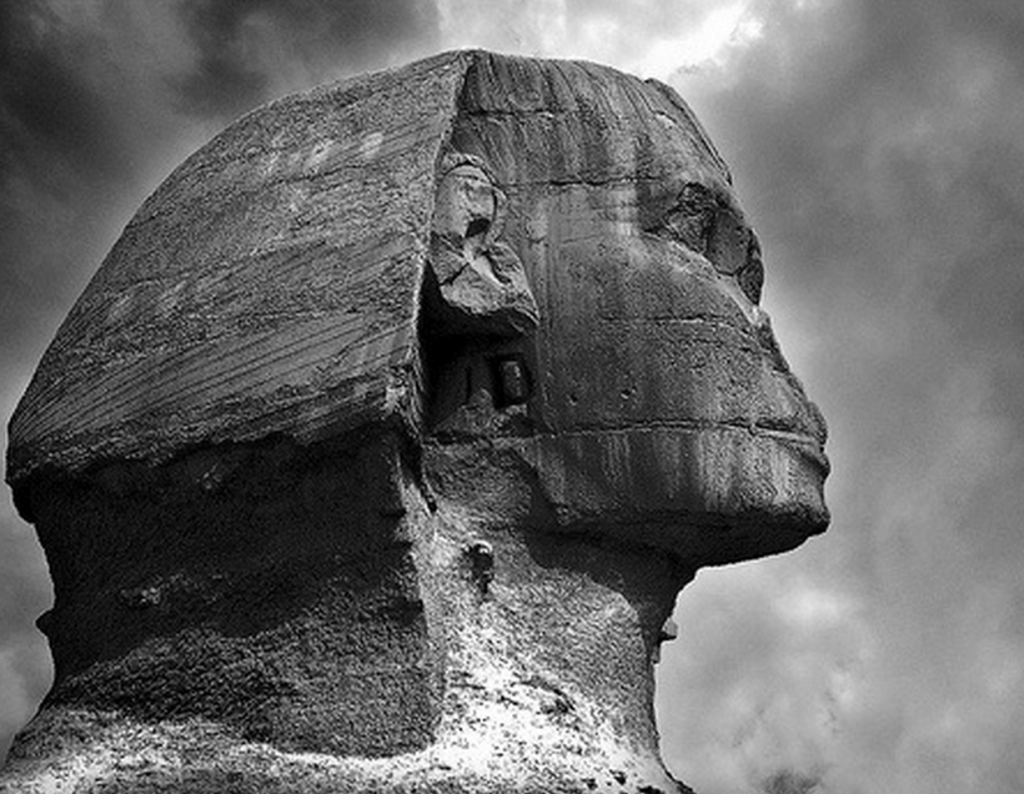 According to Manichev and Parkhomenko:

“The problem of dating the Great Egyptian Sphinx construction is still valid, despite of the long-term history of its research. Geological approach in connection to other scientific-natural methods permits to answer the question about the relative age of the Sphinx. The conducted visual investigation of the Sphinx allowed the conclusion about the important role of water from large water bodies which partially flooded the monument with formation of wave-cut hollows on its vertical walls.”

“The morphology of these formations has an analogy with similar such hollows formed by the sea in the coastal zones. Genetic resemblance of the compared erosion forms and the geological structure and petrographic composition of sedimentary rock complexes lead to a conclusion that the decisive factor of destruction of the historic monument is the wave energy rather than sand abrasion in Eolian process. Voluminous geological literature confirms the fact of existence of long-living fresh-water lakes in various periods of the Quaternary from the Lower Pleistocene to the Holocene. These lakes were distributed in the territories adjacent to the Nile. The absolute mark of the upper large erosion hollow of the Sphinx corresponds to the level of water surface which took place in the Early Pleistocene. The Great Egyptian Sphinx had already stood on the Giza Plateau by that geological (historical) time.”

A strong argument was made by Ukrainian scientists in regards of the Sphinx, arguments based upon geological studies which support Schoch’s view regarding the Sphinx and its age. Manichev and Parkhomenko focus on the deteriorated aspect of the body of the Sphinx, leaving aside the erosive features where the Sphinx is located, which had been studied previously by Schoch. Ukrainian scholars focused on the undulating terrain of the Sphinx which displays the mysterious pattern.

Mainstream scientists offer explanations for this sharp feature and state that it is based on the abrasive effect of the wind and sand, the undulations were formed because the harder layers of rock are better at withstanding the erosions while the softer layers would have been more affected, forming voids.

However, as noted Manichev and Parkhomenko, this argument does not explain why the front of the head of the Sphinx lacks such features. In regards to the argument made by Schoch about the heavy rain period which occurred around 13,000 BC, the Ukrainian scientists recognized Schoch hypothesis partially suggesting that the erosive features of the Sphinx go further back than 13.000 BC. Manichev and Parkhomenko argue is that the mountainous and coastal areas of the Caucasus and Crimea, which they know well, have a type of wind erosion that differs morphologically to the erosive features noted on the Sphinx. Essentially, they argue that such wind erosion has a very soft effect, regardless of the geological composition of the rocks. 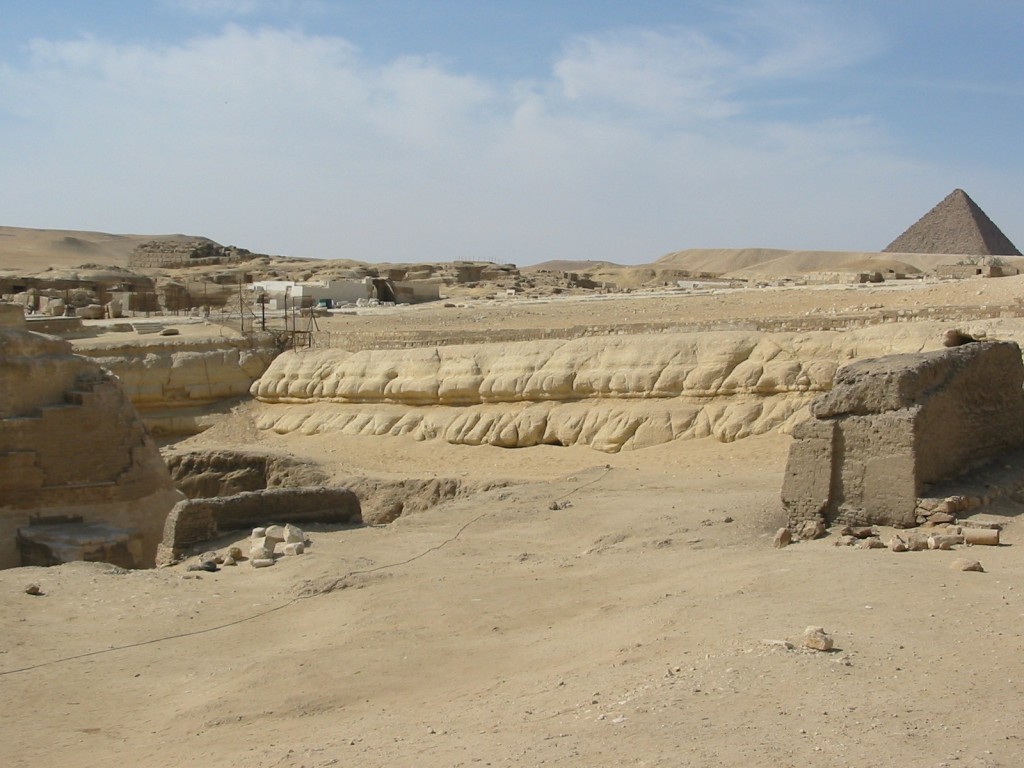 The western wall of the Sphinx enclosure, showing erosion consistently along its length.
Courtesy and copyright of Colin Reader.

“In our geological field expeditions in different mountains and littoral zones of the Crimea and Caucasus we could often observe the forms of Eolian weathering which morphology differs considerably from the weathering taking place on the GES. Most natural forms of weathering are of smoothed character, independent of lithological composition of the rocks.”

They continue further and explain:

“Our personal experience in scientific investigation of geology of the sea coasts gives reasons to draw an analogy with the GES and to suggest another mechanism of its destruction. Specialists-geologists, who work in the field of sea-coast geomorphology, know such forms of relief as wave-cut hollows (Morskaya Geomorfologiya, 1980). They can be one- and multi-storey. They are arranged horizontally to the sea water surface, if the coast makes a vertical wall (cliff). Especially deep wave-cut hollows are formed in precipitous cliffs built by the strata of carbonaceous rocks. Such forms of the coast relief are well-known and studied in detail on the Black-Sea coast of the Caucasus and Crimea (Popov, 1953; Zenkovich, 1960). General model of formation of the wave-cut hollows in the rocks of the Caucasian flysch is given by Popov (1953, 162; Fig. 3). In dynamics of the process of wave-cut hollows formation one can notice such a characteristic feature that the wave energy is directed to the rock stratum at the level of water surface. Besides, both saline and fresh water can dissolve the rocks.”

Manichev and Parkhomenko propose a new natural mechanism that may explain the undulations and mysterious features of the Sphinx. This mechanism is the impact of waves on the rocks of the coast. Basically, this could produce, in a period of thousands of years the formation of one or more layers of ripples, a fact that is clearly visible, for example, on the shores of the Black Sea. This process, which acts horizontally (that is, when the waves hit the rock up to the surface), will produce a wear or dissolution of the rock.

The fact is that the observation of these cavities in the Great Sphinx made the Ukranian scientists think that this great monument could have been affected by above said process in the context of immersion in large bodies of water, not the regular flooding of the Nile.

Manichev and Parkhomenko suggest that the geological composition of the body of the Sphinx is a sequence of layers composed of limestone with small interlayers of clays. Manichev and Parkhomenko explain that these rocks possess different degree of resistance to the water effect and say that if the hollows formation were due to sand abrasion only, the hollows had to correspond to the strata of a certain lithological composition. They suggest that the Great Sphinx hollows are formed in fact within several strata, or occupy some part of the stratum of homogeneous composition. 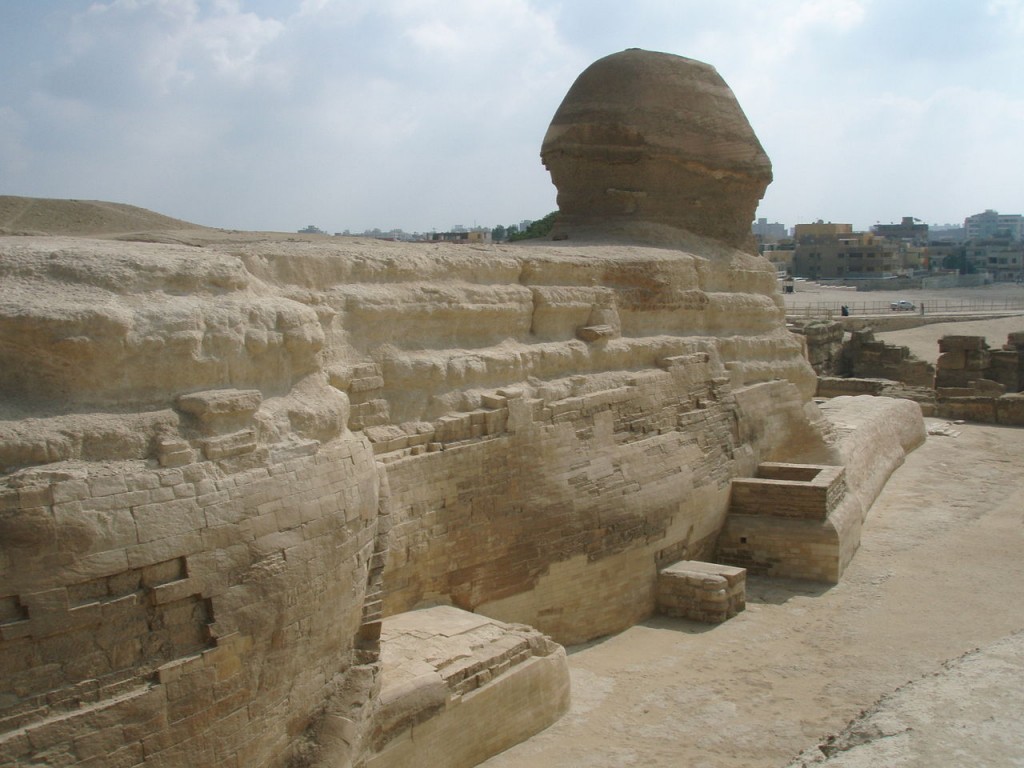 The Back of the Great Sphinx of Egypt

Manichev and Parkhomenko firmly believe that the Sphinx had to be submerged for a long time under water and, to support this hypothesis, they point towards existing literature of geological studies of the Giza Plateau. According to these studies at the end of the Pliocene geologic period (between 5.2 and 1.6 million years ago), sea water entered the Nile valley and gradually creating flooding in the area. This led to formation of lacustrine deposits which are at the mark of 180 m above the present level of the Mediterranean Sea.

According to Manichev and Parkhomenko, it is the sea level during the Calabrian phase which is the closest to the present mark with the highest GES hollow at its level. High level of sea water also caused the Nile overflowing and created long-living water-bodies. As to time it corresponds to 800000 years.

What we have here is evidence which contradicts the conventional theory of deterioration caused by Sand and Water, a theory already criticized by West and Schoch, who recalled that during many centuries, the body of the Sphinx was buried by the sands of the desert, so Wind and Sand erosion would not have done any damage to the enigmatic Sphinx.

However, where Schoch clearly saw the action of streams of water caused by continuous rains, Ukrainian geologists see the effect of erosion caused by the direct contact of the waters of the lakes formed in the Pleistocene on the body Sphinx. This means that the Great Sphinx of Egypt is one of the oldest monuments on the surface of the Earth, pushing back drastically the origin of mankind and civilization.

Some might say that the theory proposed by Manichev and Parkhomenko is very extreme because it places the Great Sphinx in an era where there were no humans, according to currently accepted evolutionary patterns. Furthermore, as it has been demonstrated, the two megalithic temples, located adjacent to the Great Sphinx were built by the same stone which means that the new dating of the Sphinx drags these monuments with the Sphinx back 800,000 years. In other words, this means that ancient civilizations inhabited our planet much longer than mainstream scientists are willing to accept.

One Response to “Scientists: Geological Evidence Shows the Great Sphinx Is 800,000 Years Old”