The Elephant in the Room: Capitalism and Sustainable Development 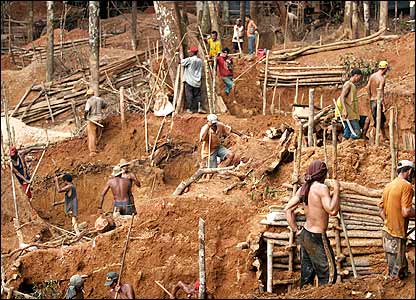 16 Oct 2015 – The term “sustainable” has been used by so many people in so many different contexts that it has lost much of its meaning. It has become a buzzword in political, economic and development circles. But it is not the excessive use of the word that has ultimately rendered it largely meaningless but the fact that too many efforts to achieve sustainable development do not seriously attempt to actually achieve sustainable development. It is too often suggested that we can simply incorporate more environmentally-friendly practices into our daily lives while only tinkering with our consumption habits in order to achieve sustainability. But this simply is not true. Each of us living in wealthy nations must massively, and I mean MASSIVELY, reduce our levels of material consumption if we are to achieve a sustainable ecological footprint. And this reality is the elephant that is too often ignored in discussions about sustainable development. 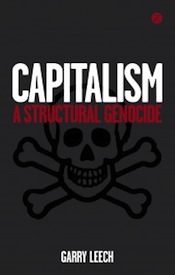 The belief that we can achieve sustainable development in wealthy nations such as the United States and Canada without dramatically diminishing our levels of material comfort is a form of denial that suggests we can have our cake and eat it too. Such denial is not surprising. After all, the idea of dramatically reducing our material consumption to achieve sustainable development is anathema both to corporations and to consumers who have been indoctrinated to associate success and happiness with material wealth.

Capitalism requires a constantly expanding production and consumption of goods, which can only be achieved through the increased exploitation of the planet’s natural resources at an unsustainable rate. Because of this reality, sustainable development cannot be achieved without a dramatic reduction in the levels of production and consumption, which directly contradicts the growth logic that drives capitalism. But while achieving such extensive reductions would indeed be challenging, they are possible.

The United Nations noted that when the UN Human Development Index is combined with the per capita ecological footprint of 182 nations, only one country has a genuinely sustainable economy. That country is Cuba. In other words, Cuba is the only country in the world that has met the basic needs—food, housing, health and education—of all of its citizens in an ecologically sustainable manner.

All other nations achieve either one or the other of the two objectives, but not both. Wealthy nations score very high in the human development index but have per capita ecological footprints far beyond the sustainable 1.7 global hectares. For example, the United States and Canada both rank “very high” in human development but their per capita ecological footprints are 6.8 and 6.6 global hectares respectively. Consequently, we would need four planet Earths for everyone in the world to live the lifestyle enjoyed by North Americans.

Conversely, most poor nations have a sustainable per capita ecological footprint below 1.7 global hectares but rank in the “low” category of human development. Angola, for example, has a very sustainable per capita ecological footprint of 0.9 global hectares but ranks “low” in the human development index with a value of only 0.526 (149th in the world).

In Angola’s case, the country’s primary resource is oil and the main beneficiaries are western oil companies and consumers in the global North. As a result, the average Angolan consumes very few resources and has a life expectancy of only 51 years while receiving a mere 4.7 years of education. Furthermore, almost half of Angolans live in poverty. Angola’s relationship to wealthy nations in the global North reflects the reality of most poor nations under capitalism. This global inequality in both power and wealth is perpetuated by neo-colonial institutions such as the International Monetary Fund (IMF) and the World Bank as well as by the imperialist foreign policies of wealthy nations, particularly the United States.

Since we in the wealthy nations of the global North can only sustain our materialistically comfortable lifestyles by consuming other peoples’ share of the planet’s resources, we condemn those people to a shortened life of poverty and misery. In fact, more than 10 million people die needlessly each year from hunger as well as from preventable and treatable diseases under a global capitalist system that constitutes structural genocide. The gross inequalities inherent in capitalism are also a major cause of wars, mass migration, refugees, human trafficking and escalating criminal violence throughout much of the global South.

Our unsustainable lifestyle is not only causing massive human suffering and death for millions around the world today, it is destroying the planet for future generations. And this gruesome reality brings us back to the elephant in the room with regard to achieving sustainable development in wealthy nations. Inevitably, to achieve sustainable development, we must stop consuming other peoples’ share of the planet’s resources. But what would this entail?

In order to achieve sustainable development for everyone on Earth and to ensure the survival of future generations, we in the wealthy nations must reduce our per capita ecological footprint to 1.7 global hectares. Given that the current per capita ecological footprint in the United States is 6.8 global hectares, there is no way that such a transformation can be achieved by simply encouraging people to switch to hybrid cars and organic vegetables—if they can even afford those things. It will require a much more comprehensive shift in our consumption habits. And since Cuba is the only nation in the world that has achieved sustainable development, it makes sense to look at that country for some pointers.

The disintegration of the Soviet Union in 1991 meant that Cuba lost its principal trading partner and supplier of oil. In order to survive, Cuba undertook a dramatic transformation of its economy during the 1990s that resulted in it achieving sustainable development. The country has continued to prioritize the use of its limited resources to ensure that the basic needs of its entire population are met with regard to food, housing, healthcare and education. It has also shifted from large-scale industrial agriculture to smaller organic farming. More than 85 percent of Cuba’s agricultural production is now organic and there is no factory farming of animals—two things that dramatically diminish its carbon footprint.

There are also few privately-owned vehicles in Cuba and the overwhelming majority of the population uses public transportation, thereby further reducing the country’s carbon footprint. Finally, the country’s low consumption level of goods means that items such as vehicles, furniture, clothing, shoes and appliances are repaired and re-used in order to extend their lifespans rather than simply being discarded and replaced with new items as occurs in our disposable consumer culture.

The result is that Cuba is the only nation in the world that meets the basic needs of its entire population in an ecologically sustainable manner. This redefining of socialism in Cuba has also revitalized community-based economic development through a combination of worker-owned cooperatives, small private enterprises and state-owned businesses. So while most Cubans do not enjoy the relatively luxurious materialistic lifestyles of people in wealthy nations, they are immune to the extreme poverty, misery and death that plagues much of the global South under capitalism’s structural genocide.

But since this simply is not possible, how do we make implementing an extreme shift in our consumption-driven lifestyles more appealing to the majority of North Americans? We need to change our mindset regarding the sources of success and happiness. Instead of measuring success and happiness by income earned and material possessions consumed, we need to focus on quality of life.

A massive reduction in our consumption habits would mean that we could work far fewer hours in order to support ourselves. Currently, half the world’s population works too many hours while the other half is effectively unemployed and engaged in a desperate struggle for survival. An equal distribution of the planet’s resources and workload would allow all workers to be productive members of society while also enjoying ample leisure time. The corresponding increase in leisure time would allow us to engage in self-education to learn more about ourselves and the world in which we live. It would also allow us to focus more time and energy developing and sustaining meaningful relationships in our families and our communities.

There is no silver bullet that will allow us to painlessly achieve sustainable development. Many believe—or hope—technology will provide a miraculous solution that will allow us to consume sustainably in the future at current levels. But despite all of the impressive technological advances of the past half-century, the extent of ecological damage to the planet has not decreased but increased during this period.

Ultimately, if we are serious about achieving sustainable development, we have to address the elephant in the room: the fact that we must dramatically diminish our levels of material consumption, which contravenes the very logic that drives the capitalist system. A failure to implement such systemic change means that all well-intentioned efforts to achieve sustainability will ultimately fail. Sure, they might make us feel better about ourselves. They might even make our way of life slightly less unsustainable. But in the end, we will still be living unsustainably.

So unless we acknowledge the global inequality and ecological destructiveness inherent in the capitalist system, our efforts to achieve sustainable development will amount to little more than window dressing. Capitalism requires corporations to unsustainably exploit the planet’s resources in order to constantly increase production and maximize profits. It also requires us to constantly consume the increasing quantities of goods produced. The inevitable outcome is structural genocide and ecological Armageddon. It’s time we recognized that less is more—for everyone, but especially for our children and grandchildren.

Garry Leech is an independent journalist and author of numerous books including Capitalism: A Structural Genocide (Zed Books, 2012); Beyond Bogota: Diary of a Drug War Journalist in Colombia (Beacon Press, 2009); and Crude Interventions: The United States Oil and the New World Disorder (Zed Books, 2006). ). He is also a lecturer in the Department of Political Science at Cape Breton University in Canada.