Top 1 Percent Owns Half of All Global Wealth, Per Credit Suisse Report

13 Oct 2015 – In the past year, global wealth reversed a steady upward climb and fell by $12.4 trillion, largely due to currency fluctuations. But worldwide wealth inequality continued its upward march: The top 1 percent of households “account for half of all assets in the world,” according to the 2015 Credit Suisse Global Wealth Report. 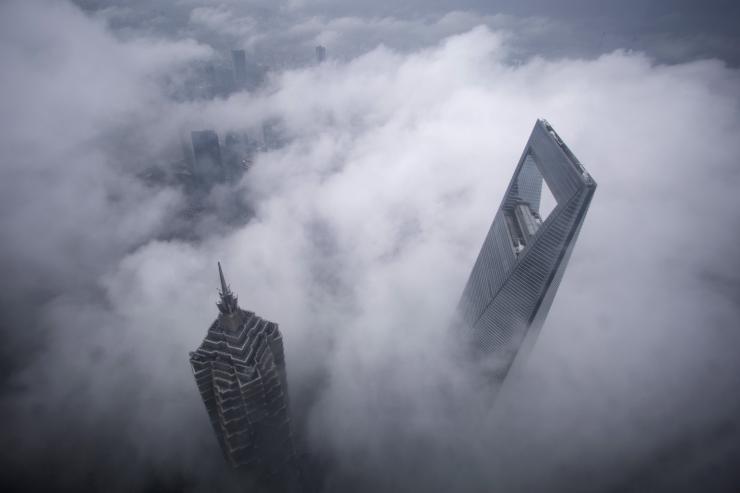 The Shanghai World Financial Center and the Jin Mao Towers rise above low cloud cover. Global wealth inequality in 2015 increased to levels “possibly not seen for almost a century,” according to Credit Suisse. Reuters/Aly Song

That’s a first since the Swiss bank began compiling the data in 2000, and a level “possibly not seen for almost a century,” the researchers write. For those on the other end of the wealth spectrum, meanwhile, the numbers are reversed. The poorest half of the world’s population owns just 1 percent of its assets.

Though these inequality figures fall in line with longer-term trends, they also reflect financial markets that have experienced an uncommonly long bull run, especially in the United States. Financial assets have seen a 6 percent rise in the share of total wealth since 2008, benefiting the wealthy, who hold a disproportionate amount of capital. 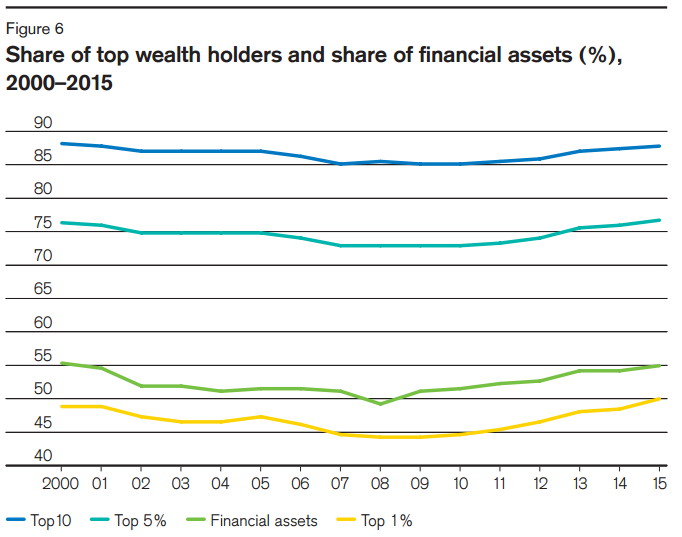 The overall rise in global wealth continued to be driven in large part by China and the emerging markets, which have doubled their aggregate wealth since 2000. China, whose wealth has grown fivefold since the beginning of the century, was shaken by market turmoil in the middle of the year but still managed to add $1.5 trillion in wealth.

The strengthening dollar accounted for the global contraction in wealth, down to $250.1 trillion, a level near that of 2013. Europe was the most sharply affected by this trend, with total wealth falling $10.7 trillion.