More than a century after overthrow, a 30-day vote begins November 1 for delegates to a constitutional convention. 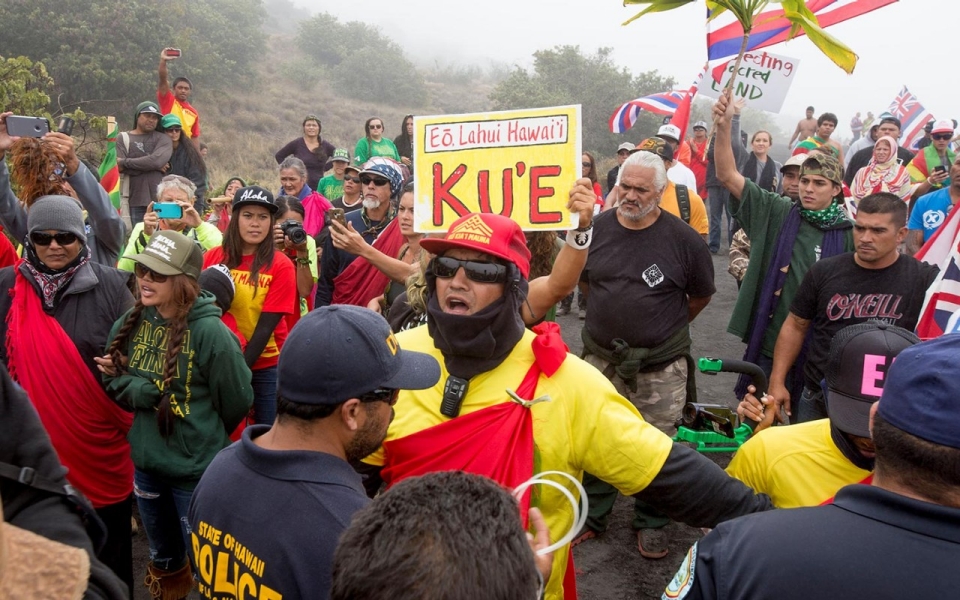 Native Hawaiians starting voting on Nov. 1 to elect delegates to a constitutional convention on the issue of sovereignty. Holly Johnson / Tribune-Herald / AP

30 Oct 2015 — In 1893, Queen Liliuokalani, the last monarch of Hawaii, yielded power to a group of businessmen backed by Marines in order to avoid the bloodshed of her people. She did so believing that the U.S. government, when presented with the facts, would eventually restore the Hawaiian kingdom. Instead, the coup led to the dissolution of Hawaiian sovereignty and the tropical archipelago’s eventual admission to statehood. 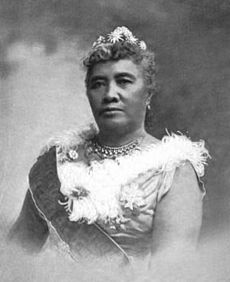 Now, more than a century after the overthrow, a historic election seeks to return sovereignty to Native Hawaiians, a people still stinging from the bitter ruin of colonization, when Hawaiians had their lands stolen, their hula outlawed and their language purged from schools.

On Nov. 1, a 30-day voting period will open to more than 100,000 Hawaiians certified by the state-sanctioned Native Hawaiian Roll Commission to elect delegates who will represent them in Honolulu this winter at an eight-week constitutional convention for self-governance. More than 200 Hawaiians on the mainland and across the islands are campaigning for 40 seats at the planned assembly, where the paramount task will be to draft a document that guides the creation of a new government by and for Native Hawaiians.

Native Hawaiians are the only indigenous group in the U.S. without their own political structure.

“People come to Hawaii and think it’s just a tourist destination,” said Rowena Akana, a trustee of the Office of Hawaiian Affairs and a candidate in the upcoming election. “They know nothing about how the natives here have suffered and still suffer today. This election is very important because it’s an opportunity to seek some reparation. This is our chance to make a comeback.”

The nation building process is being organized by Na’i Aupuni, a private nonprofit. In Hawaiian language, na’i means “the one who conquered” and aupuni means “created the kingdom.”

Election results will be announced Dec. 1.

A cycle of grief

“For the first time in over a hundred years, there will be a definitive voice on Native Hawaiian issues,” Danner said. “A definitive and recognized government to speak for our culture, our people, our issues, instead of county or state government attempting to have a sub-committee within their agencies or structures to mouthpiece the value of native viewpoints, which has not worked well at all.” 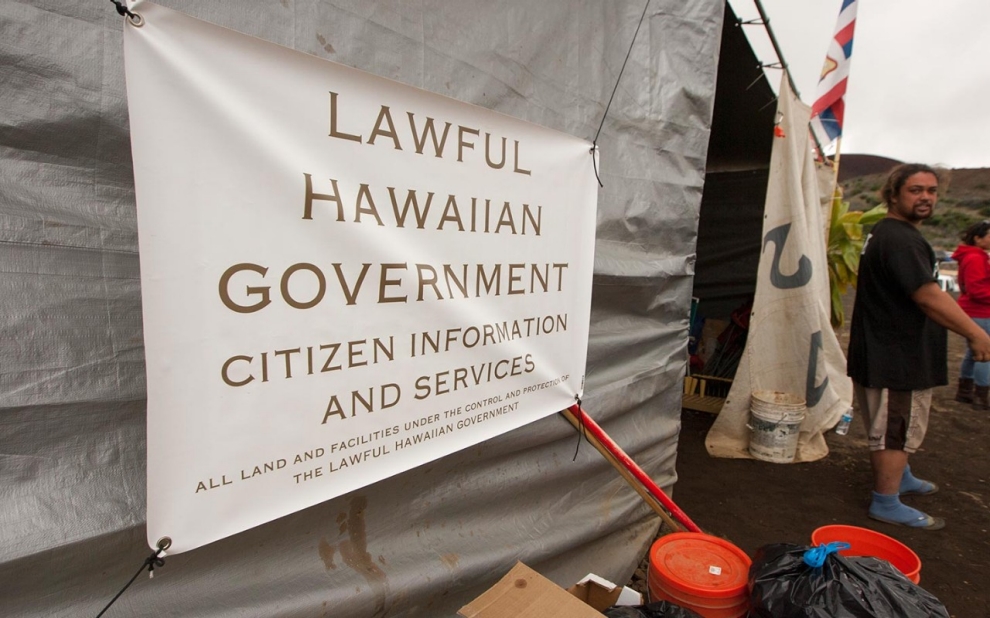 The 30-day voting period for the election will select delegates for an eight-week constitutional convention on self-governance to be held this winter. Caleb Jones / AP

A prime example of the philosophical divide over land and resource management  nherent in the relationship between the state and the Native Hawaiian community is the battle over plans to build the world’s most powerful telescope atop Mauna Kea, a 32,000-foot volcano on the Big Island of Hawaii where ancient Hawaiians believed the gods lived. Protesters have halted the construction of the Thirty Meter Telescope (TMT) for six months and counting, claiming that the mountain’s cultural significance is being sacrificed for science.

Gov. David Ige has ordered several of the dozen telescopes already located on the mountain to be decommissioned. But he has refused to stop the TMT construction. With protesters still on the mountain, the case is being heard by Hawaii’s Supreme Court.

Off the mountain, and in everyday life, the Native Hawaiian community is plagued by poverty, homelessness and the erosion of native traditions. Hawaiian students rank among the lowest groups nationally in reading. Hawaiian high school graduation and college acceptance rates fall below the national average. The high cost of living in the island chain, widely viewed by outsiders as a carefree palm tree paradise, has many native families focused on just trying to survive.

“Being native in the United States is like living a cycle of grief,” Danner said. “Because being native in the United States is to have lost something powerful. First, you’re depressed. Then you’re angry. Then there is some acceptance and then you get to a point where you say, ‘What am I going to do about it?’ As a people I think we are at the stage where we are ready to do something about it.”

Momentum has been building for decades. Since the Native Hawaiian renaissance in the 1970s, Hawaiians have been working to rebuild their culture. Along with these successes are hard-fought efforts to return a measure of self-determination to the Hawaiian people.

“We really don’t have a place where our people can vote in leaders who can come together to debate and come to a consensus on issues that are important to us,” said Bill Meheula, an attorney for Na’i Aupuni, the non-profit organizing the election. “Instead what you have is a number of different groups advocating things with no way of collectively moving forward.” 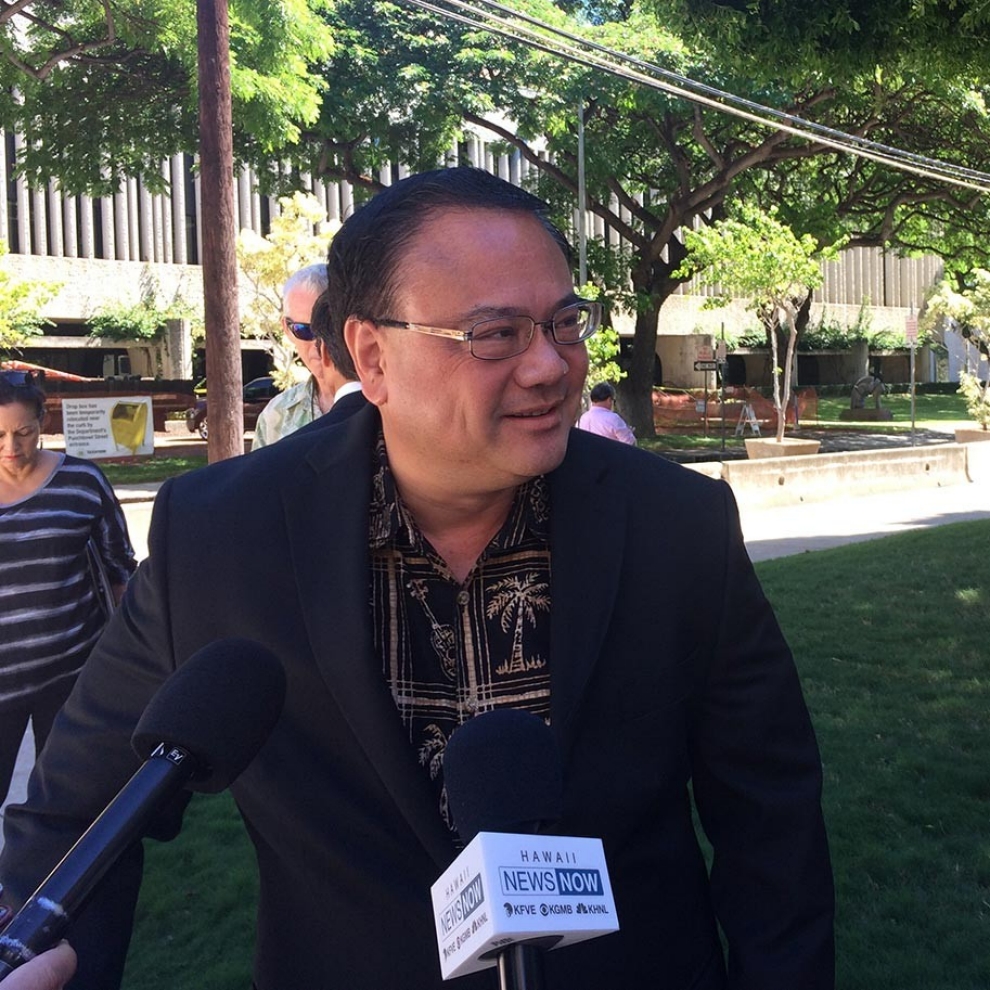 Kelii Akina is the president of public policy think thank Grassroot Institute of Hawaii and a plaintiff in a lawsuit that challenged the Native Hawaii election in federal court in October.Audrey McAvoy / AP

This election, he said, could change that.

An attempt to halt the election on the grounds that it’s discriminatory and therefore unconstitutional was shot down by a federal judge nine days before the start of the voting period. U.S. District Court Judge Michael Seabright said Na’i Aupuni is a private election, and private elections are permitted to limit voter eligibility by race.

The injunction motion is part of a lawsuit brought forth by the conservative interest group Judicial Watch and the public policy think tank Grassroot Institute, which is based in Honolulu. The plaintiffs include two non-Hawaiians who aren’t eligible to participate in the election and four Hawaiians who argue that it’s discriminatory.

“The real harm of this election is it fosters a kind of racial discrimination that damages our greatest product in Hawaii, the aloha spirit,” said Keli’i Akina, president of Grassroot Institute. “The net effect of a race-based election to establish a race-based government will only serve to divide people from one another. Racial tensions are already on the rise in the nation and it’s a terrible thing to also see this becoming the case in the Aloha state.”

The plaintiffs are expected to appeal the court’s decision.

The stakes are raised

Citizens of a federally recognized Native Hawaiian government would be eligible for a special kind of dual citizenship. They would be able to become citizens of whatever form of native governance the Hawaiian community decides to create while also retaining all the benefits of American citizenship. These are the rights former U.S. Sen. Daniel Akaka spent more than a decade trying to secure for Hawaiians through the passage of what’s popularly known as the Akaka bill.

Not all Hawaiians, however, support federal recognition. Some want nothing to do with the U.S. government that overthrew Queen Liliuokalani.

Congress formally apologized for the overthrow of the Hawaiian kingdom in 1993 in a joint resolution that acknowledges that the overthrow was “illegal” and expresses its “deep regret to the Native Hawaiian people” as well as its support for reconciliation. The resolution has fueled the desires of some Hawaiians who are seeking to reinstate the Hawaiian kingdom, dissolve the State of Hawaii and do away with the U.S. government entirely. 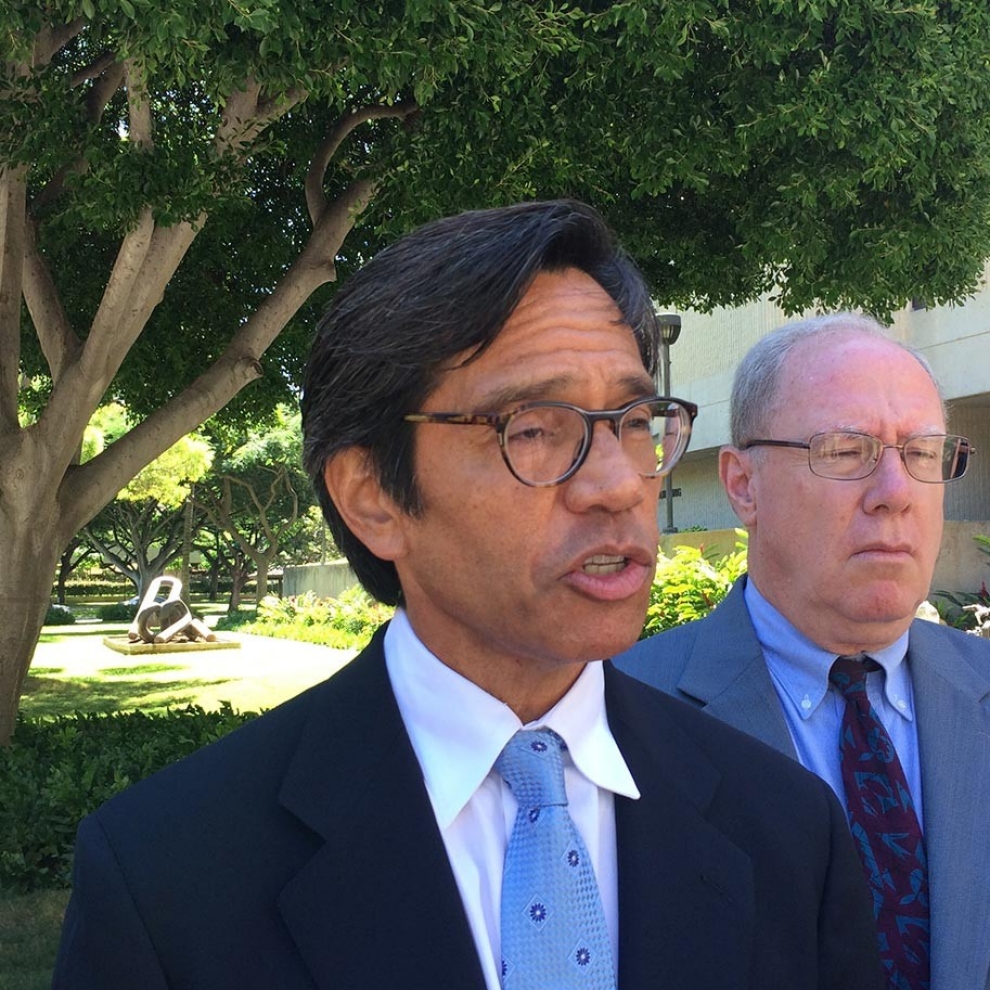 Bill Meheula is the attorney for Na’i Aupuni, a private nonprofit that is organizing the nation-building project for Native Hawaiians.Audrey McAvoy / AP

Not all Hawaiians, however, support federal recognition. Some want nothing to do with the U.S. government that overthrew Queen Liliuokalani.

Congress formally apologized for the overthrow of the Hawaiian kingdom in 1993 in a joint resolution that acknowledges that the overthrow was “illegal” and expresses its “deep regret to the Native Hawaiian people” as well as its support for reconciliation. The resolution has fueled the desires of some Hawaiians who are seeking to reinstate the Hawaiian kingdom, dissolve the State of Hawaii and do away with the U.S. government entirely.

Whether a new Native Hawaiian government should seek a government-to-government relationship with the U.S. or total independence is expected to be one of the primary issues that the elected delegates will debate at the planned constitutional convention. It’s a debate that no doubt will be heated.

“In any ethnicity you’re not going to have total buy-in on any important issue,” said Meheula, the Na’i Aupuni attorney. “We’re no different on that than anyone else. The fact that we don’t have a government, I think, exacerbates the tendency for us to not agree with each other. A government is how people reach agreement. It’s that total process of electing leaders to debate the issues with transparency that lends itself to reaching general consensus in any community.”

Melody MacKenzie, director of the University of Hawaii’s Ka Huli Ao Center for Excellence in Native Hawaiian Law, said she believes Hawaiians on both sides of the debate can work together to create a political structure that will help ensure that Native Hawaiian culture not only survives, but thrives.

“To me, it’s ironic that we’ve been colonized and we’ve been taught by the American system to each have our own voice and opinion, yet now the fact that we each have our own opinion makes us seem divisive,” MacKenzie said. “Ultimately, what we all want is what’s best for our people. This election is an opportunity for a large group of us to come together with some realistic expectation that we’re going to come to a resolution and finally figure that out.”

One Response to “USA: Historic Election Could Return Sovereignty to Native Hawaiians”