A Happy & More Just and Peaceful New Year FOR ALL! -> Reduce the Great Divide between Rich and Poor

There are great divides that need healing in Hawaii, the U.S. and the world. Honolulu has the largest number of homeless per capita of any city in the U.S. The gap between rich are poor widens. Here on Hawaii Island there are an increasing number of homeless and people in need of food, while $50-100 million dollar private jets crowd the Kona airport bringing the super rich to vacation in luxury homes and resorts. Native Hawaiians in their illegally occupied homeland, now #4 in census figures are #1 in prison, have the lowest life expectancy, and are at the bottom in nearly every other social category. 27 thousand Hawaiians remain on the Hawaiian Homes waiting list while tens of thousands have left Hawaii because they can no longer afford to live here. Working people in general are finding it increasingly difficult to make ends meet while Hawaii becomes a playground for the super-rich. 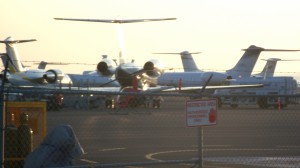 Dec 30, 2015 Kona airport private jets. It gets so crowded with dozens and dozens of private jets that some have to park in Hilo or in the other Hawaiian island of Maui.

Throughout the U.S., the call that “Black Lives Matter” seems to be falling on deaf ears. Nearly every day brings new horrors of police violence which add to the climate of fear and hatred. Hostility to immigrants and refugees by many political candidates only widen divisions.

Globally, the signs of man-made climate disaster are everywhere. Extremes in weather patterns, intense killer storms can no longer be ignored. The world is in a state of perpetual war with the U.S. leading the way in creating chaos and what the CIA calls “Blowback” – growing hatred and violence in response to U.S. policies of violence –regime change, bombings, drone killings, etc. in a growing number of countries. The U.S. is a global empire: the most heavily armed country in the world and the world’s biggest exporter of weapons. The U.S. exports roughly half of all weapons shipped around the world. A Congressional Research report and a N.Y. Times article about the report says: “Every region of the globe has the same top weapons source: the United States. Three-quarters of U.S. weapons shipments are to the Middle East. Top recipients of U.S. weapons include Saudi Arabia, Iraq, U.A.E., Israel, Kuwait, Oman, and Egypt. The human-rights respecting liberal democracies among top recipients of U.S. weapons include … no nations whatsoever.” http://www.nytimes.com/2015/12/26/world/middleeast/us-foreign-arms-deals-increased-nearly-10-billion-in-2014.html?

Add to this list of horrors the increasing risk of further Fukushima nuclear plant catastrophes related to climate disaster storms, plus the risk of nuclear weapons being used by nations, groups, or individuals in escalating cycles of violence. Given all of the above, the prospects for a Happy New Year appear rather bleak. What is needed is a our personal and collective commitment to a more peaceful, just, and livable world and to follow up that commitment with walking the talk. No more hot air! End these wars! Stop the violence! Narrow the divides and heal our communities! If we want peace, work for justice in a way that respects all people and the earth we share. As we say in Hawaii, it’s time to