January 17th marks the date of the illegal overthrow of Hawaii’s Queen Lili’uokalani and the Kingdom of Hawaii in 1893 by U.S. business interests with the assistance of U.S. Marines. It is a crime and injustice still waiting to be undone and restitution made – 123 years late. But better late than never!

January 18th marks the holiday in the U.S., and U.S. occupied Hawaii, named for the late Dr. Martin Luther King. Jr. who was a champion for civil rights, justice, peace and the power of nonviolent action. Dr. King was assassinated in 1968. A jury in a wrongful death suit brought by the King family determined King’s killing was “an act of State.” In short, King’s assassination was a U.S. government operation, not the work of a lone assassin. 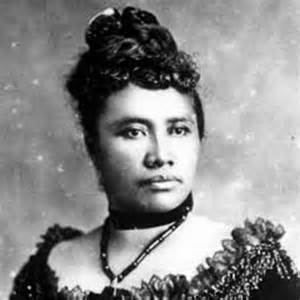 Though having bombed 7 countries, and assassinated thousands by drone strikes, U.S. President Barrack Obama in his 2016 State of the Union address spoke highly of Dr. King’s belief that “unarmed truth and unconditional love will have the final word…” Dr. King did not support bombing anyone.  He shared a belief similar to Queen Lili’uokalani. Hawaii’s Queen did not advocate violence in response to the illegal and unjust overthrow of her government. She yielded power temporarily to save lives and with the belief that no lie can live forever.

Today, Kingdom of Hawaii nationals, African Americans, and others are continuing the call for justice. Hawaii nationals, rightfully so, want their nation back. African Americans want their call that “Black Lives Matter” to be taken seriously.  All movements for justice, peace, and civil rights, like Birmingham, Selma, stopping wars and bombing of Kaho’olawe, Pohakuloa, and protecting Mauna Kea, etc. require committed, sustained, nonviolent action. In Hawaii we call this belief and spirit of  “unarmed truth and unconditional love” — Kapu Aloha. Indeed, Truth and Love, not bombs, should have the first and final word. 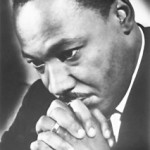 Keep Your Eyes on the Prize & Never Give Up!