Spain Has Fallen – Not like Greece – But Fallen All the Same 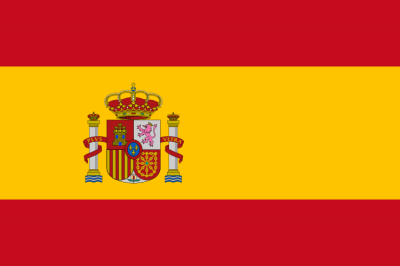 The Spanish elections – 20 December – were a deceit and a farce. Nobody seems to notice. At least not those concerned, the ignorant electorate, those who will suffer again possibly under a new neoliberal Rajoy leadership.

22 Dec 2015 – People forget and are vulnerable to propaganda and lies and manipulations through the bought media in Europe as much as in the US. And this in Spain of all places, where unemployment is still hovering around the 20% – 25% mark, with youth unemployment around 50%, and where an average grad student coming out of university earns on average 1,000 euros or less per month, if he can find a job; hardly a liveable wage.

Others have to survive on monthly incomes in the 500 to 800 euro range. Spain, a country like Greece, where neoliberal troika policies cut minimum wages, pensions, increased retirement age, privatized the health system – and are at the verge of privatizing education. Spain, a country where the ruling Partido Popular (PP) was and still is involved in horrendous corruption scandals all the way to the top, as was widely divulged earlier this year even by the mainstream media. Does it not seem absurd that in this miserably down-trodden Spain, the largest single block of people are no more awake than voting again for their hangman?

Maybe they are awake, but stunned of the results and are too tired from working for peanuts than ‘wasting’ their scarce spare-time to investigate election results, analysing how elections could have turned out the way they did: The arch-conservative neoliberal PP winning a majority of parliamentary seats – 123 (28.7% of votes), though a far cry from the absolute majority (176) and a drop of 64 seats from 2011; the PSOE (Socialist Party) coming in with 22% and 90 seats (down 20), its worst result ever; the up-and-coming PODEMOS – gaining 69 seats (20.7%); and the new center-right Ciudadanos Party winning 40 seats (13.9%), the latter two from basically zero in 2011.

Forming a new Government with these fractured election results will not be easy. While the new Congress is normally responsible for choosing the new Prime Minister, in the present divided Spain it is likely that King Felipe will have to intervene, negotiating with the leading parties to propose a candidate that suits them all. This process starts officially on 13 January 2016, when the new deputies are sworn in and the speaker is selected. If the Monarch’s suggested candidate doesn’t get an absolute majority in the first round, there will be a second round of voting 48 hours later, where the proposed candidate must only receive a majority of the cast votes. Failing this, new elections will have to be called within two months. This would be a first in Spain’s history. The socialists have already said they would not support the incumbent, Mariano Rajoy. But will they stick to their promise?

The 2015 Spanish elections beg two questions: First, how come that in the traditional two-party system, suddenly four parties emerge, three of which of almost equal strength, PP, PSOE and Podemos, and the fourth, Ciudadanos rapidly growing. Together they accumulate 322 of the 350 seats, or 85.3%. The two new ones, Podemos and Ciudadanos (also called C’s) grew from basically nothing in March 2014, some 18 month ago, to take a total of 109 parliamentary seats, almost one third of all seats. That is unheard of anywhere in the western world. This coincides with the time when in Greece Syriza started making headways.

Second, how come that in a country where 80% to 90% of the population suffered misery and social hardship from the neoliberal PP-imposed austerity programs – still vote with a considerable majority for the party that punished them? Is this the Stockholm syndrome, or what? – Is there perhaps something else behind it?

Spain was ruled by fascist General Francisco Franco for 39 years, from 1936 to his death in 1975. Out of the Civil War (1936-1939) grew an authoritarian, nationalistic fascist party, the Falangistas. They became Franco’s official ruling party in 1939. The Falangistas were instrumental in commandeering death squads and ‘disappearances’.

After WWII Spain was internationally considered a pariah state due to her fascist and oppressive government and was kept out of the UN, the Marshall Plan and NATO. Nevertheless, in 1953 Washington tempted by the peninsula’s strategic situation entered into an alliance with Franco by signing the Pact of Madrid. It was a calculated step for the US to establish military bases which guaranteed America’s support for the dictator – who was also a fierce opponent of the Soviet Union. Spain was admitted to the UN in 1955 and eventually seven years after Franco’s deaths, in 1982, Spain became the 15th NATO member.

During Franco’s reign, the Falangistas solidified as a dictatorial fascist party. After Franco’s death, the party did not disintegrate; to the contrary, to this day it remains very influential with close ties to the Catholic Church. With this semi-clandestine right-wing political scenario alive and well, wouldn’t it have been relatively simple for Washington to pull the strings and creating a multi-party divided Spain, easier to manipulate and to control? Another form of divide and conquer. US global interests wanted to avoid the risk of another Greece, where the left would come to power and would need to be smashed as did happen with Syriza under the command of Anglo-Zionist Washington – implemented by the troika (European Central Bank, European Commission and IMF).

Had it not been for most likely criminal threats to the lead-politicians of Syriza, Greece was at the point – and still is – of disintegrating and exiting the euro – and possibly also leaving the EU – the European non-Union. Another ‘Greece’, as Spain could have become, might have prompted not just a ‘Spaxit’, but most probably the collapse of the EU altogether. That would have been an unforgiveable and probably unrepairable disaster for the Unite States which needs Europe as its puppet union of states directed by Washington lackeys in Brussels, for trade and manipulating markets, as a monetary stability base and for highly qualified cheap labor; and – maybe most importantly – as a vital buffer vis-à-vis Russia and the emerging eastern alliance with China – the BRICS and SCO (Shanghai Cooperation Organization) states.

For those still in doubt – the Unite States of America were the initiators and creators of the European Union, carefully planned, step by step, from the Brussels Treaty after WWII in 1948, to the Paris Treaty 1951/52, to the Modified Brussels Treaty 1954/55, to the Treaty of Rome 1957/58, and eventually to the Merger of Treaties in 1965/67 forming the three pillars of the European Community (European Atomic Energy Community (EURATOM), European Coal and Steel Community (ECSC), European Economic Community – EEC); leading to the Maastricht Treaty of 1991/92 – the foundation of the European Union, enhanced and modified by the Amsterdam Treaty, 1997/99; followed by the Nice Treaty, 2001/2003; and finally the 2007/2009 Lisbon Treaty, currently in force.

You may notice the European Union has no Constitution; and none of the various Treaties foresees a political European Union, one that would have solidarity of federal nations as a fundamental basis. A 2004 attempt to establish an EU Constitution was immediately boycotted by the UK as a proxy for Washington, so as to have subsequent popular votes in France and the Netherlands fail.

A Union of nations without a common political agenda and goal cannot have a sustainable common currency. That’s where the thought process may have failed. The Euro may sooner or later be doomed to collapse and so may be the European Union; the sooner the better. The prompting of the process of dissolving this fake union, of breaking loose of the nefarious fangs of Washington and NATO, will be a sign of the European populations’ awakening and wisdom.

Reflecting on the Spanish elections of 20 December 2015, putting them into context with never ending austerity imposed by the rich on the poor, resulting in a never ending economic ‘crisis’ – leading to ever richer banks and an ever richer Anglo-European elite — may hopefully be a trigger for action.

Peter Koenig is an economist and geopolitical analyst. He is also a former World Bank staff and worked extensively around the world in the fields of environment and water resources. He writes regularly for Global Research, ICH, RT, Sputnik, PressTV, CounterPunch, TeleSur, The Vineyard of The Saker Blog, and other internet sites. He is the author of Implosion – An Economic Thriller about War, Environmental Destruction and Corporate Greed – fiction based on facts and on 30 years of World Bank experience around the globe. He is also a co-author of The World Order and Revolution! – Essays from the Resistance.