12 Dec 2019 – A recent article “NATO is Brain Dead” described the obsolescence Of NATO and NATO’s defense mechanisms against non-existence enemies. Amazing – with pretense of protection and security in Europe and the world, against Russia and China and fighting against “terror” – as the endless war against endless terror fought by the same forces which create the endless terror – is a very lucrative absurdity. 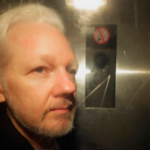 3 Jun 2019 – Julian Assange is being slowly murdered by “Her Majesty’s Prison Service” at Belmarsh prison in the south-east of London. The prison is notorious for holding people who have never been charged with a crime indefinitely. It is also called the British version of Guantanamo, and, typically used to detain so-called terrorists. 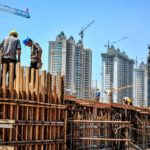 China’s economic philosophy is a far cry from that of the west. 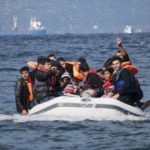 14 Nov 2018 – An Israeli private military contractor, Elbit Systems Ltd, has been awarded a contract to Monitor European shores. Israel’s private defense contractor has “won” a 68 million dollars two-year contract, renewable by another two years, to survey the Mediterranean Sea and most of European coastlines and to report to Brussels and the countries’ authorities. Universal surveillance and fascism are on the march – and running ever faster.

12 Apr 2018 – When such poison gas attacks are mere false flags, or by the new term, “false news”, and are used to provoke war, perhaps an all annihilating war, then humanity has turned to what it never should have become–a lowly-lowly herd of brainless zombies. Is that what we have become, brainless, greedy, selfish beings, no sense of solidarity, no respect for other beings–any living being? 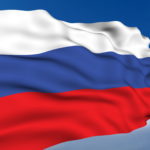 31 Mar 2018 – What if the current UK virulent and violent Russia slandering campaign is but a dry-run for much worse to come? – By now the mental state of western society is at the level of Hitler’s Propaganda Minister, Goebbels’, statement – “Let me control the media, and I will turn any Nation into a herd of Pigs”. Yes, that’s what the west has become, a herd of pigs. 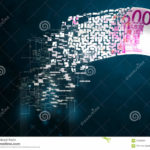 28 Dec 2017 – The other day I was in a shopping mall looking for an ATM to get some cash. There was no ATM. Cash machines gradually but ever so faster disappear, not only from shopping malls, also from street corners. This new cashless money model is progressively but brutally introduced to the Swiss and Europeans at large as they are not told what’s really happening behind the scene. 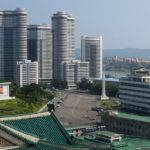 The Democratic People’s Republic of Korea (DPRK) is being choked into submission if not starvation by the UN Security Council, by a vote of 15 : 0; i.e. unanimously. None of the 15 UNSC states, let alone the five permanent members, have had the guts to say no to a killer Resolution, drafted and proposed by the United States of America, a name that increasingly stands for international rogue and crime nation.

Spain Has Fallen – Not like Greece – But Fallen All the Same
Peter Koenig - Global Research, 4 Jan 2016

The Spanish elections – 20 December – were a deceit and a farce. Nobody seems to notice. At least not those concerned, the ignorant electorate, those who will suffer again possibly under a new neoliberal Rajoy leadership.

Argentina’s able President Cristina Fernandez speaks not only for her country, when she talks about victims of economic and financial terrorism, but for all those African, Latin American and Asian countries which are oppressed by the killing boots of Wall Street and the IMF.

Why would a New York Court have jurisdiction over a sovereign country? There is no bankruptcy law for sovereign nations. Argentina must not obey judge Griesa, or any US ruling interfering in its sovereignty – in its handling of sovereign debt.