The Corona Crisis: Is the Tide Turning? “A Rapid General Awakening”?

6 Jan 2022 – Early indications are that the tide may be turning, that “peak-covid tyranny” may have been reached. Going into 2022 under these new apparent signs could mean a rapid general awakening, to the point of reaching a critical mass of people who start doubting the going billion-dollar propagated narrative. That would be good. It’s never too late.

Though a lot of damage, health-wise, socially as well as economically has already been done, but a lot more could be done – and is, in fact, planned – through the UN Agenda 2030. We must stop this diabolical agenda.

The forced “vaccination” programs, throughout Europe, and strangely, to a lesser degree in the US, where apparently US states have more authority and autonomy than have European Union (EU) member countries, are creating enormous physical (like in diseases caused by the vaxxes), psychological and social harm.

Yes, you understood correctly, in Europe, the European Union (EU), entire so-called sovereign nations, are more subjected to tyrannical dictatorships than are US states, despite a dictatorial US President, who requests that every US citizen be “vaccinated” or else. His words are blown in the wind, when it comes to US State autonomy. Fortunately. We can just dream of such leadership in European nations. There ain’t. They are all bought, coerced or threatened into submission.

For example, US States do not accept QR-coded vaccine passports. The coercion to vaccination varies, but in most states, there is no forced vaccination. The most “liberal” states as far as vaxxes go, are Texas and Florida, where very few restrictions apply, if any. Many “rules” are voluntary and not imposed.

The Government of Japan requests that myocarditis warnings are put on vaccines, and that vaccination may only take place with informed consent. Vaccination is basically voluntary and at that, people have to be told about the risks they are taking, by accepting the jab – see this.

Indeed, immediate cardiac arrest, or myocarditis, an inflammation of the heart muscle, a direct result of the mRNA – “vaxx”, that could lead to lingering heart problems, as well as death. This has already happened in thousands of cases as a result of mRNA unproven gene-modifying experimental injections. See Dr. Sucharit Bhakdi (16 min. video). 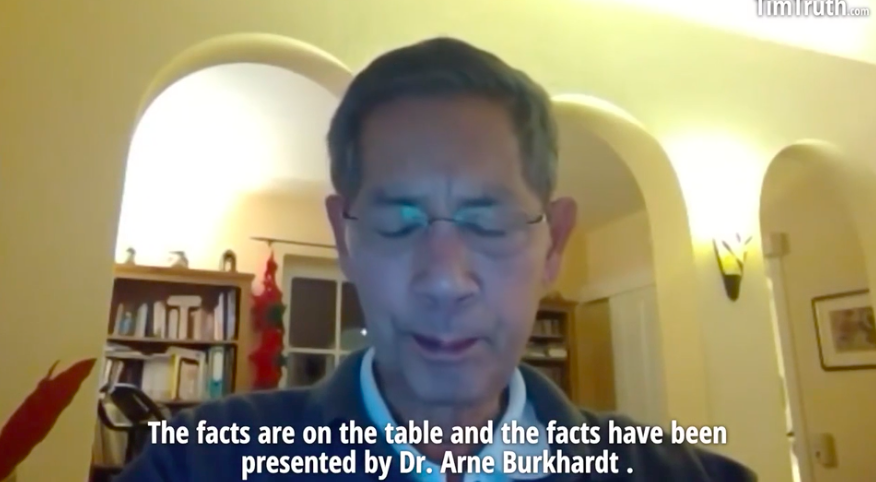 These efforts towards informed consent from Japan’s health authority are in stark contrast to the dictatorial and coercive measures taken by other countries to force citizens into taking the injection, downplaying and outright lying about potentially deadly side effects, as well as discouraging proper adverse event reporting.

In fact, Japan breaks ranks with the rest of the world.

Doctors worldwide have echoed Japan’s health authority warnings about the experimental gene-therapies – “vaccination” is a stark misnomer – side effects. However, this kind of proper informed consent has cost many doctors in western nations their licenses to practice medicine. The government has accused these doctors of spreading ‘vaccine hesitancy.’ They have threatened them to either conform to the current narrative or “else”. The” else” may include the worst threats imaginable.

Additionally, Japan is not only emphasizing informed consent, but is respecting bodily autonomy. Until the appearance of the coronavirus “pandemic”, the concept of “informed consent” was considered sacred to healthcare professionals in the West.

And here – just in – BREAKING news: In Israel they just discovered the latest sibling in the corona family. It’s called “Flurona”, a hybrid of flu and Covid. Very, very infectious. I kid you not. Health workers are just being forced into their 4th Covid jab (The Times of Israel) See this.

In the same train of thoughts and of equally powerful breaking news: In France they discovered the latest brand of the corona family “variants”, called “IHU”, which is more infectious than Omicron and spreads even faster – and, of course, current vaccines are likely to be worthless against IHU. So, what’s next? They are still debating on how to confront and fight this latest Covid-19 strain. See this French Health News.

One would think with so much “funny” BREAKING Covid information appearing at once, juxtaposing the real news of Japan’s dismantling obligatory Covid vaccination for their deadly “side effects”, or rather potentially deadly consequences, it would be a wake-up call for the still sleep-walking part of the population. One would hope. Let’s hope it’s more than hope.

In a “Final Warning to Humanity”, Dr. Michael Yeadon, former Vice President and Chief Science Officer of Pfizer, talks about myriad willful crimes against humanity by Pfizer, most of which are applicable to some extent to all mRNA vaxx-manufacturers. See this shocking video (54 min).

In addition, there is Pfizer’s scandalous confidential “Killer Report”. Within about 2 ½ months after vaxxing began (mid-December 2020), “Pfizer had already received more than 1,200 reports of deaths, allegedly caused by the vaccine and tens of thousands of reported adverse events, including 23 cases of spontaneous abortions out of 270 pregnancies and more than 2,000 reports of cardiac disorders.” See this.

In Romania, the Police Protests with the People

In Romania, the police will not enforce the Government’s covid rules, and they, the police, march en masse with the protesters – see video below. Should this make history, granted, it so far hasn’t, then the Covid lie would soon be dismantled and over.

The only recourse left for governments would then be calling in the army. This might become problematic for many members of the army, as in most so-called democracies, the army takes an oath not to fight against its compatriots, the people of the very country they were recruited to defend.

One such country that has abandoned all principles of democratic and civil freedom is Australia, where the army forcibly throws Covid-exposed, or suspected Covid-exposed people (like Australians returning from abroad) into quarantine camps; and where the chief medical officer warns the unvaccinated, “Your life will be miserable”.

According to this CBS report, Australia has seized to be a free country (7 min. video).

Then there is the New Zealand dictator, Jacinda Ardern, who says “there is no end point to Covid vaccines” – see this. She calls out to “her” citizens, “Those who were vaccinated six months ago, we really need them to come back or we need to go to them.” It is not clear what she plans to do with those who do not come back for their next shot. The worst is to be expected as she says there is no end in sight for the covid vaccine program.

Now comes the whammy, revealing news. You might be surprised to hear – or not – that many, if not all, of the most tyrannical leaders (sic), took Klaus Schab’s (WEF) intensive course for “Young Global Leaders”. Among them are New Zealand’s Ms. Ardern; The Australian Prime Minister and several of Australian’s Provincial Governors; Canada’s Mr. Justin Trudeau; France’s Mr. Emmanuel Macron, Costa Rica’s President Carlos Alvarado Quesada; Madame Angela Merkel – and many more – just to give you a taste, so you may judge for yourself, who is at least part of the Big Orchestraters of this deadly game of never heard-of tyranny in recent history. See this.

Ms. Ursual von der Leyen, President of the unelected European Commission is a Member of the Board of Trustees of the World Economic Forum.

In Germany, protests against “Covid measures”, especially coerced vaccination, over the past 2 weeks have covered most major cities, starting peacefully, then turning violent, mostly reacting to violent police interference. Hundreds of thousands – if not millions – took to the streets throughout Germany over the past few weeks. There is no end in sight as long as the German Government insists on forced vaccination, and the QR-coded Covid Pass.

Why is the QR-coded Covid pass so evil? Because everything you ever do, wherever you go and you have to show your Covid pass, grocery shopping, to the hairdresser, your entire health or disease record, or god-forbid, you have to check-into a hospital or see your medical doctor – all, and more, will be recorded on your QR-code. And you don’t know it. It’s centrally government controlled.

It’s no longer a secret to the people of Germany, that thousands and thousands of Germans have died as a result of the experimental mRNA injection, and tens of thousands were injured, many of them with lasting hindrances, who will live miserable rest of their lives and may eventually also die premature deaths.

In Austria, the first country to introduce compulsory forced vaccination – and Covid passes (meaning, vaccination certificates) for everybody, protests also abound – endlessly. And as people’s protests do not relent, those who have been believing and following the Covid narrative and propaganda, may gradually wake up to a reality they didn’t want to accept. But once this reality is laid open for everyone to see, there is no way back.

That’s when the tide turns. We are not quite there yet, and it may take a while until the enemy has exhausted all its propaganda and coercive weaponry – but the light at the end of the tunnel is visible.

One might wonder, what will happen to all those world leaders, and to all those who have commandeered the world leaders to commit these unspeakable crimes? Are they preparing a spaceship – or have they already prepared one with a several thousand men / women capacity, to fly the murderers to a distant planet? Is this one of Elon Musk’s secret plans? It may sound like fantasy, but perhaps it is not so far-fetched.

Just think of the recent (2021) star-studded movie, “Don’t Look Up”. An outstanding parody of failed leadership, not unlike our current (western) world experience. Over the past ten/twenty years we have noticed that what looks like laughable fantasy, suddenly has become reality – in no time. We are entering this new epoch, where tomorrow may become today in a flicker.