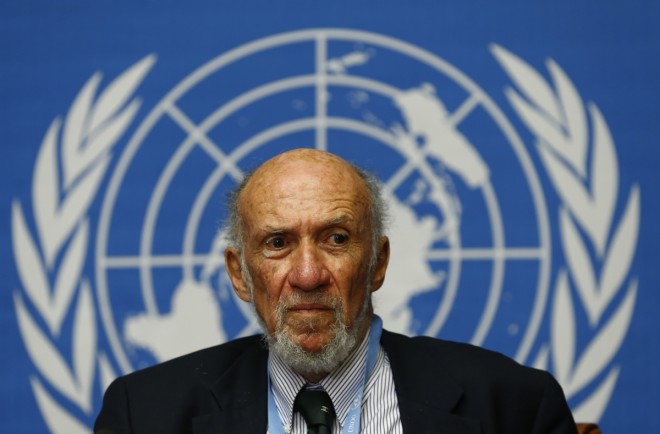 This post appeared on January 5th under a different title in the Electronic Intifada. It is published here in a slightly modified and extended form.

6 Jan 2015 – Makarim Wibisono announced his resignation as UN Special Rapporteur on Occupied Palestine, to take effect on March 31, 2016. This is position I held for six years, completing my second term in June 2014.

The prominent Indonesian diplomat says that he could not fulfill his mandate because Israel has adamantly refused to give him access to the Palestinian people living under its military occupation in the West Bank and Gaza Strip.

“Unfortunately, my efforts to help improve the lives of Palestinian victims of violations under the Israeli occupation have been frustrated every step of the way,” Wibisono explains.

His resignation reminds me in a strange way of Richard Goldstone’s retraction a few years ago of the main finding in the UN-commissioned Goldstone report, that Israel intentionally targeted civilians in the course of Operation Cast Lead, its massive attack on Gaza at the end of 2008.

At the time I responded to media inquiries by saying that I was shocked, but not surprised. Shocked because the evidence was overwhelming and the other three distinguished members of the UN fact-finding commission stuck by the finding. Yet I was not surprised because I knew Goldstone – a former judge of the South African constitutional court – to be a man of strong ambition and weak character, a terrible mix for public figures who wander into controversial territory. 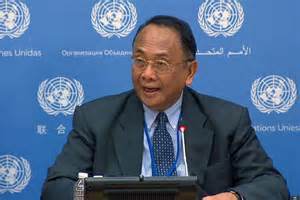 In Wibisono’s case I am surprised, but not shocked. Surprised because he should have known from the outset that he was faced with a dilemma between doing the job properly of reporting on Israel’s crimes and human rights abuses and gaining Israel’s cooperation in the course of gathering this evidence. Not shocked, indeed grateful, as it illuminates the difficulty confronting anyone charged with truthful reporting on the Palestinian ordeal under occupation, and by his principled resignation Wibisono doesn’t allow Israel to get away with neutering the position of special rapporteur.

It is worth recalling that when Wibisono was selected as my successor, several more qualified candidates were passed over. Although the selection guidelines stress expert knowledge of the subject matter of the mandate, Wibisono apparently gained the upper hand along with the acquiescence of Israel and the United States precisely because of his lack of any relevant background.

I can only hope that now the UN Human Rights Council (HRC) will redeem its mistake by reviving the candidacies of Professor Christine Chinkin and Phyllis Bennis, both of whom possess the credentials, motivation and strength of character to become an effective special rapporteur.

The Palestinians deserve nothing less.

When I met with Makarim Wibisono in Geneva shortly after his appointment as Special Rapporteur was announced, he told me confidently that he had been assured that if he accepted the appointment the Israeli government would allow him entry, a reassurance that he repeated in his resignation announcement. On his side, he pledged objectivity and balance, and an absence of preconceptions.

I warned him then that even someone who leaned far to the Israeli side politically would find it impossible to avoid reaching the conclusion that Israel was guilty of severe violations of international humanitarian law and of human rights standards, and this kind of honesty was sure to anger the Israelis.

I also told him that he was making a big mistake if he thought he could please both sides, given the reality of prolonged denial of fundamental Palestinian rights. At the time he smiled, apparently feeling confident that his diplomatic skills would allow him to please the Israelis even while he was compiling reports detailing their criminality. He told me that he was seeking to do what I did but to do so more effectively by securing Israel’s cooperation, and thus short circuiting their objections. It was then my turn to smile.

It is correct that the mandate itself is vulnerable to criticism as it does include an assessment of the responsibility of Palestinian administering authorities for violations of human rights, and only looks at Israeli violations. I tried to persuade the HRC unsuccessfully to have the mandate enlarged to encompass wrongdoing by the Palestinian Authority and Hamas. The arguments against doing so was that it had been difficult to get agreement to establish the mandate, and opening up the issue of its scope was risky, and also, that the overwhelming evidence of Palestinian victimization resulting from the occupation resulted from Israel’s policies and practices. Hence, it was argued by several delegations at the HRC that attention to the Palestinian violations would be diversionary, and give Israel a way to deflect criticism directed at the occupation.

What I discovered during my six years as special rapporteur is that you can make a difference, but only if you are willing to put up with the heat.

You can make a difference in several ways. Above all, by giving foreign ministries around the world the most authoritative account available of the daily realities facing the Palestinian people. Also important is the ability to shift the discourse in more illuminating directions, instead of limiting discussion to ‘the occupation,’ address issues of de facto annexation, ethnic cleansing, and apartheid, as well as give some support within the UN for such civil society initiatives as BDS and the Freedom Flotilla. By so doing you have to expect ultra-Zionist organizations and those managing the ‘special relationship’ between Israel and the United States to react harshly, including by launching a continuous defamatory campaign that seeks by all means to discredit your voice and will mount inflammatory accusations of anti-Semitism and, in my case, of being a “self-hating Jew.”

What both shocked and surprised me was the willingness of both the UN Secretary General and US diplomatic representatives (Susan Rice, Samantha Power) at the UN to bend in Israel’s direction and join the chorus making these irresponsible denunciations focused on a demand for my resignation.

Although periodically tempted to resign, I am glad that I didn’t. Given the pro-Israel bias of the mainstream media in the United States and Europe, it is particularly important, however embattled the position, to preserve this source of truth telling, and not to give in to the pressures mounted.

My hope is that the Human Rights Council will learn from the Wibisono experience and appoint someone who can both stand the heat and report the realities for what they are. It is hampering the performance of a Special Rapporteur to be denied Israeli cooperation with official UN functions, which is itself a violation of Israel’s obligations as a member of the UN. At the same time, Israel’s behavior that flaunts international law is so manifest and reliable information easily available that I found it possible to compile reports that covered the main elements of the Palestinian ordeal. Of course, direct contact with people living under occupation would have added a dimension of validation and witnessing, as well as giving some tangible expression of UN concern for the abuses being committed under conditions of an untenably prolonged occupation with no end in sight.

Until the day that Palestinian self-determination arrives, the least that UN can do is to keep open this window of observation and appraisal. After all, it is the UN that undertook back in 1947 to find a solution to the Israel/Palestinian struggle that acknowledged the equal claims of both peoples. Although such an approach was colonialist and interventionist in 1947, it has plausibility in 2016 given the developments in the intervening years. The UN may not be guilty in relation to what went wrong, but it certainly has failed to discharge its responsibilities with regard to Palestinian fundamental rights. Until these rights are realized, the UN should give this remnant of the colonial era as much attention as possible.