Drone, a Norwegian-made Documentary: “We Just Made Orphans Out of All These Children”

The use of drones by the United States for purposes of assassinations has greatly increased over the past decade. Hessen Schei’s movie brings together opponents of this specialized killing tool, including authors, commentators, human rights attorneys and investigative journalists.

The real heart and strength of Drone lies in its interviews with two former drone operators from the US Air Force, Brandon Bryant and Michael Haas, both young men suffering from post-traumatic stress disorder. 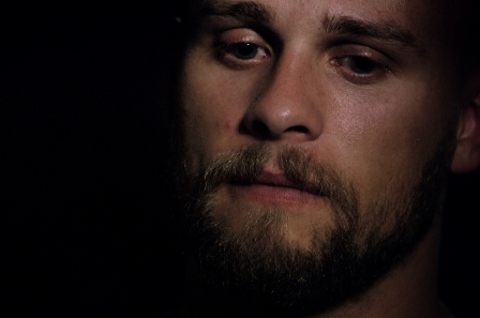 Bryant and Haas served in time periods that straddled the presidencies of George W. Bush and Barack Obama. One of Bryant’s entries in his diary: “On the battlefield there are no sides, just bloodshed. Total war. Every horror witnessed. I wish my eyes would rot.”

Hessen Schei presents images and stories focusing on the northwestern Pakistani province of Waziristan, a region that has been a particular target of homicidal American drone bombing.

Reprieve, the British human rights organization whose founder, Clive Stafford Smith, is interviewed in the film, points out: “To date, the United States has used drones to execute without trial some 4,700 people in Pakistan, Yemen and Somalia—all countries against whom it has not declared war. The US’ drones programme is a covert war being carried out by the CIA.”

In the documentary, Chris Woods, author of Sudden Justice, further observes that “nowhere has been more bombed by the CIA than Waziristan. The first recorded CIA done strike in Pakistan took place in 2004. The number of those strikes has accelerated.” He calls it “an industrialized killing program.”

In Waziristan, a young drone strike survivor, Zubair Ur Rehman, shyly tells the camera that “the drones circulate 24 hours a day. Two or three at a time. Always two, but often three or four. When we hear the sound of the drones, we get scared. We can’t work, play or go to school. It is only when it’s cloudy that we don’t hear the drones.”

The barbaric strikes, which have increased sharply under the Obama administration, are illegal under international and US law and amount to war crimes. In the Hessen Schei film, Pakistani photojournalist Noor Behram displays his dossier of devastating photographs of child victims of drone attacks: “Every time I sleep, I hear the cries of the children.”

Dronealso deals with the attacks on the would-be rescuers of the victims of the drone strikes. This is what the American military refers to as a “double tap.” Missiles are launched, killing and injuring people. Moments later, when nearby residents race to the scene to help the wounded, another round of missiles is fired. As one analyst points out, the US government, in many cases, has no idea whom they are killing. 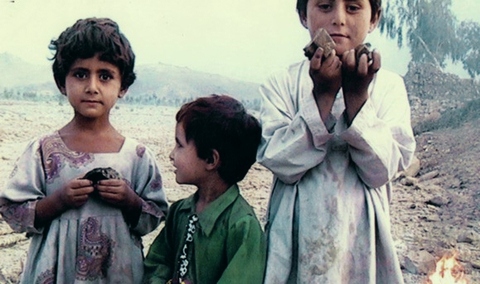 Aftermath of drone attack in Pakistan

Imran Khan, Chairman of the Pakistan Tehreek-e-Insaf, affirms that “when people gather round to save the injured [from a drone strike], there’s another drone attack! … You can hear the cries of the injured for hours because no one goes to help them.”

Another of the movie’s commentators emphasizes, “It’s never been easier for an American president to carry out killing operations at the ends of the earth … and when you define the world as a battlefield, it’s a very broad range of operations you can carry out.”

According to Woods: “You’ve got the president signing off on particular death lists; you have the US Air Force flying the drones; the Central Intelligence Agency responsible for the strikes; CENTCOM [United States Central Command] involved in launching and targeting of strikes; NSA [National Security Agency] providing intelligence for strikes … the entire apparatus of the United States government has been bent towards the process of targeted killings over the past decade.”

As a means of recruiting drone pilots, the military has developed “militainment”—war presented as entertainment. In the warped minds of the armed forces’ top brass, video gamers have skill sets that it values.

Former drone operator Bryant, who served as a sensor operator for the Predator program from 2007 to 2011, movingly explains that “I didn’t really understand what it meant to kill at first. … We sat in a box for nearly 12-hour shifts. … We’re the ultimate voyeurs. The ultimate Peeping Toms. No one is going to catch us. We’re getting orders to take these peoples’ lives. It was just a point and click.” 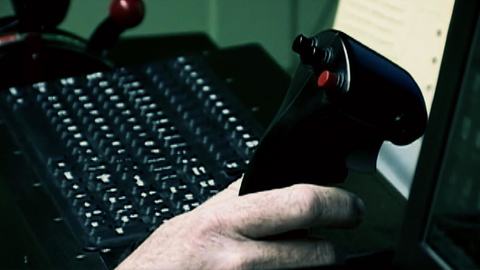 One of Drone’s interviewed experts argues the more distant the perpetrator is from the victim, the crueler the act of killing. The separation in space creates and encourages indifference. He refers to “the psychology of distance.”

Haas, who served in the US military from 2005 to 2011, participated in targeted killing runs from his computer at the Creech Air Force Base in Nevada that ended the lives of insurgents and others in Afghanistan some 8,000 miles away: “I joined when I was barely 20 years old. I did not know what I was in for. I thought it was the coolest damn thing in the world. Play video games all day and then the reality hits you that you may have to kill somebody.

“In our control room, they had a picture of the September 11 [2001] plane hitting the second [World Trade Center] building. They make you pissed off all over again just before you go do your job. ‘These guys have to die. These guys deserve to die.’ And you’ve got to make it happen.”

As opposed to the remorse felt by the former airmen, Andy Von Flotow, chairman of Insitu, which builds unmanned aerial vehicles (UAV) in the state of Washington, was in on the ground floor in the development of drones. He boasts that “we started this unmanned aircraft business in the early 1990s, shortly after GPS made it possible.” His company built a small airplane with a camera on it in 1999 to help tuna fisherman. While the fishermen did not buy the planes, “George Bush took us into his adventures.” Flotow claims that “we have 25 percent of unmanned flight hours in Iraq and Afghanistan. … War is an opportunity to do business.” 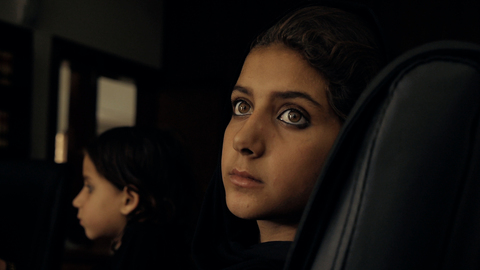 One of the most intense moments in the film occurs when Bryant opens up to the filmmakers: “I didn’t really understand what it meant to kill at first. It was horrible. The first time was horrible. The second time was horrible. The third time was numbing. The fourth time was numbing. But of course the first time sticks with you the longest [he describes the procedure]. … Then I watched this man bleed out … and I imagined his last moments. I knew I had ended something I had no right to end. I swore an oath, I did what I was supposed to do. I followed through with it. … It was like an image of myself was cracking up and breaking apart.”

Earlier in the film, he says: “Over the last five and one half years, 1,626 people were killed in the operations I took part in. … When I looked at that number, I was ready to put a bullet in my brain.”

Fellow drone operator Haas discloses that “you never knew who you were killing because you never actually see a face—just silhouettes and it’s easy to have that detachment and that lack of sympathy for human life. And it’s easy just to think of them as something else. They’re not really people, they’re just terrorists.” His military superiors, he remarks, “don’t have to take that shot or bear the burden—I’m the one who has to bear that burden. They don’t have to do the actions or live with the repercussions … and we just made orphans out of all these children. They don’t have to live with that. I do.”

The CIA drones program is global assassination without trial. The operations of this state-run murder machine are kept shrouded in secrecy by the Obama administration. While the outlook of the creators of Drone is not strong—essentially consisting of appeals to the United Nations and the Pakistani government—the movie provides further insight into the lawless and ruthless character of US foreign policy.

One Response to “Drone, a Norwegian-made Documentary: “We Just Made Orphans Out of All These Children””