Ending the Horror of Myanmar’s Abuse of Muslims 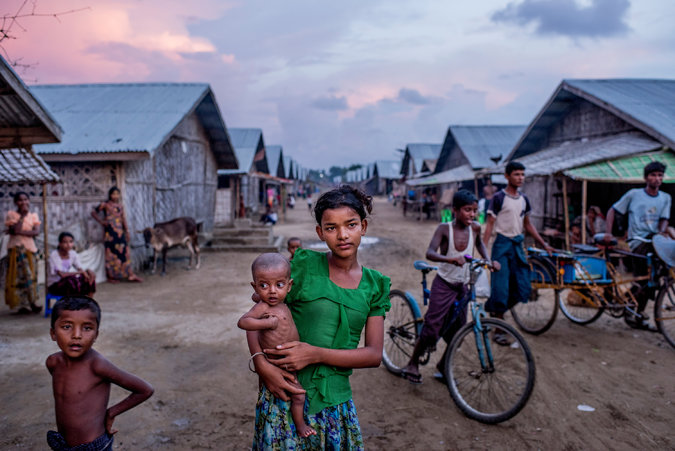 Undernourished Rohingya are a common sight at concentration camps in Sittwe, Myanmar. Credit Tomas Munita for The New York Times

By the hundreds of thousands, Muslims in Myanmar have been stripped of their citizenship, sent to concentration camps where they are deprived of basic medical care, jobs and even food, and held prisoners in villages they are not allowed to leave. Thousands more have fled the camps by risking their lives at the hands of criminal syndicates that traffic them to Malaysia and Bangladesh or force them into servitude on fishing boats.

The question now is what Daw Aung San Suu Kyi will do to ease their plight. Ms. Aung San Suu Kyi, the revered winner of the Nobel Peace Prize whose National League for Democracy party won a majority of seats in Parliament in November, was herself persecuted and held under house arrest. But during the campaign she remained stubbornly silent on the fate of the Rohingya, clearly a political calculation in a country where anti-Muslim sentiment had been whipped to a fever pitch.

Now that her party has won, as Deputy Secretary of State Antony Blinken pointed out at a meeting with leaders in Myanmar on Jan. 18, there is an urgent need to make sure the new government respects the human rights of all people when it takes power in March. Ms. Aung San Suu Kyi is already taking action to end festering conflicts between Myanmar’s military and armed ethnic groups, and promises to strengthen fragile democratic institutions and bring economic opportunity to Myanmar’s people.

But, as Nicholas Kristof recently pointed out in a column in The Times, these are political challenges, while what has been done to the Rohingya is “a crime against humanity.”

As soon as the political transition is complete, Ms. Aung San Suu Kyi and her party must move swiftly to redress discrimination against Myanmar’s Muslims and to end the Rohingya’s terrible plight. This means overturning Mr. Thein Sein’s egregiously discriminatory laws targeting Muslims, restoring citizenship to the Rohingya and other Muslims, allowing the Rohingya to leave the squalid camps to return to their homes and businesses and to travel, and outlawing hate crimes and hate speech toward religious minorities.

Some of the American economic sanctions originally aimed at forcing the military regime to end abuses, loosen its grip and move toward democracy remain in place, prohibiting American companies from doing business with corporations and individuals tied to the generals. They should remain in effect until the new government makes tangible progress on all human rights fronts.

A version of this editorial appears in print on January 25, 2016, on page A20 of the New York edition with the headline: Ending the Horror in Myanmar.