How Can Growth Reduce Inequality?

This year’s prize-winning essay from the Webb Memorial Trust.

10 Feb 2016 – Richard A Easterlin concludes Growth Triumphant, his 1996 defence of the unbridled free market, with a utopian vision of “never-ending economic growth, a world in which ever-growing abundance is matched by ever-rising aspirations”. Easterlin’s work, written in the triumphalist “end of history” mode that was prevalent in the waning years of the 20th century, seems quaint in this age of austerity. Yet it encapsulates the central components of the ideological defence of market-driven growth. 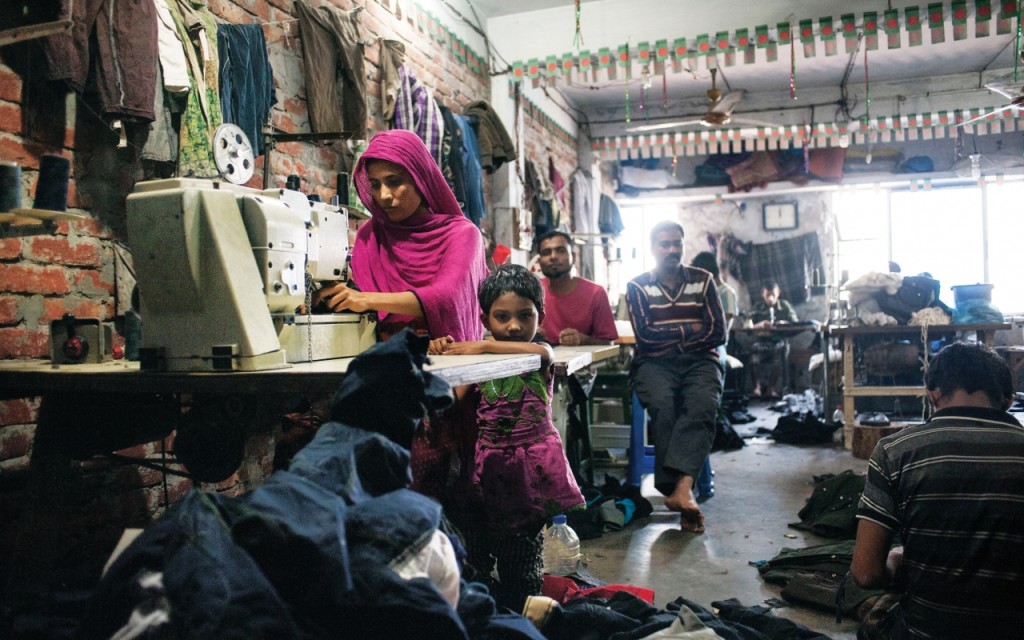 It is not true, as many critics of the market maintain, that growth is pursued for its own sake. The argument for growth is always implicitly moral. It relies on the belief that, in search of greater efficiency, the market will deliver a perpetual rise in profits that, in spite of existing inequalities, will trickle down to the majority of the world’s population. We still turn to the ­18th-century political economist Adam Smith for the most eloquent and cogent defence of this. In a less well-known but more apt use of his favourite metaphor, he argued that, in a free market, the rich “are led by an invisible hand to make nearly the same distribution of the necessaries of life, which would have been made, had the Earth been divided into equal portions among all its inhabitants, and thus . . . advance the interest of the society”.

Reality, however, differs from theory. As recent history proves, economic growth is often correlated positively with increasing inequality. According to the 2008 study Growing Unequal, published by the Organisation for Economic Co-operation and Development (OECD), income and wealth inequality have risen in most of the OECD countries since the 1980s, despite growth and higher government welfare spending (the situation has worsened since the financial crisis). Often, only a very limited amount of wealth trickles down to most of society. In the United States (one of the most unequal societies in the developed world), 91 per cent of income growth between 1989 and 2006 was appropriated by the top 10 per cent, according the Economic Policy Institute.

The defence of the free market ignores this. It is usually conducted at an abstract level, within a historical vacuum, which sustains the myths of meritocracy and free competition on which it rests. Yet we are all born into a pre-existing unequal society and the capital that we are born with plays a large role in determining whether we succeed or fail.

The same process contributes towards economic concentration and monopolisation. Just as individuals begin from a position of inequality in their pursuit of jobs, companies begin from a position of inequality in pursuit of markets. Over time, some businesses drive out competitors and occupy an ever-increasing share of capital and markets, which aids them in future competition. Although it is true that even the oldest and largest firms sometimes collapse, in general the historic unfolding of economic growth, wherever it is unimpaired by government regulation, has entailed the expansion of large enterprises at the expense of smaller ones and the growth of monopolies. The percentage of nominal US GDP held by the Fortune 100 companies, for instance, increased from 33 per cent in 1994 to 46 per cent in 2013.

Where the benefits of growth have reached the poor, as Beatrice Webb recognised, it is often in spite of market mechanisms. Government reforms – such as socialised health care, state education and minimum-wage legislation – have allowed greater access to the benefits of growth, along with political pressure from parties and unions that won these reforms. However, as government regulation has been relaxed, inequality has again increased.

The tendency for competition to intensify pre-existing inequality is even more insidious at an international level. The economic expansion of the Western world was driven by the exploitation of Africa, Asia and Latin America. Denial of this historic truth is sadly common in the economics profession, in which one can find reputable books, generally written by white, European authors, which blame African poverty on the “institutions” of African society and proclaim: “The main reason why Africa’s people are poor is that their leaders have made this choice.” This denial of colonial exploitation was reiterated last September by David Cameron who, responding to the justifiable Jamaican request for reparations to compensate for the legacy of slavery, urged the country to “move on”.

Poor countries, however, cannot simply escape or forget the legacy of colonialism. They entered the global market, after independence, in a status of underdevelopment that was conditioned by the exploitation they had suffered. The policies of “free trade”, which poor countries the world over have been forced to accept, deepen inequalities for the same reason as free markets within a nation do: those that are already rich are better placed to compete. Since the collapse of Keynesianism and the advent of what are, in effect, unrestricted free markets, this process has intensified. The share of world incomes received by the richest 20 per cent of the global population increased from 30:1 in 1960 to 103:1 in 2005.

Countries in Africa and Latin America are often forced by the poverty of the domestic market to pursue growth through exports, tailoring their economies to the needs of Western consumers. In Bangladesh, over 80 per cent of the country’s exports relies on the garment industry, which employs four million people – most of them women, and many at near-starvation wages. The country has the distinction of producing the cheapest clothing in the world, and so its garment industry is highly competitive.

Who gains from this growth? The proceeds accrue overwhelmingly to the Western retailers that buy the clothes. Some of the profits are gained by Bangladesh’s native elites who own the factories. A vanishingly small proportion – roughly £25 a month (almost half of what is considered subsistence level) for 14-16 hours of work per day – is earned by the women who make the clothes. But Bangladesh is an economic success story, according to a recent article on Bloomberg.

The same article suggests that the exploitation of impoverished women in garment factories will lead to universal enrichment, because: “As the economy develops, garment factories will move on from country to country, until every country has industrialised to the point where no one in the world is working for [poverty wages].”

No statement could illustrate more clearly the insulation of economics from reality. In 300 years, the end of poverty has not been achieved by the market mechanism and there are not 300 years left of a free-market economy in which to test the theory further. The competitive quest for growth is – though unnoticed by some – destroying our natural environment at terrifying speed. As Naomi Klein has written, climate change represents “an existential threat . . . with no historical precedent”.

Climate change is overwhelmingly produced by the consumption of rich nations but the devastation it wreaks will first be felt disproportionately in the poorest. This represents the supreme inequality of the economic system. Vast swaths of the world were looted by Western powers in the colonial era. Now the West’s consumption threatens to unleash further devastation on already impoverished populations.

We must overcome growth or perish. It will not be easy. As Edward Heath once said, “The alternative to expansion is not an England of quiet market towns . . . The alternative is slums, dangerous roads, old factories, cramped schools and stunted lives.”

Growth is inherent to an anarchic free-market system. Businesses do not face a choice whether or not to grow – they face an imperative. If a business decided not to exploit new technology or new pools of cheap labour for moral reasons (such as concern for wages or the environment), it would quickly be overtaken by competitors.

I want to end, however, not with a bleak warning of dystopia but with a dream. We must look beyond measures such as economic growth, which treasure profit at any social cost, and examine new measures, such as the Index of Sustainable Economic Welfare (produced by the New Economics Foundation), which include factors such as the necessity of ecological sustainability and social equity in judgements of economic well-being.

We must address the inequitable consumption of fossil fuels by rich nations and examine plans (such as the Global Commons Institute’s “contraction and convergence” initiative), which call for an equitable redistribution of emissions. We must rethink our approach to work and leisure to ensure that technological advances represent the possibility of greater leisure and personal enrichment for all and not a threat to employment.

Most significantly, to achieve any of this, we must bring the market mechanism under control and build a democratically managed economy, in which the lust for profit is subordinated to the need for ecological sustainability and social equity. We must build this world for the sake of our survival – but we should struggle for it in any event, for the sake of our souls.

This article first appeared in the 11 February 2016 issue of the New Statesman, The legacy of Europe’s worst battle.