Mairead Maguire welcomed the findings of the United Nations working panel when on 5th February 2016 they produced a report on the detention of Julian Assange. She called for his immediate release.

Maguire, who visited Assange in the Ecuadorian Embassy in London several times and has been a long time supporter of Freedom and Justice for Julian Assange, said she was delighted that the UN Panel had found his arbitrary detention for over five years to be unlawful and said this decision has vindicated Julian Assange. However, she expressed her disappointment at the governments of UK and Sweden’s rejection of the verdict of United Nations panel and appealed for these to be reconsidered. 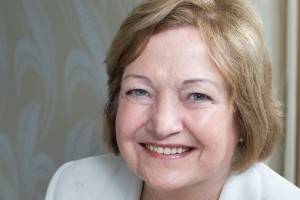 “I hope that the Decision of UN Panel, as this is now a matter of settled law, based on International Law, that the governments of United Kingdom and Sweden will implement its verdict.

“If the governments of UK and Sweden do not recognize International Law, they will open the floodgates to allow other countries to undermine UN bodies that are responsible for upholding civil political and human rights for the world’s peoples.   These governments will continue to lose any moral authority and political credibility as they deny Julian Assange’s basic right to protection against torture, indefinite detention, freedom of speech, etc.

“Assange choose to tell the people, who have a right to know, what criminal acts the UK, USA, NATO and others were carrying out in Iraq, Afghanistan, etc.   For having the courage to tell the truth, Assange should be acknowledged as a Man of Courage and not denied his freedom. He and his family were made to suffer in this inhumane manner.

“I hope he will be released immediately and his rights to compensation from UK and Swedish government acknowledged.”

The Peace People began in 1976 as a protest movement against the on-going violence in Northern Ireland. Its three founders were Mairead Maguire, Betty Williams and Ciaran McKeown. Over 100,000 people were involved in the initial movement and two of the founders, Mairead and Betty, received the Nobel Peace Prize for that year. Since its inception, the organization has been committed to building a just, peaceful society through nonviolent means – a society based on respect for each individual, and that has at its core the highest standards of human and civil rights.

Anticopyright: Editorials and articles originated on TMS may be freely reprinted, disseminated, translated and used as background material, provided an acknowledgement and link to the source, TMS: Nobel Peace Laureate Mairead Maguire Agrees with the UN Expert Panel Decision on Julian Assange’s Arbitrary Detention, is included. Thank you.