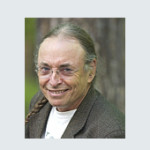 We are waging war. We are the Nation of War. We destroy. We kill. Everyone fears us.

Fewer and fewer admire us.

But our fighting forces—and their attendant industries which manufacture the bombs, bullets, and ballistic delivery devices—also wage a war on the clean air, clean water, and clean soil many Americans falsely regard as protected by legislation fought for by those trying to protect our environment.

Recent reports from around the country show the party most likely to toxify our land is our own military. These are just a small fraction of the reports from the past couple of weeks:

The Pentagon is relentless in seeking immunity from federal environmental protection laws. One wonders, since the list of environmental disasters created by the military and its contracting producers would extend to multiple current issues in every single US state and dozens of foreign countries with US bases, with friends and protectors like these, who needs enemies?

Anticopyright: Editorials and articles originated on TMS may be freely reprinted, disseminated, translated and used as background material, provided an acknowledgement and link to the source, TMS: DOD Woe: Pentagon’s War on the Earth, is included. Thank you.