Nobel Peace Laureate, Mairead Maguire, today called for Britain to stop breaking national and international law by selling arms o Saudi Arabia.  Britain has sold £2.8 billion worth of arms to Saudi Arabia since the Saudi government began its bombing campaign in Yemen last year.  The British Government is also providing direct military assistance to Saudi Arabia and continues to remain silent on the UN reports of Saudi war crimes against the civilian population of Yemen.   Thousands of people have died and millions of Yemeni people are going hungry and thousands of children out of school as their schools, homes and towns, have been destroyed in the course of the ongoing bombing of Yemen.

Maguire called on UK citizens to write to their MPs encouraging them to sign the Early day motion 1170 and support the implementation of the European Parliament’s call for an arms embargo to Saudi Arabia.  Maguire also called on the Saudi government to stop bombing Yemen and enter into dialogue and negotiations to solve Yemen’s terrible human tragedy. 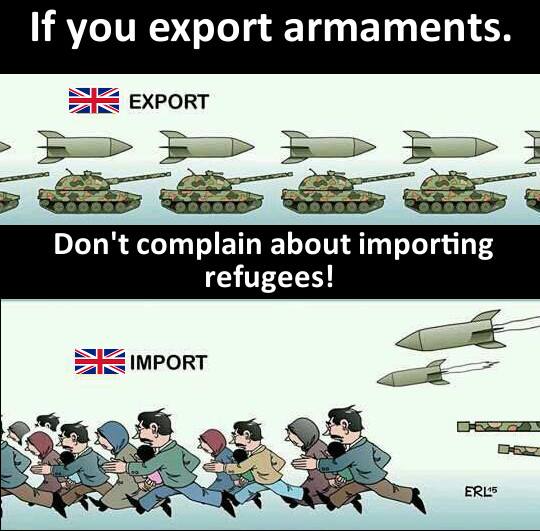 Mairead said, “People have the power to stop weapons going to governments that use them to carry out invasions and occupations and wars against other countries.  We have a moral and ethical responsibility to do all we can to stop WAR and arms sales. Also to put out of business a Military Industrial Complex that destroys peoples’ lives and environments causing millions of people to flee from their homes to find safety in other countries in Europe and elsewhere. We know that sending arms and wars to other countries means more and more refugees. We have witnessed this on our television screens – it is time to end this madness of militarism and war wherever we live.”

The Peace People began in 1976 as a protest movement against the ongoing violence in Northern Ireland. Its three founders were Mairead Maguire, Betty Williams and Ciaran McKeown. Over 100,000 people were involved in the initial movement and two of the founders, Mairead and Betty, received the Nobel Peace Prize for that year. Since its inception, the organization has been committed to building a just, peaceful society through nonviolent means – a society based on respect for each individual, and that has at its core the highest standards of human and civil rights.

Anticopyright: Editorials and articles originated on TMS may be freely reprinted, disseminated, translated and used as background material, provided an acknowledgement and link to the source, TMS: Urging UK to End Arms Sales to Saudi Arabia and Saudis to End Their Bombing Campaign in Yemen, is included. Thank you.