Rohingya Muslims, in camps, wait for what democracy led by a Nobel Peace Prize winner will bring them. So far: Nothing.

22 May 2016 – Aung San Suu Kyi was awarded the Nobel Peace Prize in 1991 for her “non-violent struggle for democracy and human rights”. Back then, she was a campaigner for those things, spending a total of 15 years under house arrest.

She knows what it’s like to have rights and freedom taken away.

But now that she’s in perhaps the ultimate position of power in Myanmar, there is no sign she is going to defend the rights of people who have been detained simply because of who they are.

Tens of thousands of Muslims, mainly Rohingya, have been kept in camps in western Myanmar’s Rakhine State for almost four years since their homes and communities were attacked.

They were horrific events that were fanned by a powerful, nationalist Buddhist agenda – alive and well today – and it’s a movement Aung San Suu Kyi seems afraid of upsetting.

After decades of campaigning against the previous military regime, her National League for Democracy party won last November’s general election and, even though the constitution prevents her from becoming president, she made it clear that she would be in charge and gave herself the title of State Counsellor.

Her choice of Religious and Cultural Affairs Minister raised eyebrows. Thura Aung Ko is a former army general and was a deputy in the same ministry under the previous military-backed government. And, so far, the new government isn’t sending any signals that it will adopt a policy to give rights to Rohingya who, in Myanmar, are widely regarded as illegal immigrants from neighbouring Bangladesh.

On his first day on the job in the new administration, Thura Aung Ko gave a media interview in which he said Muslims and Hindus were “associate citizens”, referring to the 1982 citizenship law that places people into three categories depending on their status.

He then visited leaders of a nationalist Buddhist movement who regularly spew anti-Islam rhetoric. It’s not known what was discussed at the meeting but it sent a bad message, something Aung San Suu Kyi herself has also been guilty of. 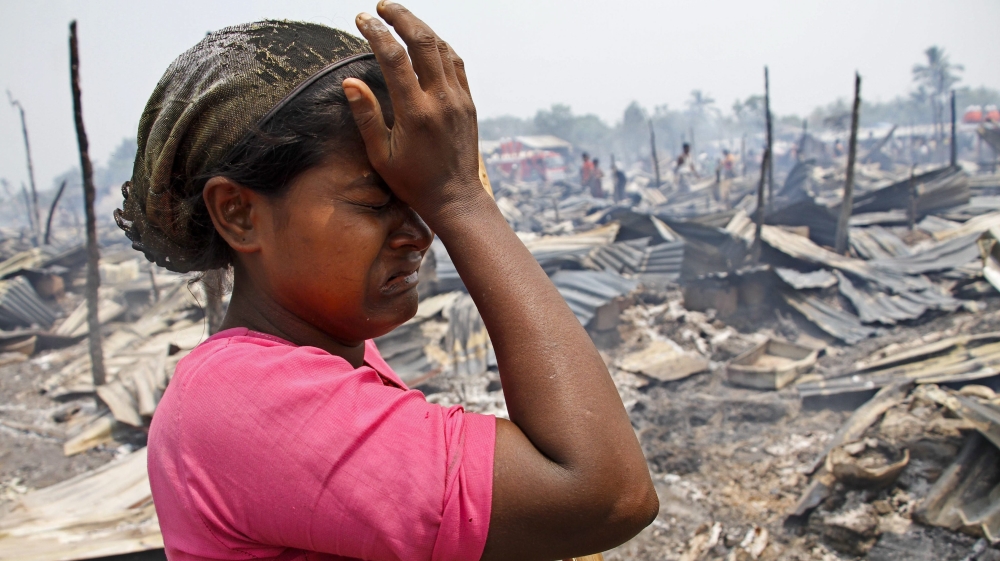 Tens of thousands of Muslims, mainly Rohingya, have been kept in camps, living in squalid conditions, for almost four years since their homes and communities were attacked [EPA]

In April, the United States embassy in Yangon released a statement, offering their condolences for people who were killed when a boat sunk off Rakhine State. The people onboard were Rohingya and that’s exactly what the US statement called them.

That led to protests outside the embassy by people who refuse to recognise the term Rohingya because it’s not one of the official ethnic minority groups in Myanmar.

The response from Suu Kyi? Government officials sent a letter to the US ambassador and other diplomats urging them to refrain from using the word Rohingya.

But it’s not enough.

Here’s what we also know: Around 100,000 people have been living in squalid conditions for almost four years. They have no rights and many have died in a desperate attempt to leave. Over the past year though, the number of departures fell, partly because people wanted to see what the new government would do for them.

What Aung San Suu Kyi has at her disposal now is the power to speak out. Words can be powerful. They can offer hope. Particularly when they come from someone who built her name on a fight for freedom and rights.

But when it comes to the Rohingya, there has been nothing but silence; meaning for them, hope is already fading so early in Myanmar’s new democracy. 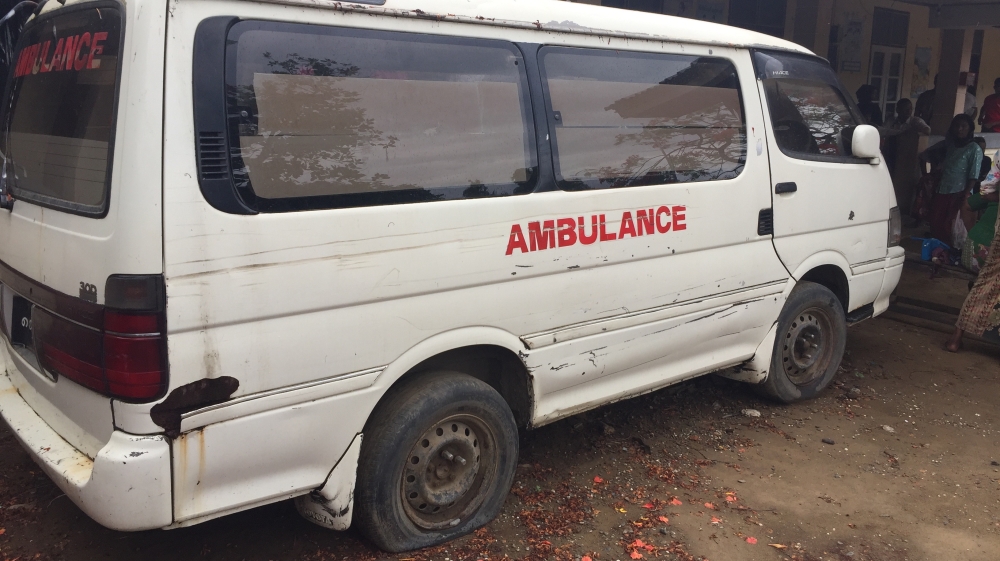 A broken ambulance – a sign of the poor medical facilities that are available to the people in the camps. Only the most serious cases are allowed to leave the camps to go to the main Sittwe Hospital in town. However, this ambulance is not going anywhere in a hurry. [Wayne Hay/Al Jazeera]

Wayne Hay has been covering the Asia/Pacific region since 2001, first with Television New Zealand before joining Al Jazeera English in 2006. In his role at Al Jazeera, he has travelled the region extensively, reporting on everything from elections and natural disasters to surfing in Bali. More recently, he covered the flooding caused by Typhoons in the Philippines and the earthquake in Padang, Indonesia in 2009. He was also given the rare opportunity to report from North Korea.