The Paradox of Congo: How the World’s Wealthiest Country Became Home to the World’s Poorest People 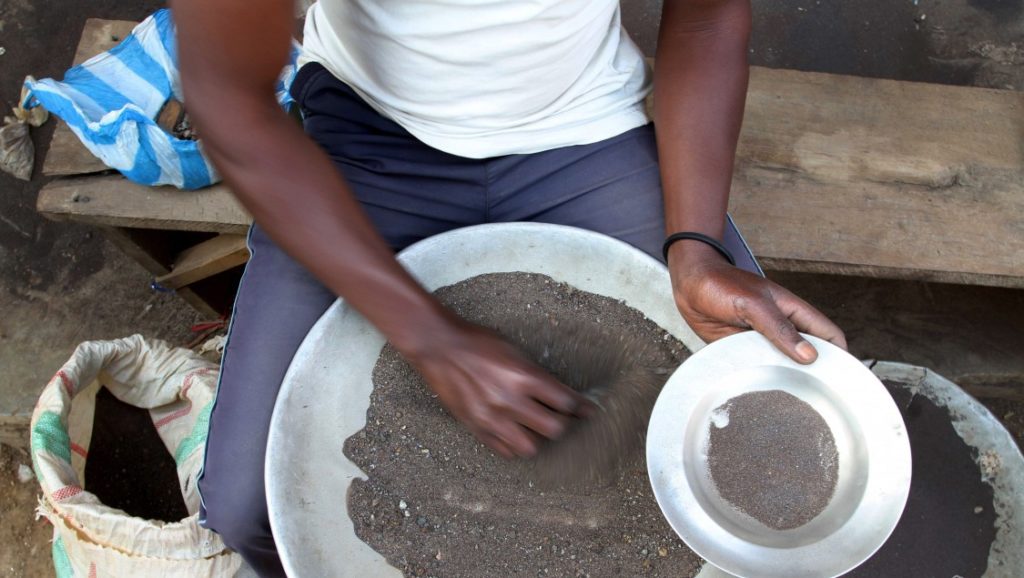 In this photo taken Aug. 16, 2012, a Congolese miner sifts through ground rocks to separate out the cassiterite, in the town of Nyabibwe, eastern Congo, a once bustling outpost fueled by artisanal cassiterite mining. Gold is now the primary source of income for armed groups in eastern Congo, and is ending up in jewelry stores across the world, according to a report published Thursday, Oct. 25, 2012, by the Enough Project.

28 May 2016 – In the Democratic Republic of Congo (DRC), the vast majority of people live in extreme poverty, earning only around $400 a year. The country is reeling from instability, hunger, and disease. One in seven children dies before they turn 5 years old. And more than 5.4 million people have died since 1993 because of armed conflict. But the issues plaguing Congolese citizens are in sharp contrast to the country’s wealth. The DRC sits on untapped, raw mineral ores worth $24 trillion — money that isn’t directly benefiting the people who live there.

“Why are we living through hell in paradise?” Vital Kamerhe, a Congolese politician and leader of the Union for the Congolese Nation, asks in the film When Elephants Fight, which details how foreign interests have ravaged the Congo region. “That is the paradox of Congo.”

Foreign companies have made large investments in eastern Congo’s mines, buying from suppliers funding armed groups within the country. This type of foreign investment in the Congo’s extraction industry has led to a loss of at least $1 billion in resource revenue that could otherwise be used to reform the country’s security, health, and education sectors.

Now, two well-known activists have begun a campaign to pressure mining companies, the DRC government, and Western governments to disclose exactly what they’re doing in the region. Alongside House of Cards television star Robin Wright, JD Stier, the president of the social activism organization Stier Forward, created the #StandWithCongo campaign to get mining entities to disclose the beneficial owners of offshore companies that are profiting from these mining deals.

Why are we living through hell in paradise?

“The #StandWithCongo campaign is addressing shady billion-dollar mining contracts — mostly relating to mining concessions in the south of the country,” Stier told ThinkProgress. “Transparency from technology companies to mining multinationals can ensure that the human rights of Congolese are respected and that more revenue can support development for Congolese people.”

The affected mines, mainly in Congo’s Katanga and Kivu provinces, contain some of the world’s largest reserves of cobalt, gold, copper, and diamonds, as well as tin, tungsten, and tantalum.

These raw minerals have fueled one of the world’s bloodiest conflicts globally since World War II to an obscene degree: 48 women are raped every hour in the Congo while 10,000 civilians are estimated to die every month. Militia groups made an estimated $185 million from conflict minerals in 2008, while gold remains a steady source of funding for them and for Congo’s army.

And, because the minerals mined in the Congo are used to make everyday objects like smartphones, lightbulbs, computers, and jewelry, nearly everyone reading this article is complicit in the ongoing conflict.

At least some of the mines purportedly belong to Israeli billionaire Dan Gertler, named more than 200 times in the Panama Papers. An ally to Congo President Joseph Kabila, Gertler allegedly had a hand in the mining deals in 2011 “that robbed the Congolese people of more than $1bn,” The Guardian reported. 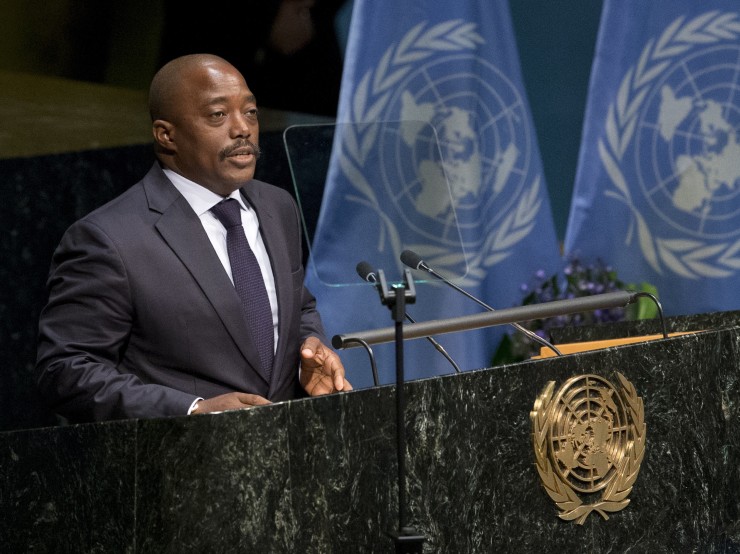 The Africa Progress Panel, a panel that promotes the equitable and sustainable development for Africa, estimated that the sale of mining contracts to five anonymous British Virgin Island companies deprived Congolese citizens of $1.35 billion, or about twice their health and education budgets combined. And while assets were sold at one-sixth their commercial value, these offshore companies bankrolled 500 percent in profits.

“The DRC government should commit to immediate full disclosure of state-owned companies’ revenues and spending, to the publication of all mining contracts, and to ensuring company compliance with Organization for Economic Co-operation and Development (OECD) standards on conflict minerals,” Stier said. The OECD, an international economic organization, has helped to issue due-dilligence guidance for companies to move away from the use of such minerals.

Conflict in the Congolese region may only accelerate as the country’s term-limited president, Joseph Kabila, appears poised to extend his incumbency into a third term. Though he is bound by the DRC’s constitution to step down after two consecutive terms, Kaliba — under whom many abuses in the region, particularly those against women, have gone unpunished — has not categorically said that he will not seek a third term. In order to stay in power, Kabila could delay the November 2016 elections or change the constitution.

Kabila’s cling to power has so far resulted in the arrest and detention of opposition supporters. As many as 40 people were killed last year during protests opposing a draft law that would have extended his term. And on Thursday, peaceful protesters who took to the streets in Goma, an eastern city in the DRC, were met by armed security personnel who used tear gas to disperse the protests. As many as six people were shot, including a 12-year-old boy and 6-year-old child, according to a Human Rights Watch researcher.

Although the use of conflict minerals is unlikely to completely halt, Stier is hopeful that the DRC and Western governments may be able to follow other countries’ example to implement sustainable, peaceful trade “that fosters human rights.” 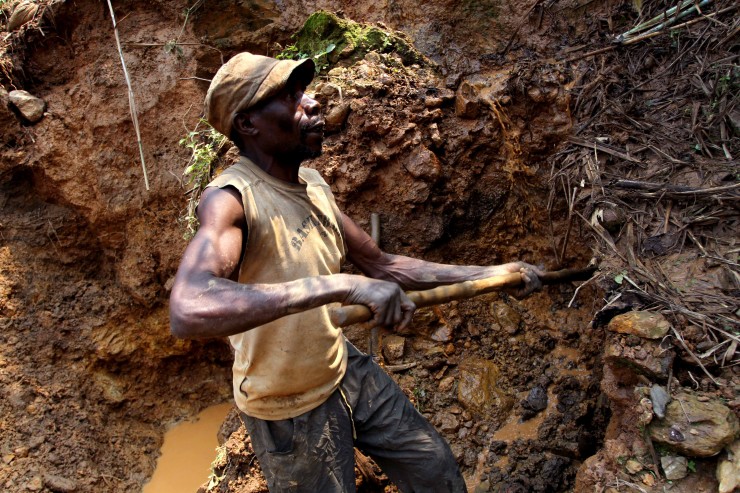 In this photo taken Aug. 17, 2012, one of the few remaining miners digs out soil which will later be filtered for traces of cassiterite, the major ore of tin, at Nyabibwe mine, in eastern Congo. Gold is now the primary source of income for armed groups in eastern Congo, and is ending up in jewelry stores across the world, according to a report published Thursday, Oct. 25, 2012, by the Enough Project.
CREDIT: AP Photo/Marc Hofer

“In recent years, activist efforts have led to significant reforms in the technology sector,” Stier said. “Tech giants Apple and Intel acknowledged their products contain minerals linked to the financing of rape and war in eastern Congo, and have since invested significant resources in tracking their supply chains — moving in the direction of a closed loop, traceable minerals supply chain.”

Apple Inc. announced in March that it would now audit 100 percent of its suppliers sourcing minerals from the DRC. Intel Corp., the world’s largest chip maker, said in 2014 that the company was “committed to using only conflict-free mineral resources” and would track raw materials, though it appears to be a work in progress as evidence of fraud, smuggling, and a lack of oversight has plagued the current audit system.

There’s also been some legislative movement here in the United States. Under the Dodd-Frank Wall Street Reform and Consumer Protection Act, companies using gold, tin, tungsten, and tantalum are required to make efforts to determine whether those minerals came from the DRC and whether those mineral purchases are funding armed groups in eastern DRC.

According to the policy organization Enough Project, “216 out of approximately 324 smelters and refiners worldwide (67 percent) have passed conflict-free audits and an additional 50 smelters/refiners are in the process of being audited, for a total of 266 participating companies (82 percent).” A 2014 International Peace Information Service study also found that “70 percent of tin, tungsten, and tantalum mines surveyed in eastern Congo were no longer controlled by armed groups, and 204 mines in Congo are now officially certified as conflict-free.”

One of the biggest myths about the DRC is that it is hopeless.

“We may not have serious strategic interests in this region, but that doesn’t mean we don’t care,” U.S. Special Envoy to the Great Lakes Region of Africa Thomas Perriello told ThinkProgress. “One of the biggest myths about the DRC is that it is hopeless. While that’s a convenient excuse for inaction, we have seen major progress from constitutionalism to conflict-free mineral programs.”

And Stier believes the momentum will only continue.

“Many people in the West feel detached from Congo and the conflicts there,” he said. “However, Millennials get it. They are Skyping with people around the world… and have the pragmatic idealism to act when they see some of the greatest unaddressed injustices on the planet. Further, they recognize that Congolese will ultimately create peace in their country but that we can help support these efforts.”