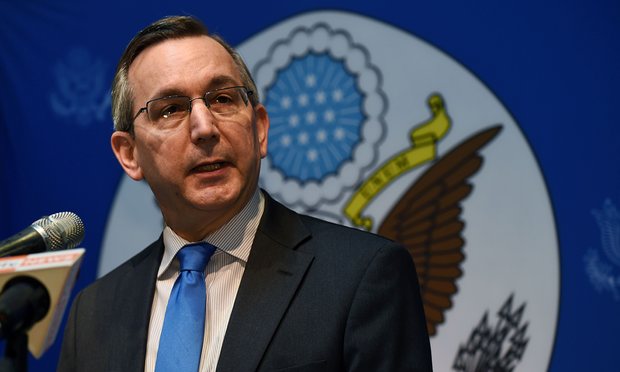 US ambassador Scot Marciel in Yangon says he will continue to use the term Rohingya, despite objections from the Myanmar government. Photograph: Romeo Gacad/AFP/Getty Images

11 May 2016 – The new ambassador of the United States to Myanmar said he would keep using the term Rohingya for the persecuted Muslim minority, even after the government – controlled by Nobel prize-winner Aung San Suu Kyi – asked him to refrain from it.

Members of the 1.1 million-strong group, most of whom live in desperate conditions in a remote part of northwestern Myanmar, are seen by many Myanmar Buddhists as illegal immigrants from Bangladesh. The term Rohingya is a divisive issue.

Scot Marciel took over as the head of the US mission at a critical time after Aung San Suu Kyi’s National League for Democracy (NLD) won a landslide victory in historic elections, following decades of pro-democracy struggle.

“The normal US practice and the normal international practice is that communities anywhere have the right, or have the ability, to decide what they are going to be called,” Marciel said on Tuesday, in response to a question on whether he intended to continue using the term Rohingya.

“And normally when that happens, we would call them what they asked to be called. It’s not a political decision, it’s just a normal practice.”

He added that this had been Washington’s policy before and the administration intended to stick to it. 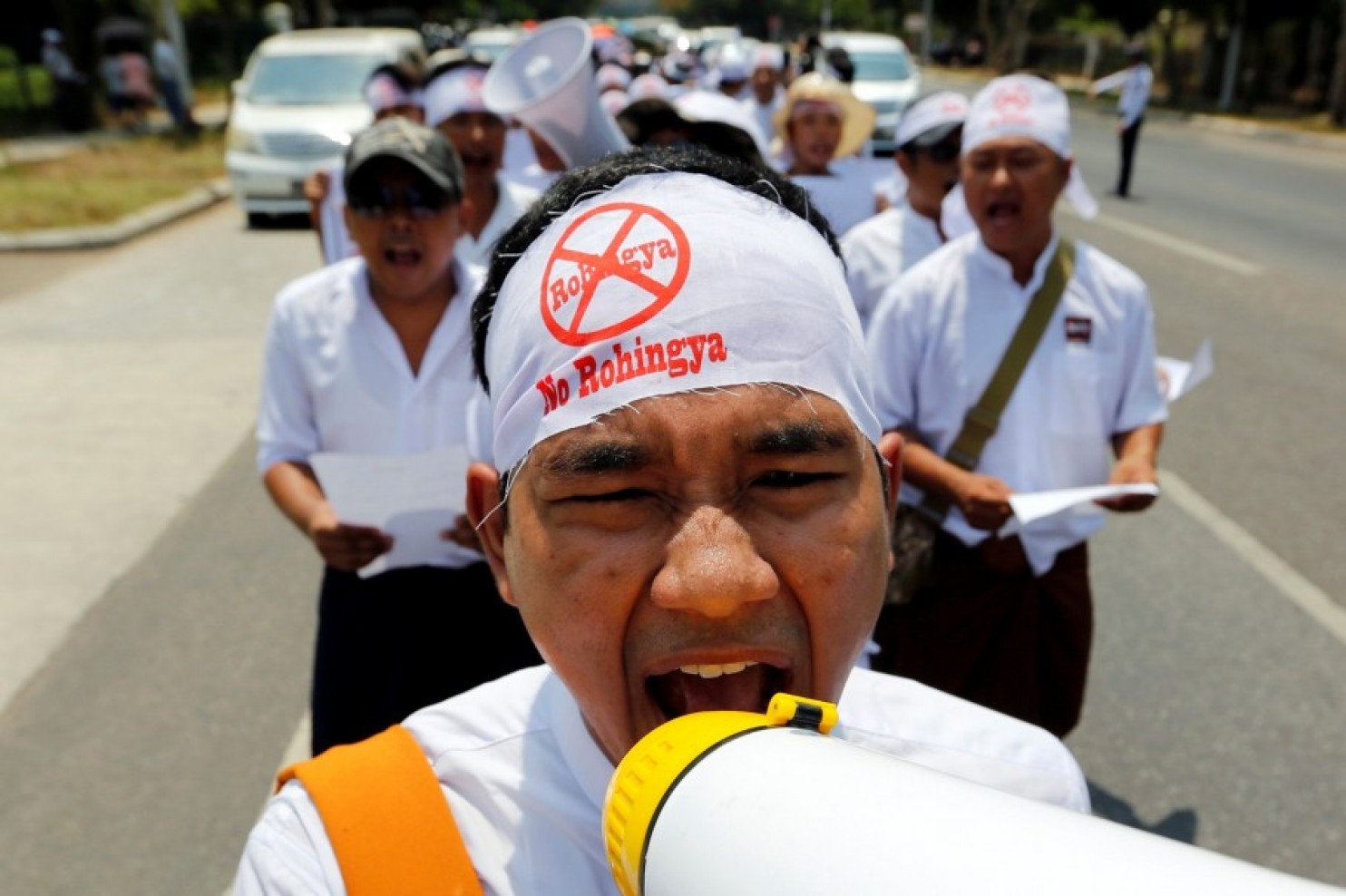 A demonstration outside the US embassy in Yangon against its use of the term Rohingya. Photograph: Soe Zeya Tun/Reuters

Feted by many in the west for her role as champion of Myanmar’s democracy movement during long years of military rule, Aung San Suu Kyi has been criticised overseas, and by some in Myanmar, for saying little about the abuses faced by the Rohingya.

Speaking out for the group would carry a political cost at home. The group is widely disliked in Myanmar, including by some in the NLD and its supporters, and she would risk losing support by taking up the cause of the beleaguered minority.

Because Myanmar does not officially recognise the Rohingya as an ethnic group, it denies most of them citizenship and basic rights. Conflict over land and resources in the western state of Rakhine, where most Rohingya live in squalid camps, caused deadly violence between Buddhists and Muslims, which later spread to other parts of the country.

More than 100,000 Rohingya have been forced to flee their homes and now live in poor conditions in decrepit camps for internally displaced people.

The previous military-linked government of former junta general Thein Sein referred to the group as Bengalis, implying they were illegal immigrants from Bangladesh, though many have lived in Myanmar for generations.

Last week, officials from the ministry of foreign affairs, which is run by Aung San Suu Kyi, told the media they had asked Marciel to refrain from using the term they dubbed “controversial”.

They said the Rohingya were not among the officially recognised ethnic minorities and that, in their view, using the term was not supportive of Myanmar’s national reconciliation process.

Zaw Htay, the spokesman of the state counsellor office, also run by Aung San Suu Kyi, has refused to comment on the issue, directing all questions to the ministry of foreign affairs.

Marciel declined to say whether Aung San Suu Kyi had personally asked him not to use the term. “I prefer not to publicly talk about private diplomatic conversations,” he said.

But Myanmar foreign ministry official Aye Aye Soe acknowledged on Tuesday that her office had asked Marciel not to use the term. 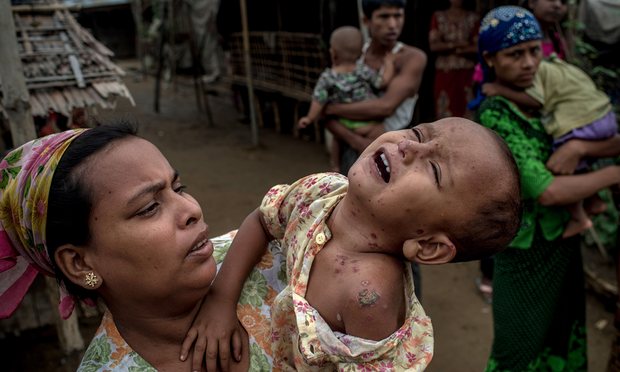 Many Rohingya people are forced to live in camps for internally displaced people in Rakhine state in western Myanmar. Photograph: Jonas Gratzer/Getty Images

“Yes, it is true that we told ambassador Scot Marciel when he came to Naypyitaw not to use the term Rohingya because it is not supportive in solving the problem that is happening in Rakhine state,” said Aye Aye Soe, deputy director general of the ministry’s political department. “And it can even worsen the situation there.

“This is his right to say or call whatever he wants, but this is not leading to a solution of the problems,” she said. “People are just fighting over this term instead of solving the problem. This can make things difficult for the two communities in Rakhine to gain trust again.”

A nationalist movement spearheaded by Buddhist monks has gained political influence by stirring up prejudice against Rohingya and Muslims in general.

Last month Buddhist monks joined several hundred protesters outside the US embassy in Yangon to demand it stop using the term Rohingya. The embassy had used the word in a statement of concern about their situation after dozens died when a boat they were on capsized.

Reuters and Associated Press contributed to this story