Austria Elects a New Green President against the Rising Right

26 May 2016 – There was a widespread sense of relief among many Europeans when on May 23, 2016 it was announced that Alexander Van der Bellen won the election for President of Austria in a razor thin victory over his far right-wing Freedom Party opponent Norbert Hofer. It was only after counting the mail votes which some 12% of voters in Austria use that the result could be official.

In some ways, Austria was split into two nearly equal halves: 50.3% for Van der Bellen, long-time leader of the Green Party and an active ecologist, and 49.7% for Hofer. The vote was also a rural-urban split that also reflected educational levels as well as a generation gap. The urban centers voted largely in favor of Van der Bellen, now at 71 and a retired professor of economics at the University of Vienna. Hofer is 45 with the dynamism of youth who won most of the rural votes as well as a certain percentage of youth. The two political parties, the Social Democrats and the Christian Democrats who have ruled Austria since the end of the Allied occupation after 1945 were eliminated in the first round of voting.

The score of the Freedom Party was the highest among the right-wing nationalist parties of Europe. The rise of the “reductionists” would be a more accurate term than “nationalist” for the “reductionists” stress an ever reduced number of ideas for ever-smaller territories. There was once a Yugoslav nationalism with an ideology that it hoped other countries would follow. Now we have a nationalism of Serbia, Croatia, Kosovo and company which can have an appeal to one who is not an ethnic Serb, Croat etc. Hofer has had some pan-German history, having belonged to a student group with the motto “Honour, Freedom, Fatherland”, but pan-Germanism among Austrians is not an ideology of the present, while anti-refugee sentiment has a strong pull.

Some in the Freedom Party tried to play on Van der Bellen’s name as not really Austrian. The Van der Bellen family were Dutch Protestants who had been encouraged to settle new lands in Russia in the 18th century. They became prosperous land owners, socially part of the aristocracy but never with a title. They left Russia at the time of the 1917 Revolution and ended up in rural Austria where Van der Bellen was born in 1944. Other than an interest in 19th century Russian literature, Van der Bellen’s intellectual and political interests have always been turned to Western Europe. He has not made proposals concerning economic relations with Russia or beyond to Central Asia and China. Hofer has played on anti-European Union sentiment. “We don’t want to be pushed around by the European Commission rules”, he said, but his economic platform was largely empty. Rather his drawing card was a fear of refugees and asylum seekers. His speeches had more than a few anti-Islamic overtones. 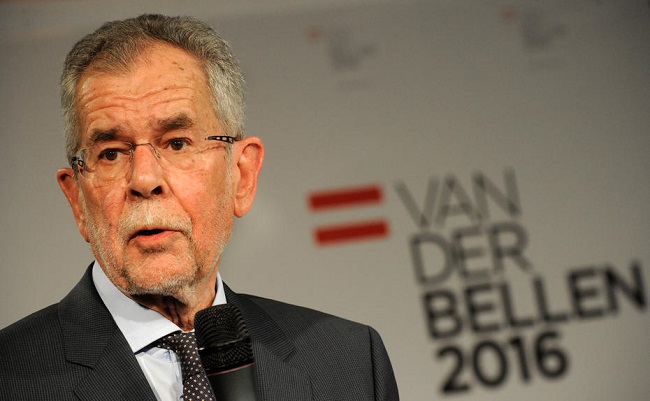 Many in Europe have been watching closely Austrian elections closely for what they may hold for the EU referendum in Britain and the role that right-wing anti-EU parties may have in other European countries, especially those of Eastern Europe. Van der Bellen made a “We must all work together” plea in his victory statement − a common enough political theme, but in the Austrian case a realistic need. Hofer is young enough that he is unlikely to disappear from the Austrian political scene. Austria is relatively stable both economically and politically so that references to the 1930s are not valid. However, we need to watch events carefully. Van der Bellen is the first President of a European country from a Green Party. We will have to see if the cosmopolitan values of Green Party platforms will have a new champion.