Unintended Consequences and the Warfare State 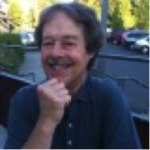 “The danger is, as ever with these things, unintended consequences.”  So wrote Prime Minister Tony Blair to President George W. Bush in 2002, as Bush prepared to invade Iraq.  Blair’s unstinting support of US policy, notwithstanding numerous unknowns and acknowledged large-scale obstacles, is more than a case of over-optimism or misplaced friendship.  For as the Chilcot Commission has just concluded after a seven-year long investigation of British policy, bad judgment was multiplied by hubris, a deeply flawed decision-making process, and an unquestioned faith in the ability of military power to resolve political and economic problems.

The essential message from the Chilcot Report goes well beyond British policy in Iraq, or even beyond US policy under Bush, which suffered from the same problems.  The report, to my mind, is a commentary on certain diseases that infect foreign policy decision-making processes everywhere.  Decision-making groups are always subject to misjudgments, blunders, and misperceptions; but the bigger picture has to do with what Sen. J.W. Fulbright called “the arrogance of power.”  Powerful like-minded members of a leader’s inner circle (far more often men than women), meeting in secret, with enormous destructive power at their disposal, and believing their country is invincible and their arguments infallible, make for a dangerous combination.

In 2002-2003, we know for a fact that Bush and Blair were determined to go ahead with invading Iraq regardless of any evidence or argument to the contrary.  The decision for war, far from having been due to an intelligence failure, was predetermined.  War was the answer to “getting” Saddam Hussein, the first and last resort, and the job of both governments’ leaders was to sell the war, in large part by massaging intelligence concerning weapons of mass destruction and outright lying to the public.  Opposition to war—in legislatures, in public opinion, in the UN, in domestic and international law, among allies and other friendly governments—was simply a problem to be overcome.  This was the Vietnam story for 30 years.  It is likely to be the Afghanistan story (if the US ever gets out of there), China’s South China Sea story, and Russia’s Crimea story—if we ever gain access to the relevant documents.

The Chilcot Report points up another policy-making failure that is fairly universal when it comes to questions of war and peace: an unwillingness to consider alternatives to the use of force.  The inner circle of decision makers simply never goes there.  Peace is unthinkable, at least not until victory has been achieved.  That means avoiding planning for negotiations and post-conflict rebuilding.  It’s a time for warriors, not diplomats.  Officials who argue against aggressive policies thus find themselves sidelined; they are “soft,” hence no longer useful members of “the team.”

At least one writer, Trevor Timm in The Guardian, has already called for a Chilcot-style report on George W.’s Iraq policy.  But we all know that such an investigation is not going to happen, even under a Democratic leadership.  As Barack Obama has made clear in not pursuing criminal charges against CIA and other torturers, Bush, Cheney, Rumsfeld and the lot are free to enjoy their retirement. After all, Iraq is history, and besides, we must always value social stability over punishment when the criminal behavior of state leaders is concerned.  The International Criminal Court is for others.

The Chilcot Report provides a public service by reminding us that there will always be “unintended consequences,” and that those consequences may prove considerably greater than the policy problem everyone had originally addressed. One look at the Middle East today compared with 2002 makes that assessment plain enough.  Failing to stop the war train long enough to consider what those unintended consequences might be, and whether they might be formidable enough to keep the train in the station, is the Achilles heel of great powers.  How to overcome that dilemma requires much more than tinkering with the decision-making system, for at bottom the arrogance of power is the enemy, and the Chilcot Report provides no antidote for it.

Anticopyright: Editorials and articles originated on TMS may be freely reprinted, disseminated, translated and used as background material, provided an acknowledgement and link to the source, TMS: Unintended Consequences and the Warfare State, is included. Thank you.