Why Has NATO Chosen Russia as Its Enemy Instead of ISIS?

14 Jul 2016 – According to statements made at last weekend’s summit in Warsaw, NATO regards Russia as a bigger threat than ISIS. Of course, that’s ludicrous but when you scratch beneath the surface, the use of these falsehoods makes perverted sense. 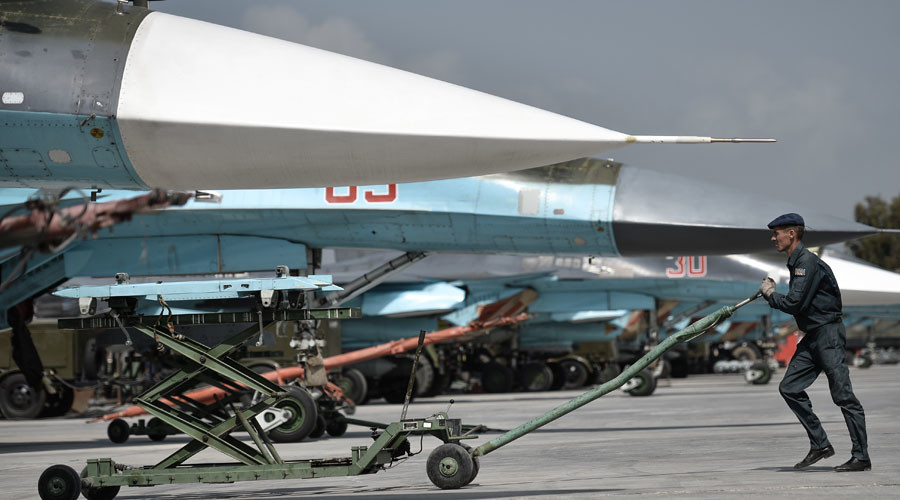 Gleb is a Russian student in Dublin. Recently, at the request of a mutual friend, I’ve been helping him with his university thesis which focuses on the reasons Ireland is one of the few Western European countries that has resisted NATO membership. A distinction that most Irish people are extremely proud of.

As an Irishman myself, I’ve always been baffled by why so many members of the British and continental European elite see NATO as a good thing. After all, where’s the glory in being dictated to by an external power whose interests are often at marked variance with your own?

Like right this moment, when it’s plainly obvious the biggest threat to Western Europe is Islamic fundamentalism and the fallout from a destabilized Middle East. But the US remains somewhat impervious to these issues, which it largely helped to ferment, and instead continues to be, bizarrely, focused on Russia.

Now, I owe Gleb this mention for noticing something I missed after last week’s NATO summit in Warsaw. On Saturday afternoon, the club issued two important statements. The first was titled ‘The Warsaw declaration on Transatlantic Security’ and it outlined the core agreements reached in the Polish capital. Curiously, and this is really interesting, it mentions Russia four times but references ISIL only once.

Yet, that was only the entree. Two hours later came the main course, the ‘Warsaw Summit Communiqué’ which contained 139 points, many of them rather lengthy. In total, the agreed summary runs to an incredible length of around 16,000 words, or more than half the length of Ronald Dahl’s ‘Charlie and the Chocolate Factory,’ which I can assure you was a far more enjoyable read. In this document, ISIL is specified on twelve occasions but, by contrast, there are 58 instances of Russia being directly called out.

Thus, Gleb’s email was titled, “why has NATO chosen Russia as its enemy instead of ISIS/ISIL?”

And this is the gist of my reply.

The main reason is because there is very little profit in combating the, self-styled, Islamic State (IS, formerly ISIS/ISIL). And NATO is primarily a money racket which provides a lot of influential people with a very comfortable lifestyle, flying around the globe on private jets and generating well-paid jobs, both directly and via the think-tank circuit.

Let’s be clear here. You don’t require submarines or nuclear weapons to engage ISIL, but you would in a putative conflict with Russia. The fact that such a collision would probably, due to the atomic arsenals involved, mean the end of human civilization, is irrelevant to NATO because it doesn’t actually want a war with Russia. Instead it desires to use Moscow as a convenient bogeyman in order to maintain US defense spending, which grew 9 percent annually from 2000-2009 during the “war on terror.”

That massive increase in expenditure was justified by the need to remove, initially, Osama Bin Laden and, later, Saddam Hussein from the international stage. After both were eliminated, in reverse order, you’d have expected the splurge to be cancelled and for the largesse to be reduced to pre-9/11 levels.

The problem was that too much depends on it. Defense now constitutes 54 percent of all federal discretionary spending in the US or around 17 percent of all Washington outgoings. This butters a lot of people’s bread and keeps a wide variety of industries alive. At the same time, Russia will splash out roughly 19 percent of its state budget this year on defense. This is equally as wasteful and ridiculous as the American endowment. However, a major difference is that Russia is not trying to prescribe to the rest of Europe about whom or what it should regard as a threat.

The simple fact is that six of the top eight defense contractors in the world are American. Together, they directly employ close to 750,000 people and that’s in addition to millions of other service and supply roles that depend on their patronage. Any reduction in munitions outlay would jeopardize a lot of those jobs, creating unemployment black spots in many US towns and cities. And those would be primarily in ‘blue collar’ areas which have already been hollowed out by decades of outsourcing, many of which happen to be situated in electoral swing states. Any politician who’d advocate this would be self-immolating their career.

So let us be brutally frank here, bearing in mind that NATO is primarily a European organization. Right now, the biggest danger to European security originates in the Middle East. In the past year, over one million migrants have arrived in Germany alone. This has helped to create political and social instability across the continent. Very few of these, if any, were created by anything Russia did. However, a great many of those newcomers came from countries which the US has helped to destroy, like Iraq and Libya.It’s also worth noting that ISIS has claimed direct responsibility for recent attacks in both Paris and Brussels. In other words, ISIS is killing people inside NATO territory, something Russia is not doing.

Despite this, NATO continues to be fixated on Russia. That’s because in order to maintain its gigantic military budget (which incidentally is larger than the entire nominal GDP of Poland), Washington needs a “big ticket” opponent and Russia currently fits the bill.

Fighting ISIS doesn’t require expensive hardware. Instead, it needs boots on the ground, which are politically costly but financially cheap. By contrast, squaring off against Moscow is like a comfort blanket. Familiar to the masses, very unlikely to lead to an actual war, but extremely lucrative.