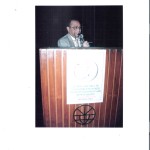 At the 71st Anniversary of 129,000 People Who Died from Two Nuclear-Weapon Bombings of Hiroshima and Nagasaki, Japan, August 1945

August 6 is the Commemorating Day of 71 Death Anniversary of 129,000 People who died due to Use of Nuclear Weapons of Two bombings on Hiroshima and Nagasaki in Japan on 6 and 9 August 1945. And two years after the nuclear explosion by 1950, up to 200,000 people had died due to cancer and other long-term effects, and still most of the people are suffering from the diseases due to the effects nuclear radiation.

This was a great violent crime committed by the intolerant humans on their own human beings by the use of nuclear weapons. Here the author of these lines would like to comment on the inhumanity  of human beings that we have many enemies like lions, tigers, snakes, wolves and the other dangerous animals, but our worst enemy is our own people. And if these cruel animals could have sense, then they laugh on the cruelty of the humans, and if they could express, they could say that the human wars are crueler for their own human beings than their cruelty on human beings, which they (animals) could avoid them.

On the commemoration of 70th Death Anniversary of the people died due to atomic bomb blast, the   Prime Minister of Japan Shinzō Abe, “We have to continue our effort to achieve a world without nuclear weapons.” Further he said that as the sole country to face nuclear attack, Japan has a duty to push for nuclear weapons elimination.

Truly, at the end of Second World War bloodbath abandoned all human consideration and dropped two atom bombs on Hiroshima and Nagasaki, and it was estimated that there were more than 50,000 nuclear warheads in the world, and the total explosive power of the world stock of nuclear weapons is about equal to the one million times that of the Hiroshima bombs.

Hence the peace educators and a few statesmen of the world have protested against the nuclear bombs, which may eliminate the human race for ever from the earth. Johan Galtung, the pioneer of peace studies, Director and Founder TRANSCED told in his speech on the theme: Towards the Abolition of Nuclear Weaponry: A Theological Approach at the International Symposium for Peace at Hiroshima on 3 August 2003, “We are 58 years away from 0815 in the morning of 0608 1945 when that B-29 dropped “Little Boy”, and USA committed nuclear genocide on Hiroshima, and then on Nagasaki. The call for the abolition of nuclear weaponry is as urgent as ever given the nuclear politics of USA, North Korea, Israel, Iran and others. To understand better the causes, we have to ask again why USA committed this atrocity.” Albert Einstein asked, “Shall we put an end to the human race or shall we renounce war? …  There lies before us, if we choose continual progress in happiness, knowledge and wisdom. Shall we instead, choose death because we cannot forget our quarrels?” Bertrand Russell warned, “Stamping out one’s enemies in a nuclear age is immoral madness. Any nation is its own worst enemy.” The Russian poet Nikolai Tikhanov startled thousands of people assembled in the World Congress on Peace in Helsinki y saying that, if the enemies of human life insists on improving the capacity of inflicting devastation with the bomb, and the use of Moon, Mars, and Venus as launching pads, the earth would be rendered unfit for human survival in half a day. Then Soviet leader Mikhail Gorbachev has termed nuclear superiority as a ‘means of politics’ which could end only in global suicide. Warning the people against nuclear holocaust, Gorbachev in his popular book: Perestroika (the new thinking) says it is not enough to realize that nuclear slaughter is sense less. Day-to-day efforts are necessary to improve the international situation and “all of us- from a rank and file worker to a statesman – must learn to live in civilized manner in the present day world.”

Due to some awareness of dangers of nuclear war, statesmen started to talk and act on disarmament.  And it demand mutual agreement between one statesman other to ban manufacture and testing of nuclear weapons and for the destruction of their stockpiles to save the humanity. And in the past several agreements were done.

But the world needs permanent and total disarmament. Today Costa Rica is the only country in the world, which has no military since 1948. It has set concrete example of ideal of total disarmament by abolishing military from its country. But unless all nation-states of the world follow the same, survival or peace of mankind is doubtful.

Truly, arms cannot see, hear and think when they are used to kill the people – healthy, sick and old, women and children, even their manufacturers – destroy the persons, things and nations, ultimately the world. Inventors of dynamite Hiram Maxim and Alfred Nobel (founder of Nobel Prize in different major disciplines including Nobel Peace Prize), whose own brother was blown up by dynamite, and the news flashed in media all around the world with the title: “Merchant of Death” died. Anthony Sampson, the author of the book: The Arms Bazar reported – British guns, sold to Turkey, were fired against British soldiers at the Dardanelles. The Max gun which Sir Hiram had sold to German, Austrian and Italian, was used the forerunner of the machineguns which fired from all sides on the Western front. The French had sold 75 m. m. guns to Bulgaria, which were used against French troops. Krupp’s more than anyone had served to arm their nation’s enemies

Total and permanent physical disarmament needs teaching about and for disarmament. However, physical disarmament is the temporary remedy of war weary world. Mere physical disarmament cannot remove wars unless people are disarmed psychologically. Nonviolence is more fundamental than disarmament. It is not necessary that a disarmed person would always be nonviolent. But a nonviolent person would always be disarmed. For this, we will have to introduce and implement everywhere the man-making education i.e. peace education based on universally inherent five elements, viz. body, vitality, mind, intellect and spirit in every man and woman everywhere without discrimination of any type (which was and is missing everywhere) and to be integrally manifested to be nonviolent, which leads to total and permanent sustainable disarmament forever. The concept of this peace education has been developed by the author of these lines Dr. Surya Nath Prasad after his continuous study of more than four decades.

The author of these lines Dr. Surya Nath Prasad would like to cite his own intellectual contributions in the field of disarmament education and peace:

He prepared Disarmament: A Bibliography and included it in this issue
of the journal.

Foreword for this book was written by initiator of United Nations International Year of Peace (1986) and UN International Day of Peace Prof. (Dr.) Young Seek Choue, Chancellor and Founder of Kyung Hee University, Republic of Korea.

In his very long Foreword of the book, Dr. Choue, inter alia, has written, “I recommend the publication of the book Disarmament Education and Peace. I share with the Editor and contributors to this volume the wish that disarmament education would take a revitalized momentum in this era of change and new challenges to international peace. I am aware that this book is an offshoot of the 1987 issue of Peace Education Journal published by Dr. Surya Nath Prasad under his very competent editorship…”

The book: Disarmament Education and Peace is a Volume in a Peace Education Series. Disarmament Education, an essential component of Peace Education, implies both education about disarmament and education for disarmament. Education for Disarmament prepares learners in the restrict respect for freedom of opinion, expression and information, and to resist incitement to war, military propaganda and militarism in general.  It has essential link with human rights education and development education. It applies participatory learning as educational methods. It has concern with schools, universities, research centers, family, and community organizations and information media. Thus disarmament education is a necessity for peace within and between nations.

This book is useful for the scholars, researchers, and teachers of disarmament education in particular and of peace education in general including of all disciplines of knowledge. It is good hand book for servants of people and statesmen.

Dr. Surya Nath Prasad is M. A. (Sociology), M. Ed. (Experimental Education), M. Phil. (Nonviolence and Peace Studies), and Ph. D. (Education). He is a recipient of Honorary D. Lit. (Peace Education) at the hands of Dr. Shankar Dayal Sharma then Former President, Government of India and has taught for three decades as Assistant and Associate Professor of Education in India.  He is Former Visiting Professor of Peace Studies at the Graduate Institute of Peace Studies in Kyung Hee University, Republic of Korea and former President and Currently Executive Vice President of International Association of Educators for World Peace.  Dr. Prasad is recipient of several peace and human rights awards to the cause of peace and peace education. Website of his Journal: https://www.sites.google.com/site/peaceeducationsnp/. He may be reached atdr_suryanathprasad@yahoo.co.in.

Dr. Ms Suman Shukla is M. Sc. (Maths. & Communication in Education), M. Ed. & Ph. D.(Education). Dr. Shukla is a retired Associate Professor of Education after teaching 30 years in RTM Nagpur University College of Education.. She is Associate Editor of Peace Education: An International Journal. She is Co-Editor of Seven Series in Peace Education with Dr. Surya Nath Prasad. Dr. Shukla is the author of the book: Peace Education: Retrospect and Prospect. Her book is available as e-Book in Kindle Edition on Amazon. She is author of popular papers on different themes of education and peace education for national and international journals. She has been guest speaker in international peace conferences. Dr. Shukla is recipient of Jawaharlal Nehru Memorial Fund Award and Dada Saheb Gaikwad Award. She may be contacted at: sumansprasad@yahoo.com.

Disarmament Education and Peace is one of the Series in Peace Education edited by Dr. Surya Nath Prasad and Dr. Suman Shukla.

Anticopyright: Editorials and articles originated on TMS may be freely reprinted, disseminated, translated and used as background material, provided an acknowledgement and link to the source, TMS: Nonviolence: More Fundamental than Disarmament, is included. Thank you.