The Biased Report That Led to Banning Russian Athletes 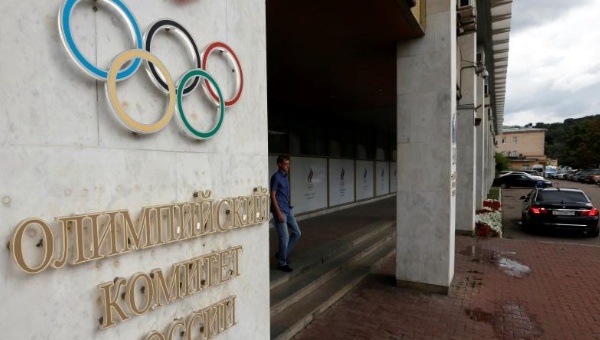 With the Rio Summer Olympics starting, there is huge controversy about Russian participation.

8 Aug 2016 – With the Rio Summer Olympics starting on August 5, there is huge controversy about Russian participation. On the basis of a report by Canadian lawyer Richard Mclaren (the “Mclaren Report”), the World Anti-Doping Agency, or WADA, has recommended all Russian athletes be banned from the Rio Games.

RELATED: Russia’s 271-Strong Olympic Team Will Be ‘Cleanest’ at Rio

Ultimately the International Olympic Committee, IOC, decided against banning all Russian athletes across all Olympic sports. They decided that that each sporting federation should decide the issue on their own. At the same time, the IOC imposed special conditions on Russian athletes, which prevent them from competing if they have ever tested positive, even if their suspension has already been served, unlike the rules for other Olympic competitors. In the wake of this decision, there have been aggressive attacks on the IOC and its president, for “failing” to impose collective punishment on the entire Russian team.

How Did We Get Here?

The sequence of significant events is as follows:

In February 2014, the Winter Olympics were held in Sochi Russia. The same month, 900 miles to the northwest, a bloody coup unfolded in Kiev Ukraine. This led to Crimea seceding and re-uniting with Russia which led to Western sanctions and rising international tension.

In December 2014, German TV network ARD showed a documentary “How Russia Makes its Winners” by Hajo Seppelt. The documentary includes interviews with Vitaliy and Yuliya Stepanov.

In January 2015, the World Anti Doping Agency established an “Independent Commission” to look into the ARD documentary allegations.

In November 2015, the WADA Independent Commission released a 300-plus page report claiming widespread use of performance enhancing drugs, or PEDs, in Russian athletics. The report recommended the prohibition of numerous athletes, coaches and trainers plus de-certification of Moscow Laboratory and firing of its director, Dr. Grigory Rodchenkov.

In December 2015, Russian authorities suspended or fired numerous officials and asked to see the evidence which WADA’s accusations and assertions were based on. Dr. Rodchenkov emigrated to U.S.

In early May 2016, the American TV program “Sixty Minutes” broadcast a story about Russian doping primarily based on testimony from Vitaliy and Yuliya Stepanov, now living in the United States. The NY Times published articles about Russian doping test manipulations based on Dr. Rodchenkov.

On May 19, 2016, WADA appointed Richard Mclaren to investigate the media allegations.

On July 16, 2016, just three weeks before the start of the Rio Olympics, WADA published the Mclaren report.

Problems with the Mclaren Report

The Mclaren Report has strongly influenced media reports, public opinion and official decisions regarding Russian participation in the Olympics. Following are significant problems with the investigation and report :

—The report relies primarily on the testimony of the chief culprit, Dr. Grigory Rodchenkov. The Independent Commission found Rodchenkov to be “at the heart of the positive drug test cover-up.”

While it’s possible that Rodchenkov’s is truthful, it’s also possible he is lying or misleading to redirect responsibility away from himself.

—The report asserts that Rodchenkov is credible and truthful with little demonstrated proof. The November 2015 Independent Commission report concluded that Dr. Rodchenkov was not credible. The fact that Rodchenkov was aware of techniques for manipulating test results is not evidence of State control; he was the main culprit. The former director of Moscow Laboratory has admitted his involvement in urine sample swapping, design of a steroid cocktail not easily traced, and more. He was instrumental in helping some athletes cheat the system. He is the person with most motivation to implicate others, especially higher up. The fact that Rodchenkov was involved in extorting athletes for money suggests opportunism not integrity.

—The investigation did not consider the factual corrections or counter-arguments of Russian authorities. Mclaren says “The IP did not seek to interview persons living in the Russian Federation … I did not seek to meet with Russian government officials and did not think it necessary.” Since the Russian Ministry of Sport and other agencies are accused of serious violations in this report, this is a strange absence and strong evidence of bias. It is a basic standard of fairness to hear both sides of a controversy before reaching a conclusion.

—The investigation excluded a written rebuttal supplied by one of the accused Russian individuals. Mclaren says, “I also received, unsolicited, an extensive narrative with attachments from one important government representative described in this report. In the short span of 57 days that I was given to conduct this IP investigation it was simply not practical and I deemed such interviewing would not be helpful.” (P21) Since one of the main purposes of the investigation was to determine the truthfulness of Rodchenkov’s accusations, this decision to not consider the “unsolicited” information is shocking. It should have been mandatory to evaluate the arguments and information coming from Russian authorities.

—As reported by Sports Integrity Initiative, there are numerous inconsistencies in the Mclaren Report (also called the IP report). For example “The IP report appears to contain two different versions – both from Rodchenkov – about how ‘protected’ Russian athlete samples were able to be identified at the laboratory.” Also, “The IP Report and IO Report contain conflicting accounts of how samples taken at the Sochi 2014 Olympics were consolidated for shipment to the laboratory.” These unexplained contradictions, not noted by Mclaren, reflect adversely on Rodchenkov’s credibility and the investigation.

—Curiously, the primary “whistleblowers,” Vitaliy and Yuliya Stepanov, are not interviewed for the report. They appear prominently in the ARD videos and the “Sixty Minutes” report. In those appearances there are more contradictions. In the “Sixty Minutes” report, Vitaliy is described as a “low level” doping control officer. In the ARD movie (“How Russia Makes its Winners”) Vitaliy is described as an adviser to the Director General who worked personally with Minister of Sports and was a trainer of doping control officers. In both documentaries Vitaliy comes across very sympathetically and is only concerned with “clean sport.” However at 5:45 of the first Seppelt video we learn that Vitaliy was procuring the drugs and helping his wife Yuliya cheat. In fact, Vitaliy and Yuliya Stepanov only joined the anti-doping crusade after Yuliya was caught doping (by Russian controls).

—Prof. Mclaren was biased. Long before his investigation was complete, Mclaren was using his position to confidentially influence the IAAF to ban the entire Russian track and field team from the Rio Olympics. He also influenced Canadian and American athletes to launch a campaign to ban the entire Russian team. This action was denounced by the President of the European Olympic Committees who said, “Firstly, the McLaren report is meant to be a totally independent report that must remain totally confidential until its publication on Monday, 18 July 2016 at 09:00 in Canada. It is clear from the e-mail and letter that both the independence and the confidentiality of the report have been compromised. My concern is that there seems to have been an attempt to agree an outcome before any evidence has been presented. Such interference and calls ahead of the McLaren Report publication are totally against internationally recognized fair legal process and may have completely undermined the integrity and therefore the credibility of this important report.”

—The Mclaren Report fails to identify specific cheaters and instead casts suspicion on all Russian athletes. The investigation had a specific mandate to “Identify any athlete that might have benefited from those alleged manipulations to conceal positive doping tests.” (P3) Instead of doing that, Mclaren vaguely talks about “many” or “dozens” of cheaters. The Mclaren report says “The IP investigative team has developed evidence identifying dozens of Russian athletes who appear to have been involved in doping. The compressed time-line of the IP investigation did not permit compilation of data to establish an anti-doping rule violation.” The report effectively smears the reputation of innocent and clean Russian athletes.

—The Mclaren report ignores WADA statistical data regarding test violations. Data from WADA shows that while Russians had the most overall test violations, numerous countries including Belgium,France, and Turkey have higher percentage of test violations given the number of athletes and tests. This is factual not anecdotal information that should have been referenced in an objective report.

The Mclaren report and WADA decisions have been excessively influenced by sensational and exaggerated media reports. Vitaliy and Yuliya Stepanov have been the explosive witnesses whose testimony is portrayed uncritically in the ARD and “Sixty Minutes” videos. As mentioned earlier, the Stepanovs were both involved in doping before becoming whistle-blowers. Yuliya Stepanova says “All athletes in Russia are doping. You cannot achieve the results you’re getting, at least in Russia, without doping. You must dope. ” This is exaggerated and false. It denies the existence of clean Russian athletes, the intense training and honest hard work of many Russian athletes and coaches. It has fallen on people like world record holder Yelena Yisinbaeva to challenge the false assertions and question why she is being punished.

Doping is a long standing problem in many countries. Some of the most spectacular examples include Ben Johnson (Canada, 19998), Marion Jones (U.S., 2000), and Tyson Gaye (U.S., 2013). WADA statistics confirm that doping is a global problem. In 2011 a scientific study estimated that 29-45 percent of all track and field athletes internationally were doping. Sebastian Coe, current President of IAAF, tried to suppress news of the study.

Yes, doping is a problem in Russia, as in many countries. Russian authorities acknowledge this and have taken significant efforts to clamp down and stop the doping. If there are still some cheaters and violators that does not negate the overall positive trend. There is significant evidence that the assertion that doping in Russia is “state sponsored” is substantially false, no matter how many times it’s repeated.

Following WADA’s Independent Commission report in late 2015, Russian athletes have been tested through international certified laboratories. The frequency of testing has increased in an effort to demonstrate compliance with anti-doping rules and regulations. If there was still concern that Russian athletes were somehow cheating, the testing regime at the Rio Olympics could be escalated. Instead, WADA and the Mclaren Report recommended banning all Russian athletes from the Olympics.

One of the founding goals of the Olympic movement is to promote peaceful society instead of conflict. WADA has an important task that deserves support but not if it becomes a politically biased crusade. As shown above, the Mclaren Report has major deficiencies. The targeting of Russia and indiscriminate punishment of their athletes is a betrayal of the Olympic spirit.

Rick Sterling is a retired aerospace engineer who now writes about international issues. He can be reached at rsterling1@gmail.com