The Disappearance of Silence 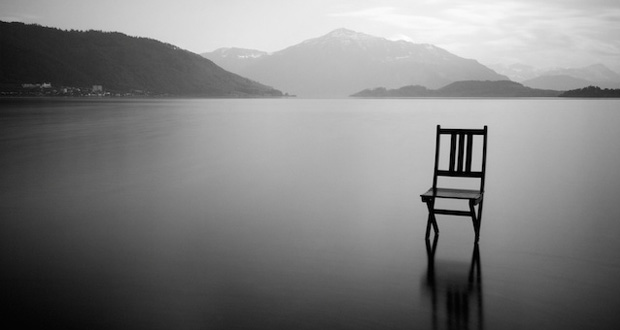 Silence is a word pregnant with multiple meanings: for many a threat; for others a nostalgic evocation of a time rendered obsolete by technology; for others a sentence to boredom; and for some, devotees of the ancient arts of contemplation, reading, and writing, a word of profound, even sacred importance.

But silence, like so much else in the present world, including human beings, is on the endangered species list. Another rare bird—let’s call it the holy spirit of true thought—is slowly disappearing from our midst. The poison of noise and busyness is polluting more than we think, but surely our ability to think.

I am sitting on a stone step of a small cabin on an estuary on Cape Cod. All is quiet. Three feet in front of me a baby rabbit nibbles on grass, and that nibbling resounds. A mourning dove moans intermittently. I see the wind ripple the marsh grass and sense its low humming. I feel at home.

I am dwelling in silent stop-time.

It strikes me how rare silence has become; how doing nothing seems so un-cool. Noise and busyness have become our elements. While I watch the rushes sway, I wonder why wherever you turn people are rushed and stressed. A frantic anxiety prevails everywhere. Whether you ask the young, the middle-aged, or the retired, they all report stress and lack of time. “It’s crazy,” you often hear them say. “It” is never defined.

Clearly there are powerful forces that profit from this noisy busyness, this connected way of technological consumption, this contraction of time. Everyone seems to have their reasons why they are in such a state, but few imagine how and why it may be “engineered.” They don’t have the quiet time to do so.

Or they don’t want to.

When I speak of noise I am not thinking primarily of the din we associate with city life—cars, trucks, taxis, horns, sirens, congestion, etc.—a world rushing to get somewhere for unknown reasons. That noise, alas, is hard to avoid, even in small towns or suburbs. If I travel a half mile from where I sit in silence, I will encounter such noise as people speed by in cars on their search for a vacation from it.

Being in a secluded spot on Cape Cod for a few days is a luxury. I realize that. So too is having these minutes to write these words. Yet I know also that I am choosing to do so, and that for me the luxury is also a necessity. How could I live without “doing nothing” in silence? Even the computer I am typing these words on tells me I am wrong: it wants to correct my words “doing nothing” to “doing anything.” I’m surprised it doesn’t tell me that I should be having “fun,” though perhaps doing anything is the equivalent. 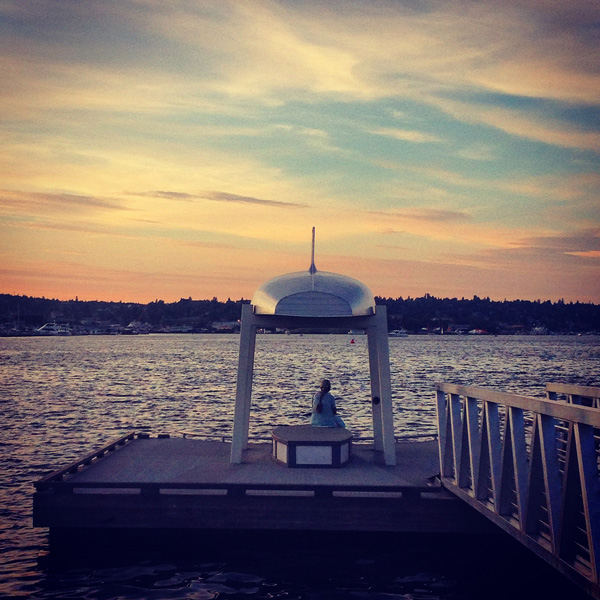 The noise of modern life is hard to avoid completely, and, in any case, it is the least disruptive of the silence I have in mind. There is another kind of noise that is self-imposed and whose purpose, consciously or not, is to make sure one is not “caught” by silence. As those who flee from silence know, it can be dangerous to one’s reigning assumptions about self and the world. Noise seems more comforting.

We all know people who go from morning ‘til night, day in and day out, without ever pausing to enter the sounds of slow silence. One doesn’t have to look far for them; technology has made them the rule. They race through their lives in the cocoon of technological noise. They’re informed, in touch, tuned in to everything but their own souls. They drown themselves in the incessant noise of televisions and radios, or the busyness of telephone calls, texting, or trivia “that has to be done.” They are always planning, going, organizing, and scheduling activities. Or talking—endless chatter about the weather or shopping or the latest mainstream media’s blaring headlines.

They choose to fill their lives with distracting noise in order to avoid the silence that might force them to confront issues of self-knowledge that are the stuff of great books, true art, a fully human life; self-knowledge that connects the individual to his social circumstances in his historical period; knowledge that might allow them to grasp the sources of the profound anxiety and despair that induces their franticness. This is what C. Wright Mills called the sociological imagination.

For fifteen years the United States has been living under an official state of national emergency and constant, paralyzing fear—a fear that keeps people moving as fast as they can so they don’t stop and look back and see what has happened to them and why and where they are heading—over the cliff.

It is another day now and I am sitting in the shade of a tree looking out on a beautiful harbor filled with sailboats. A seagull swoops and sails before me. A strong wind picks up from the west. This water is the playground of the wealthy. Unlike the poor, they can buy outer silence. They seem to have plenty of time to think deep thoughts, such as where did all their money come from. From corporations that are part of the military-industrial complex? By exploiting others? I suspect they use their “free” time to think of other things.

For some reason the rough water reminds me of all those refugees fleeing war and chaos on the Mediterranean Sea. Desperate people. Why must they die seeking refuge? Why must they flee their homelands? Who drove them to the boats? The sea and silence brings these thoughts to my mind? Silent reverie can do that. It can conjure up disturbing thoughts.

I often write about such matters. Most of what I write is serious stuff, what people refer to as “heavy” writing: wars, assassinations, coups, etc.—a lot of history, social issues, philosophical and theological questioning. And I find that many people find it tough to take. They can’t find the time or silent concentration to read it closely and study to see if my analyses are correct. I think they choose not to take the time to enter the cocoon of silent concentration it demands. They will nod or demur, but not delve any deeper. Deeper means danger.

Those hundreds of thousands of fleeing boat people, for example; who is responsible for their fate? Who started the wars that drove them from their homes? Might we be implicated? Do we bear responsibility? Can we be silently attentive enough to hear their cries and explore the facts? Is the noisy busyness a self-imposed distraction from the truth? Do we live in bad faith?

Can we stop talking, stop moving, and stop doing long enough to contemplate such matters?

Can we shut up long enough to listen to what the silence might reveal?

What are we running away from? Are there truths so deep and so disturbing that they must be “silenced”?

Slow silence would allow us to understand how the leaders of the United States are pushing the world toward the ultimate silence of nuclear conflagration by provoking war with Russia. Most people are too “busy” and too distracted—and therefore too ignorant—to notice. So for them it’s not happening. It’s not happening, as Harold Pinter said of all the countless war crimes committed by the United States while the American people were hypnotized into thinking otherwise: “It never happened. Nothing ever happened. Even while it was happening it wasn’t happening. It didn’t matter. It was of no interest.”

We were too busy to notice. All we could hear was noise, propagandistic bedlam.

A society suffering from socially induced attention-deficit disorder is a society in a state of disintegration. Focused on the noisy foreground of conventional thinking fueled by a mass media spewing out endless distractions and pseudo-events, most people are lost in a cacophonous mental chaos.

I’m not sure if there is any point in writing these words.

But I am sure that the art of writing implies the art of reading. The writer creates and the reader recreates; both demand silence, a not-doing, the cessation of all noise that serves to prevent true thought. Can you hear me?

The machines must be turned off. “Our inventions,” Thoreau noted, “are wont to be pretty toys, which distract our attention from serious things.”

It is not hard to turn a switch, pull a plug, or press a button; the hard part is wanting to. Harder still, but equally necessary, is the quieting of the mind, the silencing of the incessant internal chatterboxes that accompany us everywhere. 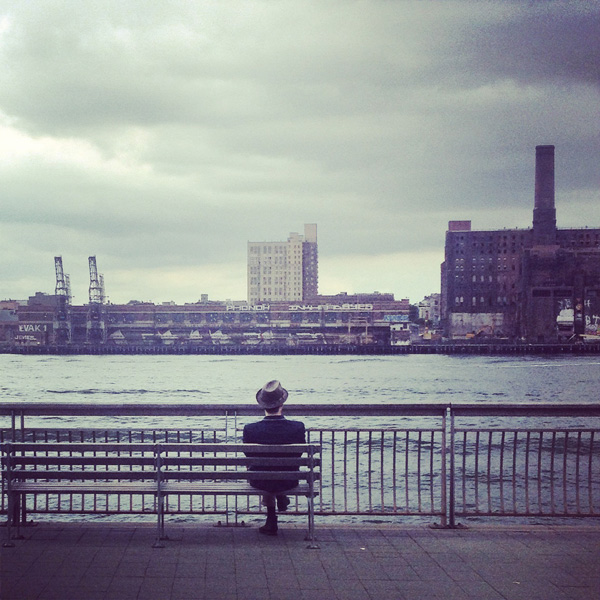 Unless by some miracle we reject the bill of goods of noisy busyness that has been sold to us to sow confusion, we are doomed. That might sound hyperbolic, but it is not. We are being led to the slaughter by crazed elites who are pushing for a world war. We are drowning in lies and more lies, lies compounded by noisy repetition.

“There ain’t nothing more powerful than the odor of mendacity. . . . You can smell it. It smells like death.” That’s what I recently heard Big Daddy say in a production of Cat on a Hot Tin Roof.

The Trappist monk Thomas Merton once wrote that someday they will sell us the rain; in saying that he implied that any essential, beautiful aspect of life could be destroyed by a society hell-bent on destruction through war and consumerism. Now that they have sold us noise and speed to eliminate slow silence, we are in far deeper trouble. We can’t think straight, if we can think at all. And clear thinking has never been more important.

Gandhi, the revolutionary, put it perfectly, “In the attitude of silence the soul finds the path in a clearer light, and what is elusive and deceptive resolves itself into crystal clearness. Our life is a long and arduous quest after Truth.”

Edward Curtin is a sociologist and writer who teaches at Massachusetts College of Liberal Arts and has published widely.