Who Profited from the $440 Billion Greek Bailout? Not Greeks

Hundreds of billions of dollars in loans haven’t helped the Greek economy or its people. 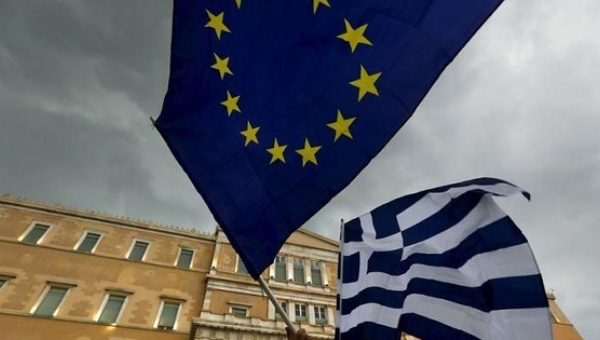 22 Aug 2016 – This week marks the first anniversary of the 2015 Greek debt crisis, the third in that country’s recent history since 2010. Last Aug. 20-21, 2015, the ‘Troika’—i.e., the pan-European institutions of the European Commission (EC), the European Central Bank (ECB), plus the IMF-imposed a third debt deal on Greece. Greece was given US$98 billion in loans from the Troika. A previous 2012 Troika imposed debt deal had added nearly US$200 billion to an initial 2010 debt deal of US$140 billion.

OPINION: Greek Debt Negotiations: Will the IMF Exit the Troika?

That’s approximately US$440 billion in Troika loans over a five year period, 2010-2015. The question is: who is benefitting from the US$440 billion? It’s not Greece. If not the Greek economy and its people, then who? And have we seen the last of Greek debt crises?

One might think that US$440 billion in loans would have helped Greece recover from the global recession of 2008-09, the second European recession of 2011-13 that followed, and the Europe-wide chronic, stagnant economic growth ever since. But no, the US$440 billion in debt the Troika piled on Greece has actually impoverished Greece even further, condemning it to eight years of economic depression with no end in sight.

To pay for the US$440 billion, in three successive debt agreements the Troika has required Greece to cut government spending on social services, eliminate hundreds of thousands of government jobs, lower wages for public and private sector workers, reduce the minimum wage, cut and eliminate pensions, raise the cost of workers’ health care contributions, and pay higher sales and local property taxes. As part of austerity, the Troika has also required Greece to sell off its government owned utilities, ports, and transport systems at ‘firesale’ (i.e. below) market prices.

The US$440 billion in Troika loans—and thus Greek debt—has not been employed to benefit the Greek people, or to help the Greek economy recover from its eight years of depression; it has gone to pay the principle and interest on previous Troika debt, as that debt has been piled on prior debt in order to pay for previous debt. 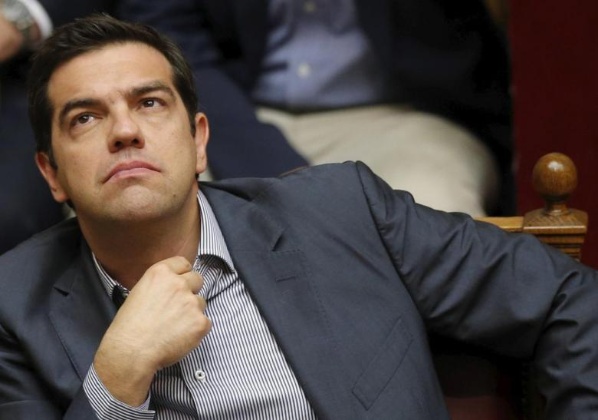 A recent 2016 released study has revealed conclusively where all the interest and principal payments on the US$440 billion debt has gone. It has gone directly to European bankers and investors, and to the Troika institutions of the EC, ECB, and IMF, who indirectly in turn recycle it back to private bankers and investors.

According to the White Paper (WP-16-02) published by the European School of Management and Technology, ESMT, this past spring 2016, entitled “Where Did the Greek Bailout Money Go?”, more than 95 percent initial Troika loans to Greece went to pay principal and interest on prior Troika loans, or to bailout Greek private banks (owned by other Euro banks or indebted to them), or to pay off European private investors and speculators. Less than 10 billion euros was actually spent in Greece.

The ESMT study further estimates the most recent, third Greek debt deal of last Aug. 2015 will result in more of the same: Of the US$98 billion loaned to Greece last year, the study projects that barely US$8 billion will find their way to Greek households.

In exchange for the 95 percent paid to the Troika and banker-investor friends, the austerity measures accompanying the Troika loans has meant the following: Greece’s unemployment rate today, in 2016, after eight years is still 24 percent. The youth jobless rate still hovers above 50 percent. Wages have fallen 24 percent for those fortunate enough to still have work. The collapse of wages is due not just to layoffs or government and private business wage cutting, both of which have occurred since 2010, but is due also to the shifting of full time to part time work. Full time jobs have collapsed 27 percent, the lowest ever, while part time jobs have risen 56 percent, to the highest ever. The poorest and most vulnerable Greek workers and households have seen their minimum wages reduced by 22 percent since 2012, on orders of the Troika. And pensions for the poorest have been reduced by approximately the same. All that to squeeze Greek workers, households and small businesses in order to repay interest on debt to the Troika, to Europe’s bankers, and private investors.

None of the debt, austerity, depression, and collapse of incomes existed before the Troika intervened in Greece starting in 2010. Greece’s debt to GDP was around 100 percent in 2007, about where it had been every year for the entire preceding decade, 1997-2007. It was no worse than any other Eurozone economy, and better than most. Greek debt rose in 2008 to 109 percent due to the global recession, accelerating to 146 percent of GDP in 2010 with the first Troika debt deal of US$140 billion. It then surged to more than 170 percent in 2011, where it has remained ever since as another US$300 billion was added in Troika loans in 2012 and 2015.

Greece’s debt since 2010 is certainly not a result of Greek government spending, which has fallen from roughly 14 billion euros to 9.5 billion in 2015, reflecting Greece’s deep austerity cuts demanded by the Troika. Nor can it be attributed to excessive wages and too many public jobs, as both these have declined by a fourth as debt has accelerated. The debt is Troika loans forced on Greece in order for Greece to pay principal and interest on previous loans forced on Greece.

What happened a year ago, in the third Troika debt deal of Aug. 2015, was the same that happened in 2012 and 2010: US$98 bill more debt was added to Greece’s already unsustainable US$340 or so billion. In exchange, last August Greece had to implement the following even more severe austerity measures: 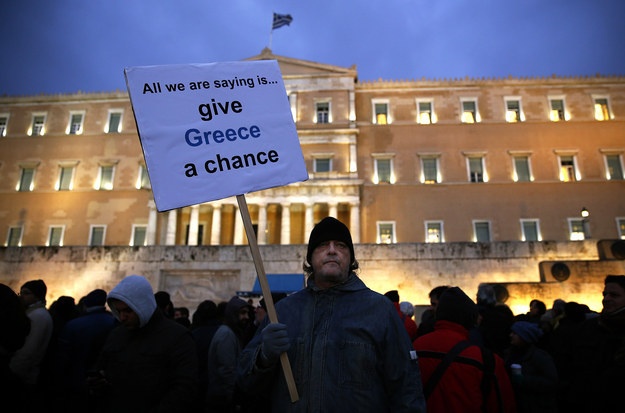 An anti-austerity protest in front of the parliament in Athens. | Photo: Reuters

Generate a budget surplus of 3.5 percent of GDP from which to repay Troika debt-i.e. around US$8 billion a year. Raise sales taxes to 24 percent, plus more tax hikes on “a widening tax base” (i.e. higher taxes for lower income households). Introduce what the Troika calls “holistic pension reform”—i.e., cut pensions up to 2.5 percent of GDP, or around US$5 billion a year, and abolish minimum pensions for the lowest paid and the annual supplemental pension grants. Introduce a “wide range” of labor market reforms, including “more flexible” wage bargaining, easier mass layoffs, new limits on worker strikes, and thousands more teacher layoffs as part of “education reform”. Cut health care services and convert 52,000 more jobs to part time. And introduce what the Troika called a more “ambitious” privatization program. And this is just a short list.

And How Has Greece’s Economy Actually Performed over the Past Year?

Greek government spending since Aug. 2015 has further declined by 30 percent as of mid-year 2016, except for military spending that has risen by US$600 million. Since Aug. 2015, quarterly Greek GDP has continued to contract on a net basis. Greek debt as a percent of GDP has risen further.

There are 83,000 fewer full time jobs. (But 28,000 more part time jobs). Youth unemployment rates have risen from 48.8 to 50.3 percent. Consumer spending has dropped by almost 10 percent, as consumer confidence continues to plummet, home prices deflate, and business investment, exports, and imports all slow. In other words, the Greek economy continues to worsen despite the added US$98 billion Troika debt and the more extreme austerity measures imposed a year ago.

The answer is “Yes.” Greece cannot generate a 3.5 percent surplus from which to pay the mountain of principal and interest on its debt. Debt repayments in 2016 to the Troika were relatively minimal in 2016. In 2017-18, however, greater debt repayments will come due as Greece’s inability to repay will no doubt worsen, when the next Europe-wide recession hits, which is likely in 2017-18 as well. The next Greek debt crisis may erupt even before, as a consequence of the current deterioration in Europe’s banking system in the wake of Brexit and the deepening problems in Italy’s and Portugal’s banking systems. Contagion elsewhere could quickly spill over to Greece, precipitating another fourth Greek banking and debt crisis.

By imposing austerity to pay for the debt the Troika since 2010 has forced the Greek government to extract income and wealth from its workers and small businesses-i.e. to exploit its own citizens on the Troika’s behalf-and then transfer that income to the Troika and Europe bankers and investors. That’s imperialism pure and simple-albeit a new kind, now arranged by State to State (Troika-Greece) financial transfers instead of exploitation company by company at the point of production. The magnitude of exploitation is greater and far more efficient.

What’s happened, and continues to happen in Greece, is the emergence of a new form of financial imperialism that smaller states and economies, planning to join larger free trade zones and ‘currency’ unions, or to tie their currencies to the dollar, the euro, or other need to avoid at all cost, less they too become ‘Greece-like’ and increasingly debt-dependent on more powerful capitalist states to which they decide to integrate economically.

Neoliberalism is constantly evolving and with it forms of imperialist exploitation as well. It starts as a free trade zone or ‘customs’ union. A single currency is then added, or comes to dominate, within the free trade customs union. A currency union eventually leads to the need for a single banking union within the region. Central bank monetary policy ends up determined by the dominant economy and state. The smaller economy loses control of its currency, banking, and monetary policies. Banking union leads, of necessity, to a form of fiscal union. Smaller member states now lose control not only of their currency and banking systems, but eventually tax and spending as well. They then become ‘economic protectorates’ of the dominant economy and State-such as Greece has now become.