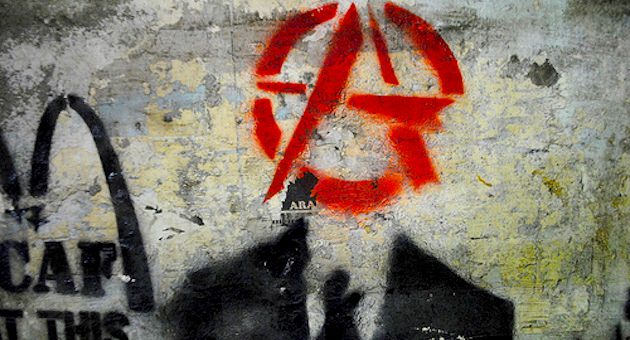 7 Sep 2016 – Caught up, as we are, in the politics of statism, it is often extremely difficult to see the forest for the trees. We’re often so busy pretending to think outside the box that we lose track of what’s “the box” and what’s not. We’re so inured by this system of exploitation that it’s often too easy to kiss each other with lies rather than smack each other with the truth.

“Knowledge makes a man unfit to be a slave.” ~Frederick Douglas

Meanwhile, complacency sets in and inertia takes hold. Apathy takes root and ignorance becomes “bliss.” Our lives go on and we placate each other with such cowardly platitudes as, “It’s just the way things are,” or “Why fight it? There’s nothing we can do.” Bullshit!

This is not the way things are. This unhealthy system (statism) has separated you from the way things are (natural anarchy). Why fight? Derrick Jensen said it best, “We are the governors as well as the governed. This means that all of us who care about life need to force accountability onto those who do not.” You think there’s nothing you can do about it? Well, you could begin by educating yourself on what the difference between statism and anarchy really is.

Controlled Chaos under the Illusion of Order (Statism)

“Chaos is what we’ve lost touch with. This is why it is given a bad name. It is feared by the dominant archetype of our world, which is Ego, which clenches because its existence is defined in terms of control.” ~Terence McKenna

Statism is bureaucratic order. When order becomes bureaucratic it becomes an abstraction of an abstraction. It loses the essence of real order because it is in the throes of an “order” pigeonholed by fallible men claiming to hold infallible truths that become ill-conceived laws that generally don’t coincide with cosmic laws. Deception becomes rampant in such an illusory state. And the innocent people who are conditioned, brainwashed, and propagandized to no-end by such an illusory bamboozlement become easily manipulated into believing that man-made laws must be followed. Sometimes even at the expense of cosmic laws that should not be avoided.

Statism is the result of an obsolete idea (that has somehow (stupidly) withstood the test of time) held by a group with outdated notions of power lording such power over an ignorant majority. The small group of individuals harboring outdated notions of power want to remain in power –no matter how misguided, immoral, or downright stupid their notion of power is. And so they manipulate the hierarchical nature of statist dogma to keep themselves entrenched in their parochial seats of power, usually at great expense (exploitation, structural violence, violent expropriation, debt slavery, and environmental rape) to others.

Under their deceptive controlled chaos and unhealthy illusion of order, all healthy order falls in polluted disarray. Unnecessary poverty is rampant. Avoidable wars are waged. Needless divisive racism and xenophobic jingoism is rife. Preventable pollutants destroy the land, poison the air, and toxify the oceans. All because of the idiotic statist notion of order, which is nothing more than controlled chaos, which is nothing more than an unhealthy hierarchy high on its own ignorant understanding of power, which leaves the world bleeding and dying at its feet.

It matters not the state; any state pushing its statist dogma onto otherwise free human beings is fundamentally unhealthy and is the opposite of liberty. In fact, it is disguised tyranny. Which is ten-times worse than naked tyranny, because naked tyranny is easily thwarted and thus easily denied by the majority. But the disguised tyranny of the state is not so easily thwarted, for it becomes diabolically entrenched in the mind of the majority of conditioned men, deceiving them into believing the Great Lie, as Nietzsche wisely put it, “State is the name of the coldest of all cold monsters. Coldly it lies; and this lie slips from its mouth: ‘I, the state, am the people.’” Indeed. Such a lie is not easily untold. Much cognitive dissonance must be navigated in order to dissolve it. Cognitive dissonance can cripple even the most intelligent and most open-minded of men. 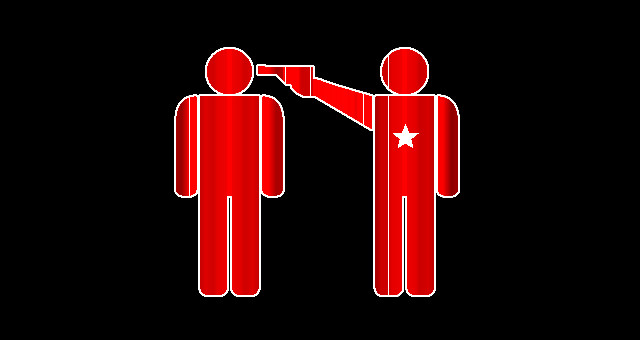 Uncontrolled Order Under the Illusion of Chaos (Anarchy)

“The multitudes have a tendency to accept whoever is master. Their very mass weighs them down with apathy. A mob easily adds up to obedience. You have to stir them up, push them, treat the men rough using the very advantage of their deliverance, hurt their eyes with the truth, throw light at them in terrible handfuls.” ~Victor Hugo

Anarchy is cosmic order. When order is uncontrolled and allowed to flow, then a healthy equilibrium becomes manifests. It only seems chaotic because the majority of us have been conditioned by statism to think that a world without man-made laws is a world in chaos. Nothing could be further from the truth. On a long enough timeline most man-made laws become irrelevant. Unless they coincide with cosmic laws. As James Russell Lowell surmised, “Time makes ancient good uncouth.” This means that what once seemed right and just and lawful eventually goes out of date, and if we cannot let go of it, if we cannot update our outdated values, we become uncouth, immoral, or even downright stupid for withholding them.

Such is our plight against the heavy shadow of the state. The state is without a doubt an “ancient good” deemed uncouth by the passage of time. And it is on us as rational, healthy, and free human beings, who are attempting to progressively evolve on an ever-changing planet, to discard such parochial values. Indeed, as Eliezer Yudkowsky proclaimed, “You are personally responsible for becoming more ethical than the society you grew up in.” 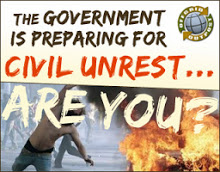 As it stands, becoming more ethical than the society we grew up in means shedding the too-heavy, overreaching, unhealthy, unsustainable armor of the state and donning the anarchist cape of vulnerable courage. It means adapting to, and overcoming, a world that must continue to change in order to remain healthy. It means embracing the flexible courage of anarchy in the face of the inflexible cowardice of the state. In short, it means becoming healthier than the society we grew up in. Which is easy, really. Because the society we grew up in is fundamentally unhealthy. It means being proactive about finding a cure for the sickness within society. The sickness is statism. The cure is anarchy. It means undeceiving ourselves. It means holding those accountable who deceive, and who are still deceived. It means getting power over power by using our updated understanding of prestigious power to trump their outdated understanding of violent and exploitative power.

There is a way to have our progressive evolution and our freedom as well. It’s not a “you can’t have your cake and eat it too” situation. It’s a freedom begets freedom situation. It’s a situation of ‘I want to be free so that I have a better chance of helping others be free.’ Because with enough people free, who also honor the freedom of others, the less likely the chances are that tyranny and slavery become a problem. Alas, as Voltaire quipped, “It is difficult to free fools from the chains they revere.”

But the problem is the way power is perceived. Statism has conditioned us to think that power means having money, stockpiling possessions and gaining wealth through the violent exploitation of others in a vicious cycle of one-upmanship. Statism preaches the use of exploitative and violent power as its unhealthy dogma. Anarchy advocates the use of cooperative nonviolent power through reciprocity. Because power can be healthy. Power balanced with humility and humor is healthy. Healthy power is moral. Healthy power is prestigious. It is nonviolent. It balances itself out in healthy accord with the natural order of things. It is harmonious with Cosmic Law, The Golden Rule, The Golden Mean, The Golden Ratio, The Nonaggression Principle, and Ubuntu. Indeed. Healthy power is naturally anarchic and egalitarian.

The conclusion? The uncontrolled order of anarchy is healthier than the controlled chaos of statism. It’s healthier not only because its eco-centric freedom trumps the statist’s egocentric tyranny, but also because it frees the independent individual into a deeper freedom, into realizing his/her own interdependent nature, despite a codependent state. Interdependence is what we’ve lost touch with. Anarchy is given a bad name because of this, because interdependence is antithetical (even deemed chaotic) to the codependency of the state (which is nothing more than controlled chaos). But anarchy bridges the gap between nature and the human soul, and thus connects thesis to antithesis, which then becomes the synthesis of interdependence.

In the end, the uncontrolled order (cosmic law) will win out, whether or not our species is still around to experience it. However, if we continue to kowtow to the controlled chaos of unhealthy states, then we will not survive. But if we can learn to embrace anarchy, we will give both ourselves, and the environment that sustain us, a fighting chance at survival. Just remember, as Marcus Aurelius said, “The best revenge is not to be like your enemy.” Have no illusions. The enemy is the state.

Gary ‘Z’ McGee, a former Navy Intelligence Specialist turned philosopher, is the author of Birthday Suit of God and The Looking Glass Man. His works are inspired by the great philosophers of the ages and his wide awake view of the modern world.

This article was originally created and published by Waking Times and is printed here under a Creative Commons license. It may be re-posted freely with proper attribution, author bio, and this statement of copyright.