Christopher Columbus: The Myth That Keeps on Giving

Why has a symbol of mass slaughter been unrepentantly idolised for more than half a millennium? 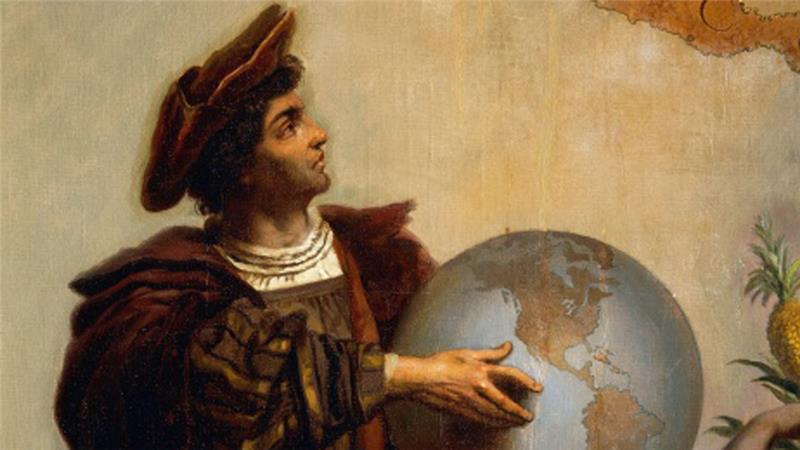 On October 12, 1492, a geographically misguided voyager by the name of Christopher Columbus happened upon the so-called New World.

Five centuries later, famed Uruguayan writer Eduardo Galeano would refer to the day as the one on which “America discovered capitalism” as Columbus, “financed by the kings of Spain and the bankers of Genoa, brought this novelty to the Caribbean islands”.

In his journal, Columbus enthusiastically “prophesied that ‘all Christendom will do business here'”. Galeano remarks: “In that [prediction] at least he was right”.

And a violent business it was, as meticulously demonstrated in the now-deceased Galeano’s masterpiece Open Veins of Latin America: Five Centuries of the Pillage of a Continent.

Open the book to any page and you’ll find passages like this:

“The massacres of Indians that began with Columbus never stopped … The Yaqui Indians of the Mexican state of Sonora were drowned in blood so that their lands, fertile and rich in minerals, could be sold without any unpleasantness to various US capitalists.”

Indeed, the European pastime of physical and economic decimation of the territory and its peoples was deftly inherited by the United States, which has also managed to develop such subtler forms of imperial devastation as drug wars and free trade agreements.

That Columbus is not deserving of any form of admiration should be fairly obvious to anyone who is not sociopathic and can process simple facts.

And yet Columbus Day remains a federal holiday in the United States, celebrated this year on October 10.

Why is it so difficult to backtrack from the founding myths?

For starters, dismantling the myth of Columbus as hero would require some serious national introspection that would inevitably raise uncomfortable questions – such as why a symbol of mass slaughter has been unrepentantly idolised for more than half a millennium.

Contemporary global divisions of wealth and power would have to be re-evaluated in the light of a radically different and inconveniently truthful narrative of punitive conquest rather than the prevailing whitewashed version of triumphant discovery and civilised progress.

Toppling Columbus from his pedestal would also jeopardise the whole business of capitalist entitlement, which continues to function according to the logic that human beings are expendable when standing in the way of profit. Case in point: the Yaqui Indians, or – nowadays – the environmental activists regularly eliminated in Honduras and elsewhere for defending natural resources.

An assault on the sacredness of Columbus would, in short, be an assault on the idea that it’s all right to go to other people’s lands, take their stuff, and make them suffer – a modus operandi that applies not only to Latin America but also beyond, as inhabitants of Iraq and other locations can presumably attest. 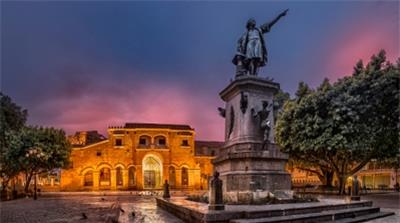 This is not to say, of course, that no progress has been made in disassembling the Columbus myth.

In the US, some more forward-thinking communities have renamed the holiday Indigenous Peoples’ Day.

In Venezuela and Argentina, statues of Columbus have been removed from their posts and replaced with Venezuelan indigenous chief  Guaicaipuro and South American guerrilla heroine Juana Azurduy, respectively.

In the Bahamas, National Heroes Day was introduced in 2013 as a substitute for the previously celebrated Discovery Day.

But more than 500 years after Columbus’ big day, it sometimes seems that – in some parts of the world – it is one step forward, 500 steps back.

For example, a recent proposal by anti-capitalist councillors in Barcelona to dislodge Columbus from his prominent position in the city failed to garner political support.

It did, however, prompt one right-wing politician to surmise that what the leftists would really like is to replace Columbus with a statue of North Korea’s Kim Jong-un.

As the old saying goes, take away Columbus and it’s a slippery slope to totalitarianism.

Given Puerto Rico’s continuing de facto status as a US colony– not to mention the hefty cost of installing the monument on the severely debt-stricken island – the acquisition may have rubbed some Puerto Ricans up the wrong way.

A complementary Tsereteli creation, Birth of a New Man, was erected in Columbus’ honour in 1995 in the Spanish city of Seville – a place that also happens to have plenty of associations with death. Galeano writes in Open Veins of Latin America:

“Three years after the discovery [of the New World], Columbus personally directed the military campaign against the natives of Haiti, which he called Espanola. A handful of cavalry, 200 foot soldiers, and a few specially trained dogs decimated the Indians. More than 500, shipped to Spain, were sold as slaves in Seville and died miserably.”

Fast forward to more than five centuries after America “discovered capitalism”. With things still proceeding in rather miserable fashion, perhaps it’s time for some un-discovering.

3 Responses to “Christopher Columbus: The Myth That Keeps on Giving”