‘Do not treat us like a doormat because you’ll be sorry for it. I will not speak with you. I can always go to China.’ 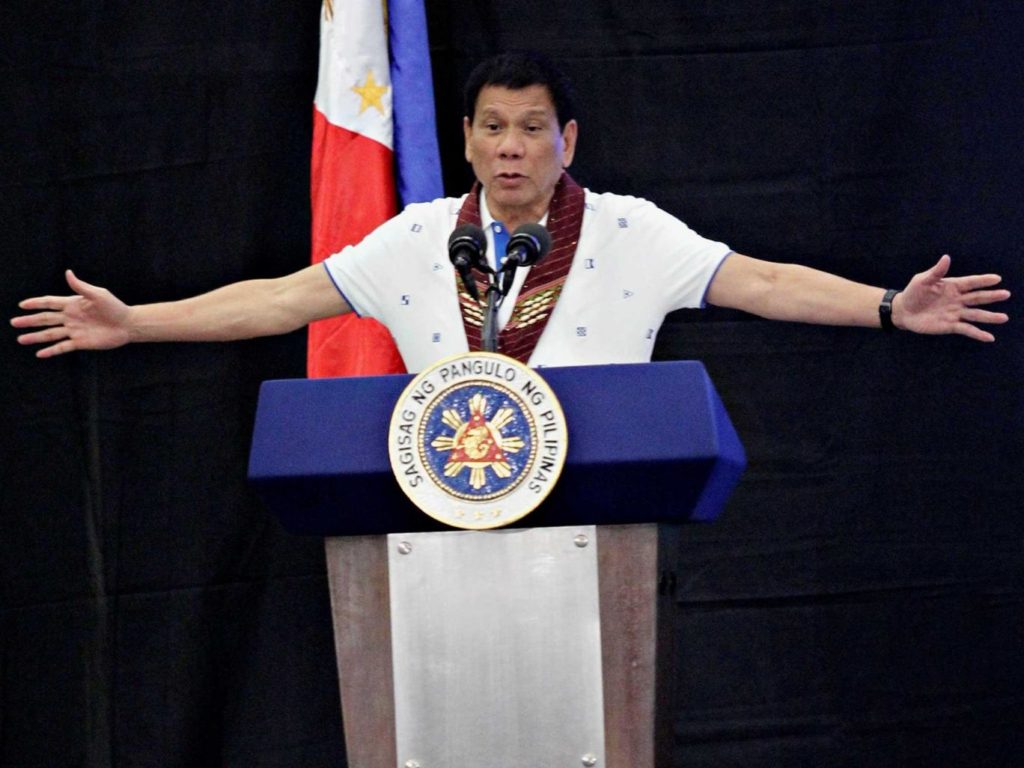 Rodrigo Duterte has ordered 28 annual military exercises with US forces to be halted. Reuters

11 Oct 2016 – The president of the Philippines has promised to dismantle the nation’s 65-year military alliance with the United States, warning Washington not to treat the nation “like a doormat”.

Rodrigo Duterte has ordered 28 annual military exercises with US forces to be halted and an ongoing US-Philippines amphibious beach landing exercise to be the last in his six-year presidency.

“This year would be the last,” said Mr Duterte, referring to military exercises involving the US in a speech on Friday in southern Davao city. 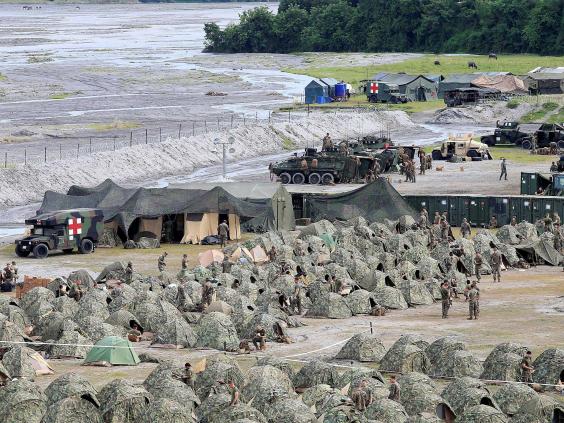 “For as long as I am there, do not treat us like a doormat because you’ll be sorry for it. I will not speak with you. I can always go to China.”

In an attempt to draw back from what Mr Duterte views as too much dependence on the US, 107 American troops involved in operating surveillance drones against Islamic militants will be asked to leave the country once the Philippines acquires its own intelligence-gathering capabilities, Defence Secretary Delfin Lorenzana said.

“We have been allies since 1951,” he said. “All we got are hand-me-downs, no new equipment. The Americans failed to beef up our capabilities to be at par with what is happening in the region.”

The divide in military relations with the country’s former colonial master comes as Mr Duterte lashed out against US criticism of his national crackdown on drug crime, which has left more than 3,600 suspects dead in just three months.

In September, Mr Duterte launched a scathing attack on US President Barack Obama, telling him to “go to hell” and calling him a “son of a bitch” when it was suggested he would be questioned over the killings.

Mr Lorenzana said affairs could recover if criticism of the drugs war subsided. “Relationships sometimes go to this stage but over time it will be patched up,” he said.

Mr Duterte’s strained relations with Washington do not appear to have spread to US allies such as Japan, which has committed to deliver patrol ships for the Philippine coast guard and signed a deal to lease five small surveillance planes to reinforce its territorial defence.

Mr Duterte has also reached out to China and Russia. Mr Lorenzana said he would travel to Beijing and Moscow to discuss acquiring defence equipment from them.

Commenting on the possibility that joint manoeuvres will be the last under Mr Duterte’s presidency, US military spokesman for the drills, Major Roger Hollenbek, said: “If it’s the last, so be it.”

“I have nothing to do with that and we are going to continue to work together, we’ve got a great relationship.”

Mr Duterte was elected in May on the promise of preventing the Philippines from becoming a “narco-state” and vowed to kill those involved in importing or selling illegal drugs.

The scale of his crackdown has been unprecedented. A rough estimate puts the death toll around 3,600, including 1,300 suspects killed in gun battles with police – an average of 36 killings a day since he took office on 30 June, which has drawn criticism from the US, the EU, the UN and human rights watchdogs.

One Response to “Philippines President Rodrigo Duterte Orders US Forces Out of Country, Cutting 65 Years of Military Ties”