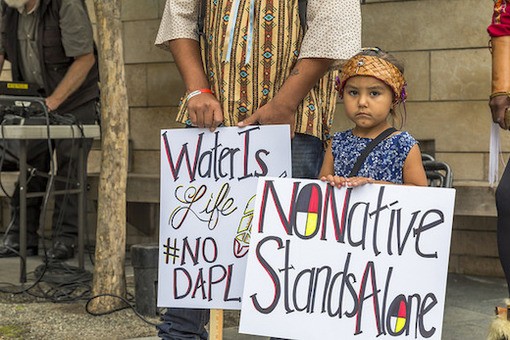 28 Oct 2016 – Three nights ago, 19.37 million television viewers watched the opening game of North American professional baseball’s so-called World Series pitting the Chicago Cubs against the Cleveland Indians (the latter team won 6-0). I made it through the second inning before I had to switch to radio out of disgust at the Indians’ jersey and ball-cap team logo – a wild grinning Native American caricature best understood as a modern-day Red Sambo. It’s bad enough that the Cleveland team retains (well into the 21st century) the name “the Indians.” First Nations people (the Canadian term) in the United States are more properly called Native or Indigenous Americans – not a name imposed on them by white conquerors who mistakenly thought they’d “discovered” “the Indes.”

But the logo is really beyond the pale. Imagine a team called “The Baltimore Blacks” or “The New Jersey Negroes,” with a ball-cap showing a racist caricature of a “Black Sambo.”   Or imagine a German football (soccer) team named the “Buchenwald Semites” – or an Austrian team named the “Vienna Hebrews” – with a jersey bearing the crudely exaggerated caricature image of an old stereotypically hook-nosed Jewish man. That would be unthinkable in Holocaust-haunted Germany, of course.

Native Americans suffered their own Holocaust on the lands that were swallowed up as the United States. By some estimates more than 15 million First Nations people inhabited North America (most of them on land later seized as U.S. territory) before Columbus. Thanks to white-imposed disease, displacement, eco-cide, and murder, the number of “Indians” alive in the United States fell to less than 250,000 by 1890. But team names bearing images and/or names of Indigenous people who experienced genocide – the Washington Redskins (yes, “redskins,” which the Black comic Chris Rock once analogized to naming a team “The New York Niggers”), the Cleveland Indians, the Atlanta Braves, the Chicago Blackhawks (named after a famous Sauk Nation warrior whose tribe members were butchered en masse by Andrew Jackson’s U.S. Army), the Kansas City Chiefs, the Fighting Illini, the Florida State Seminoles, etc. – live on with impunity in the U.S.

Meanwhile, up in the northern Great Plains, predominantly white and heavily militarized local and state police are attacking the civil rights and bodies of Indigenous people fighting heroically to help humanity (including the mostly white folks watching the World Series) avert environmental catastrophe. The remarkable prayer, protest, and resistance camp set up by North Dakota’s Standing Rock Sioux tribe is dedicated to blocking Energy Transfer Partner’s eco-cidal Dakota Access Pipeline (DAPL). The pipeline is a “giant black snake” being laid to carry 470,000 barrels of hydraulically fractured (fracked) crude oil daily from the North Dakota Bakken oil field under and near the Missouri River (under twice), the Mississippi (under once), and numerous other streams, lakes, rivers, and aquifers.

The Standing Rock resistance camp has at various times in recent months swelled to accommodate more than five thousand “water protectors” who are also air and climate protectors. It has garnered support and participation from more than 300 Native American tribes, making it the greatest example of inter-tribal solidarity in two centuries (since the time of Tecumseh) of U.S. history. And now – behind the scenes of the World Series and the seemingly endless quadrennial presidential electoral extravaganza – it is under vicious military-style attack. As Sarah Lazare reports on AlterNet:

“Military-style checkpoints. Low-flying surveillance planes. Invasive strip searches. These are just some of the repression tactics that have targeted the thousands of Indigenous people and supporters who, heeding the call of the Standing Rock Sioux Tribe, mobilized to North Dakota to stop the…DAPL…On Saturday [October 22nd], 127 water protectors were arrested at a march by police in riot gear, some of whom carried assault rifles, and multiple reports of violence have emerged, including forced strip searches. ‘What happened on Saturday was completely uncalled for, out of—out of the realm of any understanding of people who are trying to do something good and right,’ [said] Sacheen Seitcham, an organizer with the West Coast Women Warriors Media Cooperative…”

Cody Hall of the Cheyanne River Indian Reservation in South Dakota told Lazre that “Nobody is telling the real story of what’s coming out of these camps, why we’re doing this…Our overall goal,” Hall added, “is that this pipeline is not built. Our overall goal is to protect people, protect the human race…We’re protecting future generations.”

Indeed, Earth scientists across the world are urgently warning humanity and the predominantly white economic and power elites who control global and U.S. energy policy that fossil fuels must be kept in the ground and replaced with renewable energy sources as a soon as possible if homo sapiens wants to avoid ever more imminent ecosystem collapse.

It is a good moment for Americans of all races and ethnic and national origins to shift their attention away from the infantilizing mass spectator pageants of our corporate-mediated times – be they “World Series” games or quadrennial major party electoral carnivals. (You can put the game on the radio while organizing financial support for the Standing Rock water and climate protectors. And it takes about ten minutes to vote early, if you really think that matters). It’s a good time to glean some existentially imperative wisdom and inspiration from the likes of Cody Hall. Hall and thousands of other Indigenous water and climate protectors and their multiracial allies within and beyond North Dakota (mostly white Iowa activists have been waging an also-heroic and under-appreciated struggle against the DAPL at the Mississippi Stand camp in Southeastern Iowa) are trying in their own highly focused way to draw a line in the soil of the Great Plains against petro-capitalism’s relentless project of Greenhouse Gassing life on Earth to death – a crime that will make the Nazis and Columbus look almost like amateur criminals.

Cody Hall and Sacheen Seitcham and the many thousands of other Indigenous Americans fighting the DAPL are descended from the continent’s original inhabitants. They are connected thereby to an Indigenous and pre-capitalist culture from whom Euro-Americans could learn a great deal. As the Native American author and activist Ward Churchill wrote two decades ago:

“On…the day Christopher Columbus first washed up on a Caribbean beach, North America was long since endowed with an abundant and exceedingly complex cluster of civilizations.  Having continuously occupied the continent for at least 50,000 years, the native inhabitants evidenced a total population of perhaps 15 million, cities as large as the 40,000-resident urban center at Cahokia (in present-day Illinois), highly advanced conceptions of architecture and engineering, spiritual traditions embodying equivalents to modern ecoscience, refined knowledge of pharmacology and holistic medicine, and highly sophisticated systems of governance, trade, and diplomacy.  The traditional economies of the continent were primarily agricultural, based in environmentally sound farming procedures which originated well over half the vegetal foodstuffs now consumed by peoples the world over.  By and large, the indigenous societies demonstrating such attainments were organized along extremely egalitarian lines, with real property held collectively and matrifocality a normative standard.  War…in the Euro-derived sense in which the term is understood today, was unknown.”

Also unknown was economic inequality and poverty on anything remotely like the scale of early modern Europe, which gestated the capitalist order that would spill its vicious surplus onto North American territory including what would become the United States – a nation where the top tenth of the top One Percent currently owns nearly as much wealth as the bottom 90 percent.

Such were the remarkable, inter-connected social and cultural attainments of North Americans Indigenous people and nations, who are cruelly mocked as quaint and amusing savages from a bygone “frontier” era in the names and logos worn by U.S. sports teams.

As the top national media spectacle shifts from the World Series to the final days of the noxious Trump-Hillary election carnival, reflect on this great accomplishment of so-called Western Civilization: in the three “presidential” “debates” between the two widely hated major party contestants, the media moderators did not ask or relay a single, solitary question about climate change – the single greatest issue of our or any time. Not one question. It is quite literally unreal.

(And note the absurdity of North American white-capitalist-owned baseball’s penultimate games being played during the evening and in the cool and even cold temperatures of the middle Fall season. Baseball is a summer game, meant to played in warmth, but commercial considerations dictate that profit trumps basic natural, Earth-conscious, environmentally grounded intelligence when it comes to when Major League Baseball and the all-powerful corporate media schedule the games. The continent’s First Nations people would never be so foolish as that.)

Meanwhile thousands of predominantly Native American activists (proud heirs of the people taunted and lampooned by the name and gear of the Cleveland baseball team). are giving their answer at the top of the U.S. heartland: fossil fuels must stay in the ground if our children and grandchildren and out other “relatives” – the other living things of the world – are going to be able to enjoy a decent future. And for having the courage to draw this line in the sands of time and place, an untold number of these Indigenous heroes are now being strip-searched, caged, left naked in cells, hooded, and water-boarded (all these practices fall under the category of torture in the U.S. Army Manual) by militarized white police, heirs of those who committed the North American genocide.