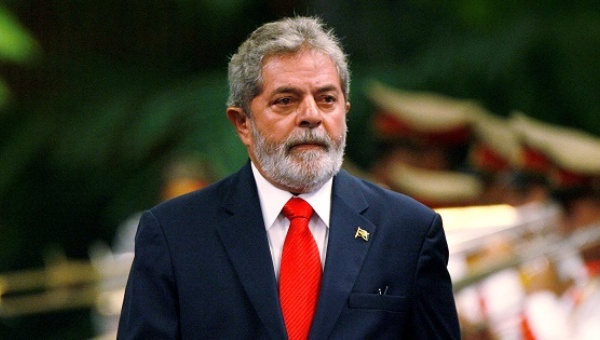 Rousseff said despite this campaign the leader of the Workers Party remains the candidate with most popularity for the 2018 presidential elections.

“Lula has been recently under a monstrous deconstruction of his image by Brazilian media groups,” she said during an event in the Uruguayan capital of Montevideo.

She visited Uruguay on Friday invited by the Frente Amplio party and the main workers union in that country.

Rousseff added that despite this campaign the leader of the Workers Party remains the candidate with most popularity for the 2018 presidential elections.

“When the number of his supporters is increasing they are trying to prosecute him,” Rousseff said.

The leader also highlighted that it is unpredictable what will happen in 2018 due to the political and economic situation in the country, in addition with what might come out from the ongoing investigation in the corruption scandal known as operation “Car Wash.”

Lula has been accused of having links with the corruption scandal involving state oil company Petrobras and allegedly received an apartment in Sao Paulo, he is also charged with obstruction of justice when he allegedly tried to buy the silence of former Petobras chief Nestor Cervero.

The former president also faces charges of corruption and influence peddling to favor his business Odebrecht in Angola.