Warning that ongoing unrest and rising inflation have left more than five million people in restive north-east Nigeria facing acute food insecurity, the United Nations agriculture agency on 24 November 2016 appealed for $25 million through May 2017 to support irrigated vegetable production and micro-gardening in the dry season, as well as rebuild livestock systems.* 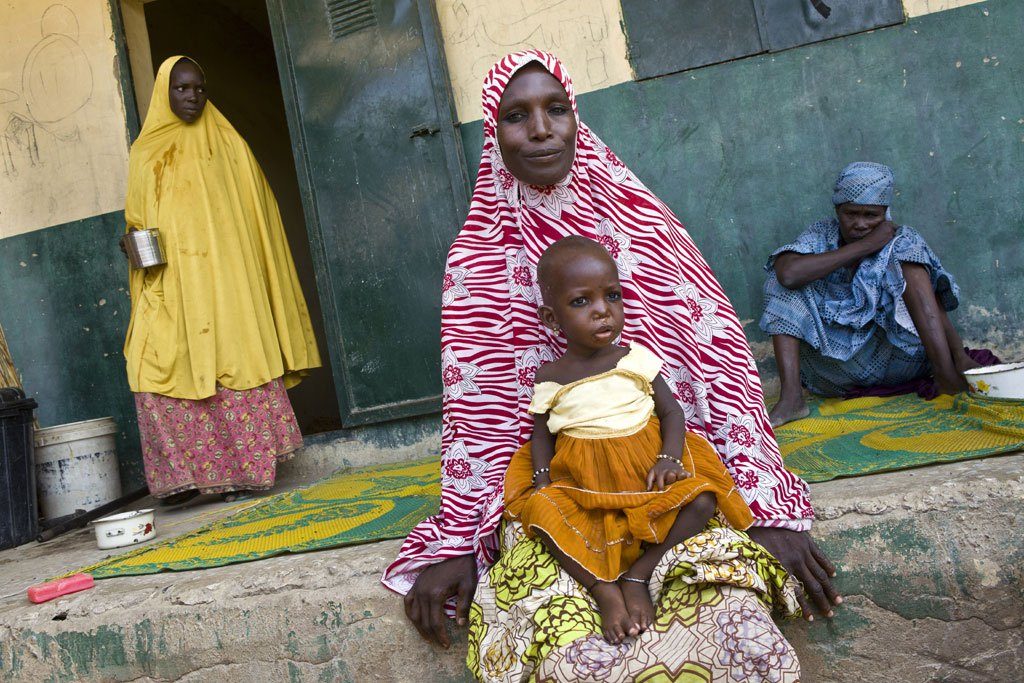 25 Nov 2016 – In a situation update, the Food and Agriculture Organization (FAO) said the urgently needed funds would tackle food insecurity among returnee, internally displaced and host communities. In addition, the agency is seeking funds now to provide critical agricultural inputs to farmers in time for the 2017 main rainy season.

“We must act now to rapidly restore food security and combat severe hunger and malnutrition,” FAO said in the update, which notes that inflationary pressures in the national economy have pushed the prices of staple food crops extremely high across the three northeastern states of Adamawa, Borno and Yobe; and these are expected to rise further, requiring “immediate intervention.”

In other news, the International Organization for Migration (IOM) Displacement Tracking Matrix (October 2016) shows for the first time since August 2015, a total number of internally displaced persons (IDPs) below two million – 97 per cent of whom declared that their displacement was due to the Boko Haram insurgency.

Since August 2015, a total of 958 549 returnees from within and outside Nigeria have been recorded, with an increase of about 48 000 returnees since August 2016. This further emphasizes the need for increased attention towards sustainable agricultural livelihoods support to the returnee process, according to IOM.

In addition FAO reports that the security remains volatile, particularly in Borno state, as Boko Haram activities continue to impact the security situation in some areas.

In Borno, Yobe and Adamawa States, there are currently nine local government areas (LGAs) categorized as ‘restricted’ and 27 LGAs categorized as having ‘limited’ access due to a high level of insurgent activity. (*Source: UN).

With nearly 400,000 children facing starvation in Nigeria, and citizens suffering with little to no protection, security, food or access to clean water, “Nigeria is facing the worst humanitarian crisis on the African continent,” Peter Lundberg, the acting United Nations Deputy Humanitarian Coordinator, had on 26 October 2016 – warned.** 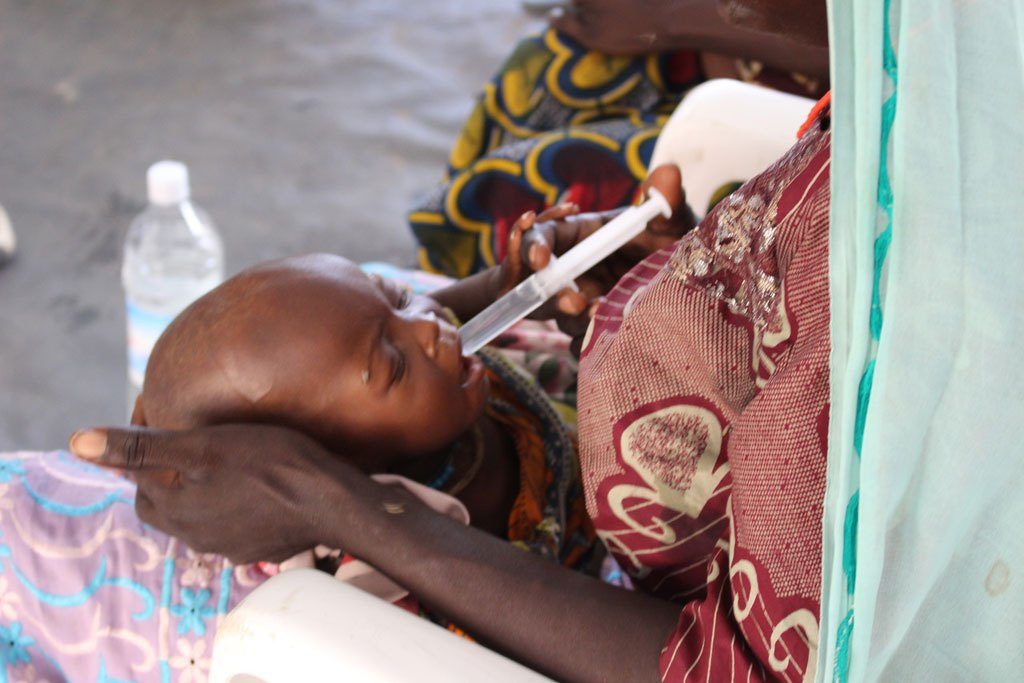 A severely malnourished child receives treatment in a clinic in Banki, north-east Nigeria. He is receiving water with sugar and food supplements to increase his body weight.
Photo: OCHA/O.Fagan

In a news release issued by the UN Office for the Coordination of Humanitarian Affairs (OCHA), wrapping up his first few weeks in the position, Mr. Lundberg assured the Nigerian Government of the international community’s commitment to working closely with federal and state mechanisms to accelerate a collective response to the situation.

He also welcomed the recent announcement of the of the Inter-Ministerial Task Force and High Level Humanitarian Coordination Group, and the Borno state Humanitarian Response Committee and looked forward to seeing “tangible impact in the coming weeks and months.”

According to Lundberg, humanitarian assistance by the Government and the aid community is being provided to the millions of people in desperate need despite insecurity and access constraints.

However, relief agencies should continue to maintain neutrality, impartiality and independence and continue to work where security permits.

“Needs are currently higher than the response capacity and we must ensure that we have both access and resources to scale up our humanitarian support in the months to come.” 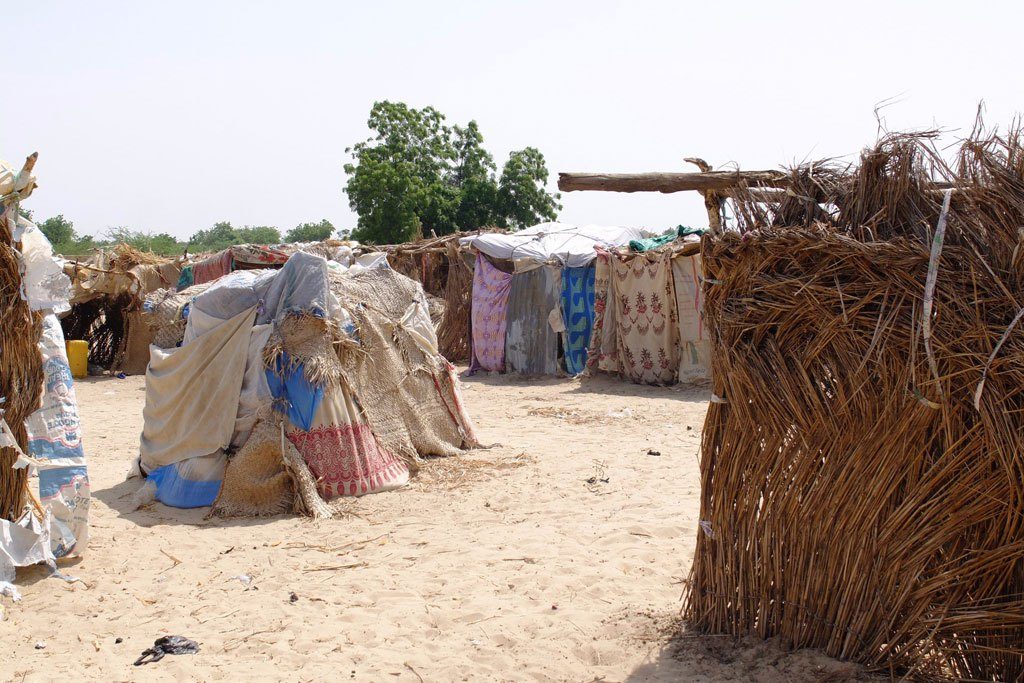 Despite some very generous contributions from mechanisms such as the UN Central Emergency Response Fund (CERF) and donations from the wider donor community, the Nigerian Humanitarian Response Plan for 2016, which requires $484 million for life-saving interventions, has only received one third of the needed funding.

“Without the means to respond, innocent boys, girls, women and men will die. The highest priority requirement for this response remains food security which is just 25 per cent funded,” warned Lundberg.

He went on to note that the attacks on the humanitarian convoy on 28 July and recent suicide bombing in Maiduguri on 12 October serve as stark reminders “that we must not let down our guard in such a high risk environment.” Indeed, the security of humanitarian actors remains a top priority for the humanitarian community, he added.

At the end of his statement, Lundberg affirmed OCHA’s commitment to support and assist international organizations with the structures and mechanisms they require to safely carry out their work.

He also noted the recent improvements in displaced populations’ assessment, calling this development a “springboard’ that will improve access to affected populations. (**Source: UN).

Everybody talks about human ‘rights’ but human beings have been perpetrating, systematically, all kinds of wrongs–they kill each other, they destroy forests, seas, lands, and atmosphere. Simply, humans are now more than ever under the mercy of two dominant powers: the ‘market lords’ and the ‘war lords’–everything, humans included, are now subject to trade deals. Human Wrongs Watch informs about some of the so many human ‘wrongs’–it’s our way to draw your attention. Maybe this initiative can help correct some of our misdoing.