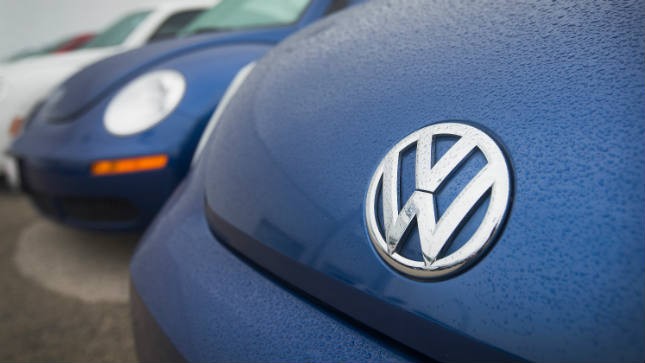 16 Nov 2016 – Late last month in Brazil a group of labor unions and human rights activists associated with the National Truth Commission (Comissão Nacional de Verdade (CNV) presented a charge to the Ministerio Público Federal (the Public Prosecutors Office) denouncing the Volkswagen corporation for having collaborated with the military in the persecution and torture of their own workers during the 21-year US-backed dictatorship (1964-1985). The CNV was created by a 2012 law to investigate human rights abuses in the country.

The April 1964 coup launched by the Brazilian military, with the help and direction of the US embassy, the CIA and the Johnson administration, overthrew the democratically elected government of the nationalist-reformist João Goulart and set the model for the US-backed reign of terror in Chile (1973), Argentina (1976) and elsewhere in the hemisphere.

Under Argentina’s military junta, Ford Motor Company was similarly charged with having fingered militant workers in its factories, which were run like a police state and provided facilities for the secret police to interrogate and torture autoworkers.

The trigger for the charges against VW in Brazil were the documents collected by the CNV workgroup “Dictatorship and Repression of Workers and the Union Movement,” which establish that Volkswagen Brasil elaborated so-called “dirty lists” of militant workers in their factories for the Department of Social and Political Order (Departamento de Ordem Política e Social, DOPS), the country’s feared secret police. These lists, according to the charges, included workers’ full names, their addresses and the departments in which they worked.

“There are almost 200 ‘occurrence reports’ made by the [VW] security and sent to the DOPS,” according to a report in the Brazilian daily Estadão. “In these, there are reports of workers being surprised by the Military Police (MP) while picketing and instead of being sent to a Police Station, being taken to an MP office or to a VW factory in São Bernardo do Campo [in the State of São Paulo] in order to be identified and interrogated. There are reports of beatings and torture of workers linked to the communist parties inside the factory.”

São Bernardo do Campo is, along with Santo André and São Caetano do Sul, an industrial region known as the ABC Paulista where auto companies like VW, Ford, General Motors and Mercedes-Benz have operated since the late 1950s. The region eventually became the birthplace of the Workers Party and the platform for future president Luiz Inacio ‘Lula’ Da Silva, who was a prominent union leader in the early 1980s during the last years of the dictatorship. The region in recent years has been an epicenter of the country’s deep economic crisis, reflected in mass layoffs and wage cuts.

In 1980, when Lula led a 41-day strike for a 15 percent wage rise, the DOPS received a list of 436 workers from plants that belonged to VW, Mercedes-Benz and the steelmaker Villares. While there are also reports that these latter two companies (and others) collaborated with the regime, VW is the first one to be charged, to officially accept the charges and to negotiate for judicial reparations.

The journal Carta Capital recounts the fate of the now retired worker Lúcio Antônio Bellantini, who in 1972 at the age of 28 was detained and delivered to VW’s security chief, Adhemar Rudge, an ex-army colonel. “At the time, I distributed the journal Workers Voice and discussed politics with people with the intention of taking them to the union and to fight against the dictatorship and for democracy. That was my crime,” he declared.

He was tortured for over a month by the DOPS, which were trying to force him to identify people he knew in the labor movement and the PCB (Communist Party of Brazil). “What I want now is that VW build a memorial and tell the role it played in this period of repression. The struggle is for history to be recorded and taught to children, so it can never be repeated,” declared Bellantini.

The CNV report states that Rudge was brought in as VW Brasil’s head of security in order to replace a former Nazi: the Austrian Franz Paul Stangel, who was deported in 1967 after three extradition requests. Rudge remained at the post until 1991.

The Volkswagen headquarters in Germany made a statement that in response to the charges it would select an independent German historian to review its own history in Brazil, as it has done in Europe itself in relation to the company’s collaboration with the Nazi regime.

However, predictably, there have never been any substantive consequences stemming from charges brought before the Workers Party-created CNV. Thousands of former assassins and torturers of the dictatorship remain free thanks to an impunity law maintained by every government since the end of military rule in the mid-1980s.

What is more, the current government of President Michel Temer (brought to power through the impeachment of the Workers Party president Dilma Rousseff) is even less likely to disrupt friendly ties with foreign transnationals over crimes committed under the dictatorship as it seeks to do the bidding of both the national bourgeoisie and international finance capital in making the working class pay for the capitalist crisis.