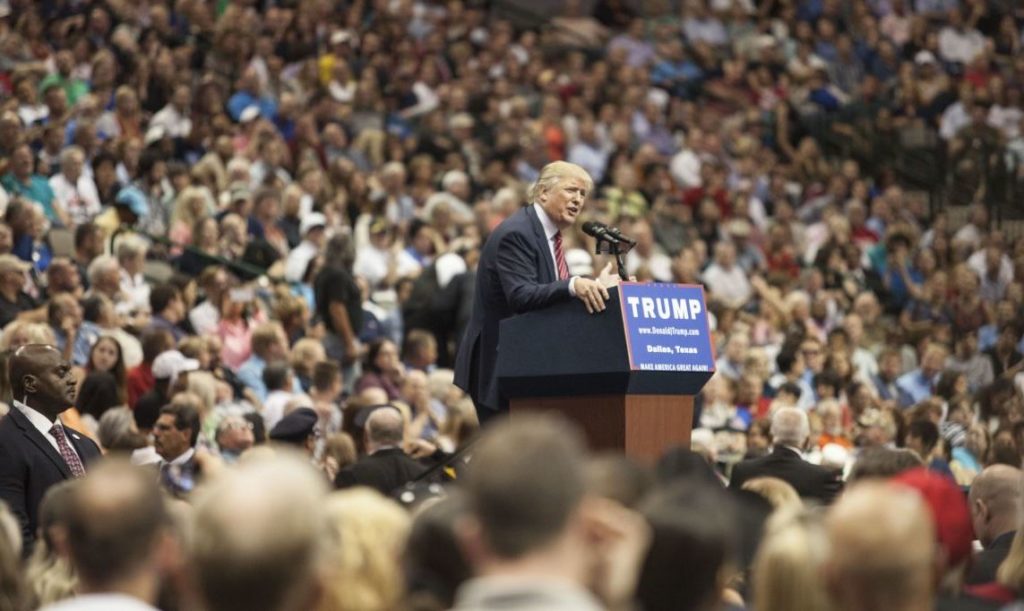 17 Nov 2016 – This does not mean that the Soros regime change racket and its multiple tentacles, in parallel to the Clinton machine-dominated DNC, will quit. Plan A – Maidan in the USA – is not exactly a winner among the masses. Thus Plan B – long-term harassment – was decided this past weekend at a summit in a Washington hotel.

The endless snowflake whining – we lost the presidential election because of «rogue» FBI, WikiLeaks, the Russians, etc. – was predictable. Yet among the corrupt-to-the-core DNC it seems like no apparatchik has ever read Guy Debord’s Society of the Spectacle. Or is familiar with how showbiz – and talk radio – works.

Paris is arguably the world capital of critical thinking. Perplexed Parisian intellectual circles at least have found out that the current pan-Western crisis is not only about economics, politics, finance, security and immigration; it’s about «political discourse» itself.

The easy chic café diagnostic is that Trump’s victory is the symptom of language distorting reality by playing to emotions. It’s true that complex rational discourse does not deliver anymore. The masses don’t read 3,000-word essays; this is for the elites and self-described «experts». But they do respond to outrageous tweets. More than ever, perception is indeed reality.

Thus the amalgam between Trump and the Front National (FN) in France, led by Marine Le Pen, also a master communicator capable of turning primary emotions into political reality. No wonder «white supremacist» Breitbart News – Trump’s informal Ministry of Information – will increase its exposure in France and support Le Pen.

What the Paris debate gets right is that nationalist isolationism across the West – using amalgam and clever terminological shortcuts – has become a credible solution to «cure» national identity. Thus the appeal of ditching the EU, among countless Europeans, as a credible alternative against unemployment, as well as a means of increasing security. It’s a Trump Remixed syndrome; barbed wire (metaphorical and otherwise) as a possible choice for re-launching economic growth.

With Trump’s victory being analyzed as the defeat of political discourse, or the victory of the controversial word, what the Paris debate gets totally wrong is promoting lofty exhortations to «reconcile oneself with complexity» as the only solution. The challenge is actually how to do nuance and complexity in only a few words at a time.

What sophisticated intellectual analyses don’t get is that Team Trump strategized a running reality show showcasing – what else – a brand. Dialogue was kept to a – tweet – minimum. Trump himself unveiled it; «These are just words». The Clinton (cash) machine fell into the trap and took these words literally. These were in fact metaphors – understandable by a fourth grader and delivered by a «man boy» impersonating a fourth grader,

In his CBS interview this past Sunday, Trump admitted the obvious; he won because of the power of social networks, despite the Clinton cash machine spending «much more money than I did». Trump has over 28 million followers combined on Twitter, Facebook and Instagram. This supposedly «hidden minority» dribbled any poll modeling available. And outside the Beltway and Hollywood, they were everywhere.

Trump perfected the art of simplified political discourse cutting off the middlemen – while reducing corporate/mainstream media, in the process, to no more than a pathetic footnote. The New York Times – «all the news that are irrelevant to print»? – has been a sorry show in itself, promising on the record to «report world news more accurately».

It’s not that Trump, on the record, had not sent a warning; «I’m very highly educated. I know words. I have the best words». And he knows how to get maximum effect out of minimum (word) investment. Mega-investor Peter Thiel totally got it, telling the National Press Club in Washington how «the media is always taking Trump literally».

Thiel stressed, shortly before the election, that «a lot of voters who vote for Trump take Trump seriously but not literally, so when they hear things like the Muslim comment or the wall comment, their question is not, ‘Are you going to build a wall like the Great Wall of China?’ or, you know, ‘How exactly are you going to enforce these tests?’ What they hear is we’re going to have a saner, more sensible immigration policy».

So what if Trump was killing syntax via his loud and inarticulate outbursts? The meaning was always clear. The pile up of exploding rhetorical devices was always targeted at tapping into raw emotion. Thus the avalanche of «us and them»; «yuuuuge» superlatives («amazing», «tremendous potential», «wonderful»); all kinds of hyperbole; non-stop repetition; calculated stutter enhancing his trademark «improvised» delivery; and a sea of euphemisms («grabbing women by the pussy?» Nah; just plain old «locker room talk»).

Snowflakes meanwhile were endlessly re-comforted by their standard interpretation of Trump as a con artist invented by mass media who first excelled on reality TV and then turned politics into a circus. They did not see him capitalizing on his monster advertising dollars/ratings pulling power; they did not see that the more (hated) corporate media attacked him, the better he looked for the «invisible minority»; and they did not see how the Trumpian brand of «magic realism» played all kinds of tricks with «reality».

Zygmunt Bauman, the foremost conceptualizer of liquid modernity – and a huge influence in my 2007 book Globalistan – correctly observed how Trump has offered a unique, once in a lifetime occasion for a condemnation, without appeal, of the whole political system.

Bauman’s on to something when he notes how traditional mechanisms such as the Montesquieu-style division of power between Executive, Legislative and Judiciary, as well as the Anglo-Saxon checks and balances, may be increasingly deprived of meaning to the benefit of an agglutination of power in authoritarian mode.

Bauman perfectly understood how Trump married identity politics to economic angst – condensing all aspects of the existential angst consuming what’s left of the working class and the middle class. Thus the success of the lightning fast solution – the expulsion of the ethnically diverse.

The US electorate that bothered to vote – very important; 43 percent did not – may have bought, according to Bauman, a strongman not as poison but as antidote; a «doer» capable of deploying instantaneous solutions with immediate effects. If and how he will be able to deliver is another story.

What’s certain is that the seesaw across the West between conservatives and social democracy is not a see saw anymore. When in power, everyone was just reproducing slight variations of neoliberalism.

Yet as we have now seen, liberalism has been dealt a serious body blow – even as the so-called progressive Left has utterly failed to «sell» to the masses a serious, history-based critique of neoliberalism.

Meanwhile, civil war – national and global – is now raw, everywhere; social Darwinism run amok. We have an Atlanticist Wall – from Brexit to the Rio Grande – in the process of being erected against the Global South. We have the Declining White Man against minorities that in many cases have become majorities. We have Western elites pitted against «Islam» – an absurdity, because the real enemy is Salafi-jihadism, a derivation of Wahhabism. And ultimately, we have The Ultimate Predator – Man – relentlessly decimating Nature.

In a Gramsci sense, the old order has completely collapsed, but the new order has not yet been born. It might be a new order based on the BRICS – mostly Russia, India and China. The progressive Left must find the conceptual road map to be part of it – and influence it.

Trump launched an IPO over the White House. Now he’s the CEO. If – and that’s a mighty if – he manages to run it like a sound business, that’s bound to be a good deal not only for the US but to the whole planet.

2 Responses to “Welcome to the Brave New (Trumpolitical/Trumponomic) World”