Recent violence in Myanmar’s Rakhine state has led to an increase in the persecution of the Rohingya people, but the international community continues to turn a blind eye. 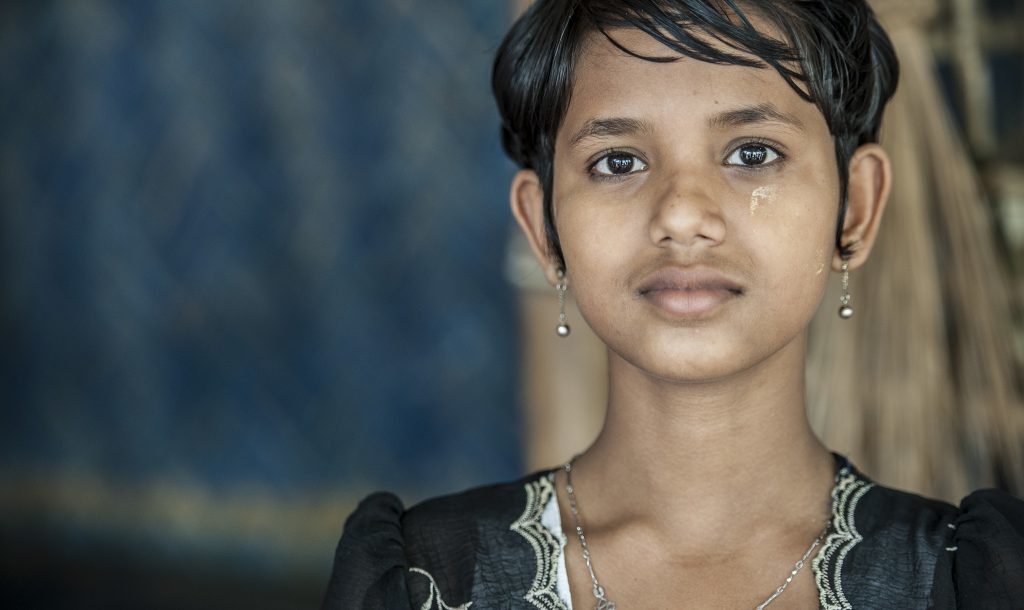 12 Dec 2016 – In 1992, the United Nations Commission on Human Rights assigned a Special Rapporteur to monitor the situation of human rights in Myanmar. This intervention by the United Nations (UN) was motivated by the need to respond to grave and systematic human rights violations perpetrated by the country’s military regime against civilians, especially the persecution of the Rohingya. More than a decade later, at the 2005 World UN Summit, all member states endorsed the Responsibility to Protect, a global norm “aimed at preventing and halting Genocide, War Crimes, Ethnic Cleansing and Crimes against Humanity.” Still, genocide of the Rohingya continues.

Following a recent outbreak of violence on 9 October in which nine police officers were killed, the Myanmar military has declared the Maungdaw area an ‘operational zone’ and reportedly conducted lethal ‘clearance operations’ to hunt down Rohingya ‘militants’ accused of the attacks on three border posts, despite the assailants’ identities being unknown. Local ethnic Buddhist Rakhines have been recruited to supplement other forces, and are armed to protect Buddhist residents from Muslim militants “who never follow the laws and are trying to seize our land and extend their territory”, according to Colonel Sein Lwin, Rakhine State Police Officer. The new recruits will serve 18 months with border police then be deployed to police stations in their hometowns. Rohingya have little chance of escape.

Top officials, like State Counsellor Aung San Suu Kyi, refused to use the word Rohingya in their responses to the 9 October attacks, while the UNDP Resident and Humanitarian Coordinator in Myanmar urged that the rule of law be fully respected and that civilians be protected.

The Special Adviser to the UN Secretary-General on Myanmar praised the authorities’ “good organization and discipline in averting any major outbreak of violence between the communities in Rakhine. At this delicate juncture, the local communities must refuse to be provoked by these incidents and their leaders must work actively to prevent incitement of animosity or mutual hatred between Buddhist and Muslim communities.”

But this is not a religious or ethnic struggle between equal “communities”. The Rohingya are not equal parties in the conflict. What is unfolding in Rakhine state is a well-executed military assault to remove the Rohingya from Myanmar.

On 16 November, the Office of State Counsellor Aung San Suu Kyi denied all allegations of damage inflicted on Rohingya but accused the “armed attackers” of burning their own villages, in order to get media attention and to receive aid from international organisations.

Adama Dieng, the United Nations Special Adviser on the Prevention of Genocide called for  conditions to be put in place that would support peaceful coexistence among the different communities in Rakhine State.

If peaceful coexistence is, in fact, the goal, the terms of peace become nearly irrelevant. Such an approach ensures that governments move far away from justice.

In its 15 November bulletin (page 9), the Global Centre for the Responsibility to Protect reported that “Mass atrocity crimes are occurring and urgent action is needed” in Myanmar, Syria, Iraq, Yemen and Sudan. The report states that “Stateless Rohingya in Burma/Myanmar face systematic persecution that poses an existential threat to their community.”

“Genocide is taking place in Myanmar” and there is a “serious and present danger of annihilation of the Rohingya population,” concluded International State Crime Initiative Director, Professor Penny Green, in the organisation’s 2015 report Countdown to Annihilation: Genocide in Myanmar.

The international community has a responsibility to protect the Rohingya, to respond to crimes of genocide, and to ensure human rights violations do not continue. As the third pillar of the Responsibility to Protect says: “If a State is manifestly failing to protect its populations, the international community must be prepared to take collective action to protect populations, in accordance with the Charter of the United Nations.”

Any global assessment of recent developments reveals a disturbing pattern of disingenuousness, an expedient reaching for the lowest common denominator for international agreement and a profound moral failure to value Rohingya lives. The State is responsible for decades of deadly indiscriminate attacks on civilian Rohingya conducted by the military, forcing Rohingya to abandon their homes and villages, while denying them food, water, shelter, and medical care, or locking them in camps secured by armed guards. The perpetrators’ racially motivated statements are used to increase hate and resentment of Rohingya, as is a media campaign to establish ethnic solidarity on the basis of an enemy ‘other’ which is to be both feared and hated.

Decades of urgent appeals have been made to the Myanmar government to halt the violence, but few foreign governments want to take action forcing Myanmar to deal with the issue. The focus has been on the humanitarian crisis, rather than on the political, legal or military action needed to address the violence. The gesture politics, hesitation, compromises, and wishful thinking about Myanmar’s ‘transition to democracy’ upon which Western policy is based, are having real consequences for the hundreds of thousands of Rohingya.

Relentlessly dark news continues to emerge from Rakhine State. Are there no circumstances that will compel an international intervention that is adequate to protect the vulnerable Rohingya and bring the perpetrators to justice?

Justice for Rohingya and the prevention of genocide means devoting major diplomatic attention and likely military forces to intervene in Myanmar to protect this persecuted people.

Dr Nancy Hudson-Rodd, a human geographer, is a research Associate with the Asia Institute and the School of Land and Food, at the University of Tasmania. She has conducted research for over a decade on military confiscation of land, human rights abuses and the Rohingya in Burma.