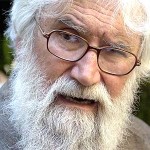 11 Dec 2016 – Each thing and each person has many facets. As I have said, each point of view is the view from a point. Everyone occupies a point on this planet and in the society of which we are a part. And from that point, each sees such reality as can be seen from that point. That is why we cannot treat any point of view as absolute, as if it were the only one. This is the origin of fundamentalism and discrimination.

That thought is worth keeping in mind with respect to the many points of view that are being expressed about the saga of Fidel Castro. No point can encompass all the views.

Something else must be considered. Each human possesses his share of light and his share of darkness. Spoken in the dialect of the new anthropology: each human being is sapiens and simultaneously demens. Thus, each human is a carrier of intelligence and of a sense of life. That is his sapiens moment. And he simultaneously displays deviations and contradictions. That is his demens moment.

Both always appear together. That is not a defect in our being. Is an objective fact of our human reality that must always be taken into account. It is also important when we evaluate Fidel Castro’s complex figure: his light and his darkness. I want to make some points, beginning with those which enabled me to have a unique visit with Fidel Castro.

A second point worth noting was Fidel Castro’s interest in the Theology of Liberation. He even confessed that if the Theology of Liberation had existed in his time, (it only began in 1970), he would have incorporated its lessons in the development of Cuban society. Under the pressure of the Cold War he was forced to side with the Soviet Union and from there to adopt Marxism. Fidel read and noted our principal works, those of Gustavo Gutierrez, Frei Betto, the works of my brother Fray Clodovis and my own. The books were all annotated with various colors. And in the margins were lists of questions and expressions about which he asked for clarification.

Another relevant point was his invitation, during the time of “polite silence” that was imposed on me in 1984 by the former Holy Office (the Inquisition). Fidel invited me to spend 15 days with him on the Island to explore questions of religion, Latin America and the world. He was a friend of the Apostolic Nuncio. As soon as I arrived he phoned the Nuncio, and in my presence, he told him: “Boff is here with me. I myself will ensure that he observes the polite silence. He will only talk with me”. In effect, we visited the whole island through our conversations, which lasted very late into the night. I recorded almost everything in three thick notebooks, because I wanted to turn them into material for a book. A few days after I returned from Cuba I left the three notebooks in the trunk of the car while I went to talk for a moment (some 15 minutes) with Don Aloisio, Cardinal, Lorscheider, who was the guest in the house of a friend in Copacabana. When I returned, I saw that the trunk of the car had been opened. Nothing was taken, except my three notebooks. I suspect that the security services of Brazil, or from the exterior, appropriated the material.

Another fact shows Fidel Castro’s tender dimension, to which many can attest.

I have a niece with a type of rheumatism that no physician could treat. I asked Fidel whether it was possible to treat her in Cuba. He asked me for all the medical information from Brazil, and he personally spoke with the Cuban doctors.

In effect, there was no cure. Each time Fidel saw me, the first thing he would ask was: “¿How is your niece Lola doing?” That affectionate and tender memory is not common in heads of state. Generally, where power predominates love does not prevail, nor does tenderness flourish. It was different with Fidel. He was extremely happy when I told him that a Brazilian physician had created a vaccine, of which a side effect was that it cured that type of rheumatism.

These are small gestures that show that power does not need to fatally undermine so profound a dimension as tenderness and concern for the destiny of the other.

The legacy of his charismatic persona will remain as a reference point for those who refuse to further the culture of capitalism, with all the injustices to the social and ecological order that accompany it.