This Swedish Billionaire Has Issued a $5 Million Award for Anyone Who Invents a UN 2.0 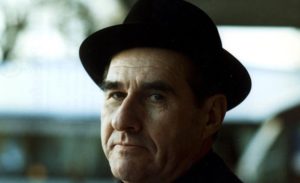 Laszlo Szombatfalvy, one of Sweden’s most successful investors of all time, is urging on the younger generation to rethink global governance.

Now he has issued a large award for the best idea to replace the current global governance system, through a competition called ‘A New Shape’. This was reported by Jill Bederoff at Veckans Affärer.

Laszlo Szombatfalvy is something like the Warren Buffett of Sweden.

Like Buffett, he started life in very humble circumstances. He arrived to Sweden from Hungary in 1956 when his native country faced Soviet oppression.

The 88-year old finance sage has one of the world’s best investing track records. Over 45 years, he has achieved an average annual return of 30 per cent.

Szombatfalvy is donating more than half a billion Swedish krona ($50m USD) through his fund, Global Challenges Foundation.

He believes radical measures are required to tackle inequality, and that the world’s rich need to take more responsibility.

”The biggest threats to humanity stem from the global community’s inability to deal with them effectively” he told Veckans Affärer.

“[The Politicians] cannot agree on the necessary measures [for climate change]. Even less are they able to agree on how to divide the costs between countries; or the responsibilities for future generations. Now only short-term national interests dominate” he continued.

His fund’s Global Challenges Prize is awarding $5m USD “in prizes for the best ideas that re-envision global governance for the 21st century”.

“Entrants should focus on designing a decision-making structure or framework that could galvanize effective international action to tackle these risks.  The proposed model may encompass an entirely new global framework or a proposed reform for existing systems.”

The competition, called ‘A New Shape’, is open to any individual or organization, and at least $1 million will be awarded to the winner. The fund is accepting proposals until May 2017.

One Response to “This Swedish Billionaire Has Issued a $5 Million Award for Anyone Who Invents a UN 2.0”