Albert Camus on Consciousness and the Lacuna between Truth and Meaning

“From the evening breeze to this hand on my shoulder, everything has its truth. Consciousness illuminates it by paying attention to it.” 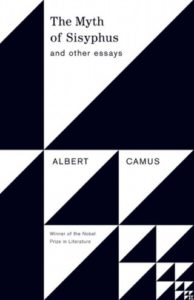 “The need of reason is not inspired by the quest for truth but by the quest for meaning. And truth and meaning are not the same,” Hannah Arendt observed in her brilliant treatise on the life of the mind, adding: “The basic fallacy, taking precedence over all specific metaphysical fallacies, is to interpret meaning on the model of truth.”

The nature of consciousness and its role in both creating and mediating that fallacy is what Albert Camus (November 7, 1913–January 4, 1960) explored three decades earlier in The Myth of Sisyphus (public library) — the source of his abiding wisdom on the will to live and the most important question of existence.

Noting that “everything begins with consciousness and nothing is worth anything except through it,” 28-year-old Camus considers the nature of consciousness and its supreme object — truth. Fifteen years before he became the second youngest recipient of the Nobel Prize in Literature, awarded him for the “clear-sighted earnestness” with which he “illuminates the problems of the human conscience,” he writes:

Seeking what is true is not seeking what is desirable. If in order to elude the anxious question: “What would life be?” one must, like the donkey, feed on the roses of illusion, then the absurd mind, rather than resigning itself to falsehood, prefers to adopt fearlessly Kierkegaard’s reply: “despair.” Everything considered, a determined soul will always manage.

From the evening breeze to this hand on my shoulder, everything has its truth. Consciousness illuminates it by paying attention to it. Consciousness does not form the object of its understanding, it merely focuses, it is the act of attention, and, to borrow a Bergsonian image, it resembles the projector that suddenly focuses on an image. The difference is that there is no scenario, but a successive and incoherent illustration. In that magic lantern all the pictures are privileged. Consciousness suspends in experience the objects of its attention. Through its miracle it isolates them. Henceforth they are beyond all judgments. This is the “intention” that characterizes consciousness. But the word does not imply any idea of finality; it is taken in its sense of “direction”: its only value is topographical. 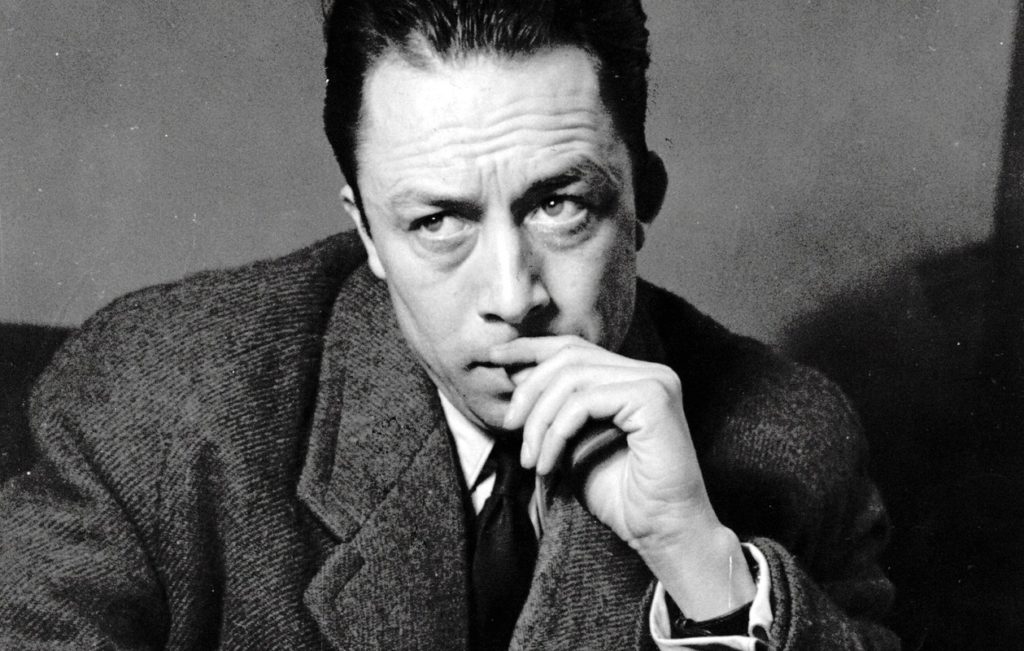 And yet the ultimate function of consciousness, Camus suggests, is not the retrieval of truth but the higher-order synthesis of meaning. He writes:

I don’t know whether this world has a meaning that transcends it. But I know that I do not know that meaning and that it is impossible for me just now to know it. What can a meaning outside my condition mean to me? I can understand only in human terms. What I touch, what resists me — that is what I understand. And these two certainties — my appetite for the absolute and for unity and the impossibility of reducing this world to a rational and reasonable principle — I also know that I cannot reconcile them. What other truth can I admit without lying, without bringing in a hope I lack and which means nothing within the limits of my condition?

If I were a tree among trees, a cat among animals, this life would have a meaning, or rather this problem would not arise, for I should belong to this world. I should be this world.

With this, Camus comes full circle to the opening sentence of his treatise, which remains among the most famous in literature and poses one of the most profound questions of philosophy — whether or not life is worth living. With an eye to his first great philosophical preoccupation — the experience of the absurd and the perplexity of how one is to live with it — he writes:

The absurd is born of this confrontation between the human need and the unreasonable silence of the world.

I draw from the absurd three consequences, which are my revolt, my freedom, and my passion. By the mere activity of consciousness I transform into a rule of life what was an invitation to death — and I refuse suicide.

Complement this particular portion of the wholly indispensable The Myth of Sisyphus with Sy Montgomery on how the octopus illuminates the wonders of consciousness and Israel Rosenfield’s trailblazing exploration of consciousness, memory, and how our sense of self arises, then revisit Camus on the art of awareness, how to bolster our spirit in hard times, what it means to be a rebel, happiness, unhappiness, and our self-imposed prisons, and his moving correspondence with Boris Pasternak.