From Lenin to Davos: A Stark Warning on Capitalism’s Excesses 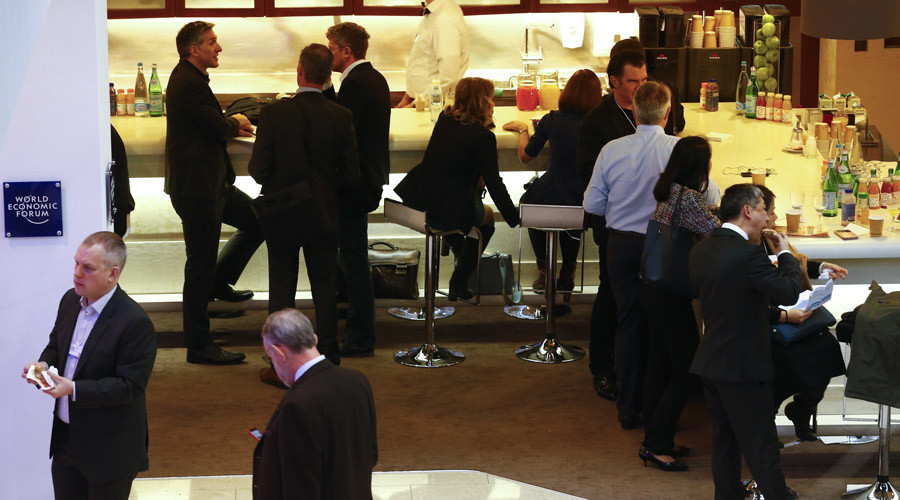 19 Jan 2017 – The surprise over Oxfam’s recent report on global poverty is that anyone is surprised. The revelation that eight people own more wealth than the poorest half of humanity merely confirms that neoliberalism is working precisely as intended.

When the Russian Revolution occurred a hundred years ago in 1917, it did so in response to an economic order that had been responsible for the most devastating global conflict the world had seen, one that left 17 million killed and millions more wounded and maimed.

The First World War was fought over the colonial carve up of the undeveloped world, specifically Africa and the Middle East, in the interests of the wealth and power of European ruling classes whose greed for more wealth and power knew no bounds.

The very same level of greed, the complete lack of concern for working people and the poor on the part of the super-rich and elite, is the ideological driving force of neoliberalism in our time, regardless of what its proponents and apologists argue. The eight multi-billionaires, named in the Oxfam report, who own more wealth than 3.6 billion human beings in 2017, are as follows: Bill Gates, Amancio Ortega, Warren Buffet, Carlos Slim Helu, Jeff Bezos, Mark Zuckerberg, Larry Ellison, and Michael Bloomberg. The striking though perhaps not surprising statistic about this group is that all but two of them are American.

Eight men could not amass such vast and obscene wealth without an obliging global political and economic order to make it possible. Neoliberalism – in other words, unfettered global capitalism – is that very order and the very antithesis of national sovereignty. It has ensured that while governments around the world may speak the language of power, in truth they are mere courtiers at the feet of global corporations and those who own them.

As Noam Chomsky said, “The very design of neoliberal principles is a direct attack on democracy.”

So the surprise, given the nature of neoliberalism, is not that such an obscene level of inequality exists in our time. The surprise instead is that such an obscene level of inequality, and the foundations of mass poverty on which it rests, has not sparked a social revolution of a similar impact as the Russian Revolution. Here we must take account of the role of ideology in conditioning us to accept the status quo as normal, indeed natural, and in doing so ensuring that we toe the line, regardless of the glaring evidence of the irrational and unjust nature of that status quo.

According to the French political philosopher, Louis Althusser, “The ideology of the ruling class does not become the ruling ideology by the grace of God, nor even by virtue of the seizure of state power alone.” He also observes, “Ideology represents the imaginary relationship of individuals to their real conditions of existence.”

The point is that we live our lives within social, political, and economic parameters we have not chosen for ourselves. And even though we may be among the ever-increasing number of who find themselves struggling or living in poverty, we are conditioned to believe that the problem lies with us rather than the system. Stepping back from this dynamic for a moment: are we really saying that the aforementioned eight multi-billionaires deserve to enjoy so much wealth, while the 3.6 billion human beings who own so little deserve their poverty?

Surely this is a question that answers itself.

In the same week that wider members of the economic and political elite enjoy their annual Davos jamboree, otherwise known as the World Economic Forum, 154,000 children will die due to extreme poverty. You can bet that the children of the rich and powerful cavorting around this exclusive and luxurious Swiss resort are not among them.

It is a disgusting and despicable state of affairs, not to mention a withering indictment of what many have the temerity to describe Western civilization.

Such statistics should have all of us – all people of conscience and consciousness – spitting nails at the level of injustice they reveal. Yet the truth is that we’ve become so accustomed to this reality that we have become desensitized and do not, or no longer believe, that an alternate reality possible.

Which brings us back to Lenin and the Bolsheviks in 1917. They refused to ignore reality or to become desensitized to it. Instead, they rode a the tidal wave of anger that had built up at the scale of the suffering and injustice being endured by masses in Russia, with the end result a revolution that not only succeeded in overthrowing the existing order in their own country, but which also succeeded in threatening to do likewise throughout Europe. The end result, history reveals, was cataclysmic societal collapse of a kind that no-one should make the mistake of believing could never happen again. It could.

Indeed perhaps the only failing of the Bolsheviks is that they came too soon. However that their like will come again grows increasingly certain with each passing year in which the world remains hell for the many and heaven for the few.

Our eight multibillionaires and members of the Davos elite should take note.

John Wight has written for newspapers and websites across the world, including The Independent, Morning Star, Huffington Post, Counterpunch, London Progressive Journal, and Foreign Policy Journal. He is also a regular commentator on RT and BBC Radio. John is currently working on a book exploring the role of the West in the Arab Spring.