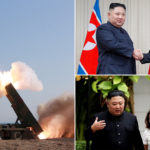 26 Apr 2019 – The summit between North Korean leader Kim Jong-un and President Vladimir Putin was significant on various levels and reaffirms the onset of a multipolar world. Knowing your enemies and understanding your friends is a maxim to live by. 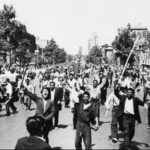 August 19, 1953 is the day that Iranians were taught a hard lesson in the rules of the game when it comes to empire and hegemony: the country’s democratically elected prime minister, Mohammad Mossadegh, was overthrown. Operation Ajax was planned, organized and unleashed by the CIA in conjunction with MI6 in response to the decision by Mossadegh to nationalize Iran’s oil and its revenue for the benefit the Iranian people.

16 Jun 2017 – Oliver Stone’s documentary series on Vladimir Putin, you would think, is required viewing for Western audiences looking to see beyond the crude caricature of Russia’s president in order to gain an insight into his worldview.

11 Mar 2017 – There is nothing more despicable than those responsible for carnage and suffering on a grand scale not only escaping justice for doing so but seeking to ascribe something noble, honorable, and moral to that carnage and suffering. Step forward the British ruling class.

9 Feb 2017 – Iran, to repeat, is not a state that sponsors, funds, or foments terrorism, while Saudi Arabia is. The mere fact that this needs to be pointed out to the President is redolent of a view of the world from the Oval Office that continues to be upside down.

19 Jan 2017 – The surprise over Oxfam’s recent report on global poverty is that anyone is surprised. The revelation that eight people own more wealth than the poorest half of humanity merely confirms that neoliberalism is working precisely as intended. When the Russian Revolution occurred a hundred years ago in 1917, it did so in response to an economic order that had been responsible for the most devastating global conflict the world had seen, one that left 17 million killed and millions more wounded and maimed.

22 Oct 2016 – When you reach the stage of making a distinction between good terrorists and bad terrorists, not only are you defending the indefensible, you are engaged in the ugly business of sowing dragon’s teeth. On Oct 20, US State Department spokesman, John Kirby, was asked by a reporter, “Is the US fighting al-Nusrah [sic] in Syria at this time?” Kirby replied, “Our efforts militarily in Syria, as I said today, is against ISIS, against Daesh.”

10 Apr 2015 – The Summit of the Americas, being held this year in Panama, is a reminder that contrary to what many in the US like to think, the United States constitutes just one of many nations on the American continent.

Terror is the product of terror, and the cycle of terror that has engulfed Libya, Syria, and now Iraq could have been averted if but for the lack of statesmanship in Washington. It was Nietzsche who wrote that “insanity in individuals is something rare – but in groups, parties, nations and epochs, it is the rule.”

The Libya that once boasted the highest level of development in Africa, where the standard of education, housing, infrastructure, and health stood as a beacon against free market capitalism; the Libya that helped set up the African Union and invested billions for African unity – this Libya has been destroyed—by the West.