Sanction Myanmar and Give the Rohingya a State of Their Own

28 Dec 2016 – In the 8th Century A.D., Rakhine State of modern Myanmar was the Kingdom of Arakan, populated by the Rohingya. But with increasing frequency over time, in 1784, 1942, 1977, 1991, 2012, and 2014, waves of Muslim minority Rohingya fled Rakhine due to extreme forms of repression from various Buddhist-majority Burmese governments. The resulting Rohingya diaspora of 1.5 million is global, and outnumbers the 1.3 million living in Myanmar itself. The plurality of Rohingya refugees fled to Bangladesh, where 300,000 to 500,000 now live in squalid settlements. The persistent repression and lack of representation suffered by the Rohingya gives them a right to their own state in the Rakhine region of Myanmar. The international community has a moral imperative to support the Rohingya , and pressure Myanmar through economic sanctions . If the Myanmar government dislikes that idea and wants to keep Rakhine State, it should rapidly correct its provision of human rights to the Rohingya and repatriate the Rohingya refugees.

The Rohingya Muslim minority in Myanmar, a Buddhist-majority country, is under attack by their own government. What the Myanmar military has called “clearance operations” and a senior U.N. official calls “ethnic cleansing” has been revived against the Rohingya over the past three months.  Myanmar is riddled with racism against Muslims, and the Myanmar military, unlike most professional militaries, could have financial incentives to cause the Rohingya to flee. The military uses land it takes from peasants for private agri-business. 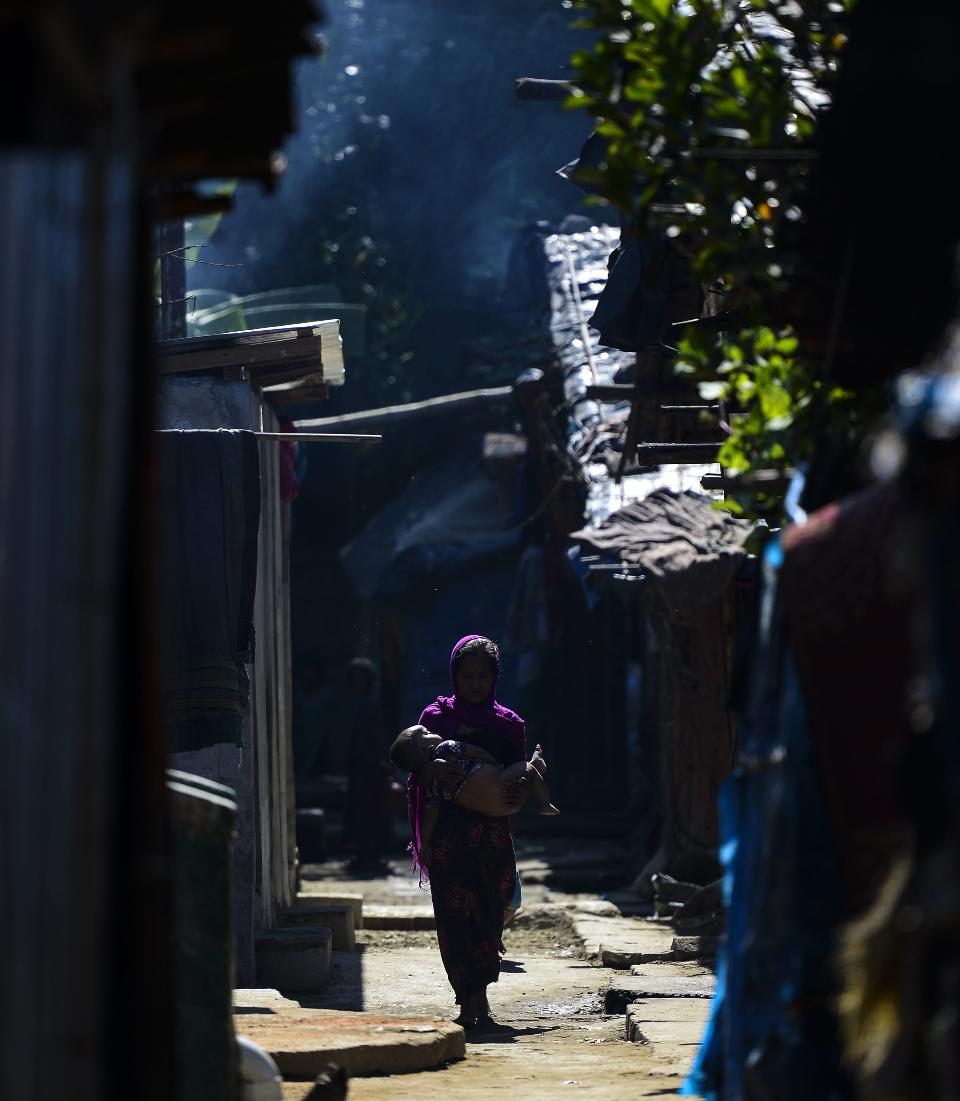 In the last few months, extensive evidence emerged that the Myanmar military is committing what I would call a campaign of terror against its defenseless Rohingya minority. Murders, rapes, and restricting the right of the economically precarious Rohingya to fish in their ancestral fishing grounds are likely meant to clear land by forcing the Rohingya out of Myanmar. In 2012, clashes between Rohingya Muslims and Myanmar Buddhists led to the displacement of 125,000 people. Some allege that the Myanmar military looked the other way, or participated against the Muslims. The military has since torched 1,200 homes, and forced 150,000 into what one Time Magazine reporter calls “concentration camps”. Hundreds of thousands of the Muslim minority were disallowed from voting in the last election. This recurring and recently renewed atrocity has caused an additional 25,000 Rohingya to flee into Bangladesh, Indonesia, and Malaysia since 2012.

The camps are a new strategy by Myanmar against the Rohingya, and are ringed with government checkpoints. Residents must obtain government permission to leave. The military bars journalists and most aid groups from entry. Food and medical care is scarce, and Rohingya deaths from easily-preventable illnesses and malnutrition are rising. These camps are a contemporary and brutal manifestation of the failed strategic hamlet strategy of 1960s Vietnam, meant to isolate a developing Rohingya insurgency.

It is unconscionable for Myanmar to again cause the flight of Rohingya. Myanmar has agreed in writing on multiple occasions in the past that the Rohingya are residents of Myanmar. To welch on those agreements now puts Myanmar into a category of country that violates international norms and laws. Amnesty International has called such activities by Myanmar potential “crimes against humanity.” One Time Magazine author has called it a “genocidal terror.”

The Myanmar government must immediately correct its human rights violations in Rakhine State, or lose all legitimacy and the goodwill of the international community. Given persistent Burmese attacks, the Rohingya people have a moral right, and perhaps even a duty, to nonviolently protect their own society from the government.

The Rohingya, like other stateless and unrepresented Muslims, are at risk of producing a persistent terrorist threat. Such terrorism would bring greater repression and lead to a cycle of violence. The international community should avert the risk by supporting the Rohingya through the toughest of peaceful measures , including negotiations for provision of an independent state of Rakhine to the Rohingya, and through economic sanctions against the Myanmar government meant to improve Myanmar’s Rohingya policies.