Tilikum and the Fall of SeaWorld

Tilikum the orca died prematurely this week still in captivity. He was 33. But his attack on a SeaWorld trainer 6 years ago sparked the downfall of the notorious animal amusement park. Long live Tilikum! 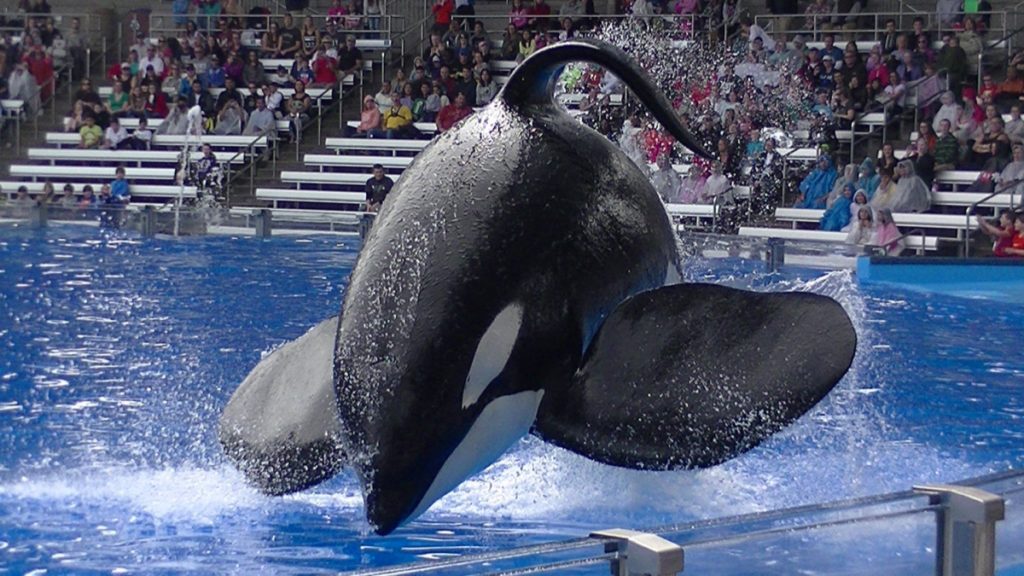 6 Jan 2017 – It has been five years since Tilikum attacked and killed his SeaWorld trainer, and the repercussions are still ongoing. Bad press continues. Profits and stock value drop even further. The park’s image may never fully recover. Yet Tilikum has seemingly disappeared from view. I am not talking about SeaWorld literally stashing him away. I mean that Tilikum is no longer spoke of in discussions. Pick up any news article or commentary on SeaWorld written in the past year or two and chances are you’ll find absolutely no mention of him, even though it was his actions that started all of this to begin with. It is as if his history has been slowly erased.

There are several reasons for this. Part of it is Blackfish’s fault. The documentary made the ex-trainers, behaviorists, and biologists into the heroes of the story. Tilikum came off as a victim, an orca with a violent psychosis stemming through years of trauma. There was, for instance, no talk of work. Nothing about all of the training the orcas have to go through or the calendar-long year of shows they have to perform in. Nor was there any discussion of the negotiations that go on between performers and trainers. It may be unspoken but you better believe there is some serious push and pull happening over fish quotas. This is not a one-sided relationship. Indeed, what could have been seen as a grievance on Tilikum’s behalf instead became a tragic accident. The trainer made a mistake and the orca went crazy. When this is the narrative we get, any possibility of agency—that his actions could have a profound historical impact—gets stripped away. What we are left with is a view from the top-down, and Tilikum doesn’t figure that important to the story being told, at least not in an active way. He becomes easily forgettable.

Part of it is that our knowledge of the animal kingdom comes almost exclusively from biologists and behaviorists. This over-reliance has lead to significant gaps within this very knowledge. Agency, for example, is an historical phenomena. Work and resistance are topics that the biological disciplines don’t deal with. You need an historian or sociologist to handle this. While the history of animals, especially in regards to agency, is relatively new, it does not mean that it can’t be done. There are an abundance of primary and secondary sources that can, if we bother to put forth the effort, take a long look, and put our minds to work, provide a quality picture of the lives and labors of other animals. 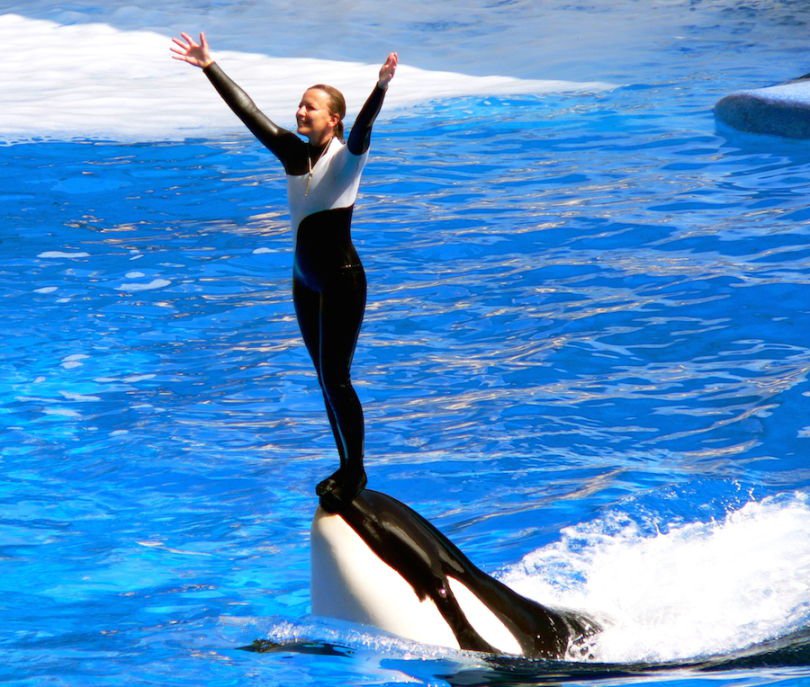 Nor have the biologists and behaviorists themselves been particularly welcoming when others have ventured into their once exclusive territory. They can get darn right dismissive and reactionary. Accusations of anthropomorphism and anecdotal evidence start flying around.

But Tilikum is no cartoon and his attack was no anecdote. There is historical context and socioeconomic relationships a plenty, and much of it is in desperate need of further exploration. Those attacks, refusals to perform, and demands for more fish are just a beginning with considerably more awaiting to be discovered. And this goes well beyond a singular orca. Nootka, Orky, and Kasatka, to name only a few other SeaWorld orcas, have their own important histories. There is no psychosis to be found here. Only agency in action.

But ultimately this erasure of Tilikum’s history is symptomatic of something much greater: the long-standing belief that animals have no history to begin with. They can certainly play a role in history, but only in the sense that they are being used and manipulated by humans. Animals are, historically speaking, little more than passive objects.You could just as easily be talking about a hammer, “a hammer shaped history,” and still have the same meaning. Why is this? Well, I can give you 2500 years of argument condensed into a nutshell. Animals have no history because they have no intentionality. Why? Because they have no rationality or language. Why? Because they have no soul. Why? Because God made humans in his image and only they can be special. Indeed, everything in regards to this argument can be traced back to this one well-spring: the idea of human exceptionalism.

It is one of the more amazing ironies that, in terms of the rationality, language, and emotion of other animals, the historical evidence has been overwhelmingly on the affirmative side. You can go back several hundred years or several thousand. Yet empiricism is not what this debate has ever been about. If it was, the Pythagoreans would have settled the debate millennia ago. The work of scholars like Jeffrey Masson, Marc Bekoff, or Frans de Waal would not even exist because their ideas would have been so long ago accepted as fact. Darwin wouldn’t have felt the need to explore the expressions of emotion in man and animal. Descartes would have been laughed out of the building for the sheer buffoonery of his proposal. But this is not how history proceeded. The Pythagoreans lost. Descartes won. Darwin, at least in relation to this work, was ignored. Those contemporary studies seem cutting-edge. 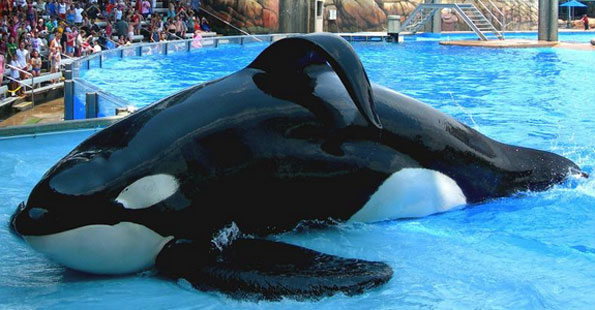 Even in regards to souls, the debate has not necessarily been in the direction that you might assume. The first English translation of the Bible was done in the 14th century. Known as the Wycliffe Bible, the translators believed that the book was not just meant to be known by a select few but rather everyone should have open access to study it. A most dangerous proposition for the time. In any case, what is interesting for us is their translation of Genesis 1: 20, 21, 24, and 30. Each verse states that animals have living souls. From the creeping, to the working, to even the unreasonable beasts of the earth, all have a living soul.

Such a view, however, did not last. In the later Tyndale Bible, only Genesis 1: 20 states that animals have souls. The other verses were changed to just living creatures or creatures that hath life. By the James version in 1611, all references to souls are scrubbed. In fact, contemporary commentators will try to convince us that Wycliffe’s words didn’t even actually mean what they appeared say. “Souls” really meant “life” and nothing more. But this is pure equivocation. The Wycliffe translators could have gone the route of James, but they chose not to. They meant what they said. A soul resides in every fellow creature.

The human condition is such a fragile one. We are, perhaps, the most psychologically weak of all species. It is the reason why educational state standards for scientific literacy require lessons warning young children against the dangers of anthropomorphism. It is the reason why most language associations still dictate using “it” for other animals, instead of the gendered “he” or “she.” It is the reason why the Association of Zoos and Aquariums claims that, while dolphins and whales may have amazing capabilities, it would be wrong to infer that they are “uniquely intelligent.”

Yet for every qualification, equivocation, or outright denial, a little truth always finds its way through. My personal favorite is when people complain that they are being treated like an animal. If you pay close attention, you will hear this consistently, and it occurs across all languages and cultures. “I am being treated like cattle,” “. . . a dog,” “. . . a donkey.” You might even catch yourself saying this. It is a fact that historically other animals have been exploited and abused exponentially worse, making such comparisons by humans seem misplaced and appropriative. It is also most ironic that, when the situation is reversed and say the suffering of dogs is compared to that of humans, many individuals recoil in horror and exclaim this to be an appropriation of their unique suffering. However there is no need for exceptionalism here. When people say that they are being treated like an animal, they are revealing commonalities and making connections. It may be happening on a deeper cognitive level, but it is happening. Just a little push would be needed to start some reflective thinking and bring new questions about our relations with other animals to the forefront.

Resistance is defined as “in opposition”—one side opposing the other side. Tilikum knew his job. He had done that routine hundreds of times, probably more. He knew the rewards and punishments. But he and the other orcas, on that day five years ago, were not cooperating. They were skipping parts of the shows and refusing to acknowledge commands. Sometime later, Tilikum grabbed his trainer and drowned her. This was a purposeful act. Nor has he been alone in carrying out such violent actions. Call the orcas criminals. Call them heroes. Call them assholes. But don’t say they are victims who didn’t understand what they were doing. This was, on Tilikum’s part, a knowing act of opposition versus his trainers and imposed captivity at SeaWorld. It was an act of resistance, and one that has shifted the trajectory of history. Tilikum deserves recognition for this. He is the main character in the story about the downfall of SeaWorld.

Jason Hribal is the author of Fear of the Animal Planet: the Hidden History of Animal Resistance (CounterPunch/AK Press).

One Response to “Tilikum and the Fall of SeaWorld”