“Where Do We Go from Here?” 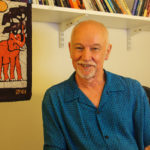 15 Jan 2017 – That question was a touchstone for The Rev. Dr. Martin Luther King, Jr. during the last year of his life. He preached on it. He delivered speeches on it. He wrote a book on it. The answers he put forward may be what got him killed.

His persistent morality and unrelenting mobilization of constructive power summoned the nation to take serious the need for a nonviolent revolution against “our system of economic injustice and military destructiveness.”

On April 4, 1967, he came out against the U.S. war in Vietnam.  He claimed “the giant triplets of racism, extreme materialism, and militarism are incapable of being conquered” without “a revolution of values.”  He called into question “the fairness and justice of many of our past and present policies.”  He claimed our political economy,  “an edifice which produces beggars” must be restructured.

From that day forward, he was dangerous to owning classes of people in all nations.

From that day forward, he challenged governments to remove the protections that buffered private wealth and control over the economy so that economic democracy, not just political democracy, might be achieved and shared by all.

From that day forward, he had exactly one year to live.

Which is not to suggest we today should abandon hope for America to keep its promises.  It does suggest that we should participate in local observances of MLK Day wherever they are held.

And most important, we should not only ask ‘where do we go from here?’ but we should heed Martin’s summons and join the nonviolence movements of this time to keep constructing answers that create peace, justice and well-being for all.

Anticopyright: Editorials and articles originated on TMS may be freely reprinted, disseminated, translated and used as background material, provided an acknowledgement and link to the source, TMS: “Where Do We Go from Here?”, is included. Thank you.