Who to Believe: The CIA and Corporate Media or WikiLeaks? 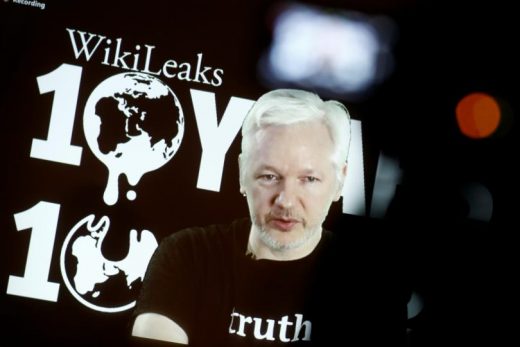 13 Jan 2017 – We are being assaulted by mass media “news” of alleged hacks by alleged actors, allegations of politicians compromised by financial dealings, and sexual hijinks.

First, governments and media do not belong in the bedrooms of the people.

Second, outside of religion and corporate/state media (let’s rubbish the misnomer of “mainstream” for what is predominately a “propagandist stream”), credible evidence is indispensable.

Imagine if justice were administered mainly on hearsay (ignoring the fact that justice is too often lacking in society). It is a cardinal rule of justice that rendering a decision of guilty must only be done when such guilt is beyond a reasonable doubt.

Science progresses through the scientific method which demands evidence. When observations and experimental results contravene theory, the theory is tossed.

There is academia, and then there is politics and the corporate media.

Politics and its corporate media has long since become risible within the sphere of serious contemplation.

The CIA claims Russia was behind the WikiLeaks revelations that exposed DNC chicanery. WikiLeaks denies it, and it has an unblemished record of truthfulness. So who to believe: the CIA and corporate media or WikiLeaks?

The CIA is a thoroughly corrupted and corrupting organization. That it is involved in the casting aspersions of senior Russian involvement without presenting evidence against the government of Russia or its president is par for the CIA course. Since the CIA is documented (as in the evidence is overwhelming and undeniable) to be embedded deeply within corporate media,1 it is completely unsurprising that the corporate media would serve as a CIA mouthpiece.

Since reputable security insiders have trashed CIA claims about Russian hacks, it was time for Plan B. The NYT publishes a piece titled: “Trump Received Unsubstantiated Report That Russia Had Damaging Information About Him.” First, the word “unsubstantiated” jumps out from the title. In the article, the writers admit: “The material was not corroborated, and The New York Times has not been able to confirm the claims.” In other words, the NYT has published an allegation provided by anonymous “intelligence agencies.” The NYT followed up with “What We Know and Don’t Know About the Trump-Russia Dossier.” Found in the leading section headed “What We Know” were phrases such as “The memos contain unsubstantiated claims” and “a two-page summary of the unverified allegations in the memos.” [emphasis added] And what exactly does the NYT mean by describing an allegation as “unverified”?2

The intelligence agencies have reason to be leery of a Trump presidency; after all, he promised to drain the swamp. So why did the NYT publish hearsay? With the date of Trump’s swearing-in as the next president of the United States fast approaching (20 January), one can piece together the CIA-media actions and logically surmise what the allegations heaped against Trump hope to achieve.

The New York Times long ago lost any veneer of respectability when former NYT editor John Swinton said to assembled colleagues: “There is no such a thing in America as an independent press, unless it is out in country towns. You are all slaves. You know it, and I know it…”

There have been a litany of faux pas by the NYT over the years from plagiarist Jayson Miller to Judith Miller proclaiming Iraq had WMDs based on what she was fed by biased sources. More recently, the NYT had to back off its reporting that the Syrian government had used sarin gas (a false flag).

False flags have played a prominent role in US invasions. Much skepticism still abounds to the official explanation of what happened on the US 9-11, which is the underpinning of the “war on terror.”

It is the wider corporate media, which is mainly a consolidated monopoly media3 that generates the jingoism among the public to support the war effort. Edward Herman and Noam Chomsky detailed how elitist interests are served by the American media conglomerate via propaganda in their book Manufacturing Consent.4

With all this in mind, what should media consumers make of reporting that seeks to loop a string around Russia, Vladimir Putin, the US election, and Donald Trump and draw the string tight? Does a string devoid of evidence have import? It obviously has no credibility. And what of the sources of the “news”?

There is a reason why independent new sources have proliferated. It is why symposiums are held on disinformation and why independent filmmakers document the insidious effects of propaganda and disinformation. When people realize that the monopoly media is a disinformation platform, it would be folly to continue to be willingly disinformed. People who want to verify facts, who seek out sound analysis and information that is free of profit motive will turn to genuinely independent media.

Kim Petersen is a former co-editor of Dissident Voice. He can be reached at: kimohp@gmail.com.