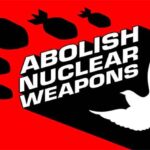 What Does the Statement of the Five Nuclear-Weapon States on Preventing Nuclear War Tell Us?
Kim Petersen | Countercurrents - TRANSCEND Media Service, 10 Jan 2022

5 Jan 2022 – The Doomsday Clock has been sitting at 100 seconds to midnight, the closest it has ever been to civilization-ending apocalypse. Will the first-ever Joint Statement of the Leaders of the Five Nuclear-Weapon States on Preventing Nuclear War and Avoiding Arms Races help to put a damper on any potential conflagration? An analysis of the statement seems called for. 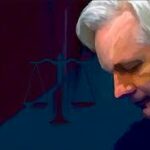 1 Dec 2020 – There is an attempt to use the machinery of the state to beat down a man in the darkness of Belmarsh prison and a British kangaroo court in London. Big media, however, has marginalized coverage of the Assange case even though the outcome is bound to have an enormous impact on journalism. The WikiLeaks publisher was targeted for exposing the war crimes of the US government.

13 Nov 2017 – A comparison with how the UN deals with North Korea vis-à-vis another member state, Israel, is instructive.

Without Substantiation, Media Integrity Suffers – We are being assaulted by mass media “news” of alleged hacks by alleged actors, allegations of politicians compromised by financial dealings, and sexual hijinks.

The extreme poverty in Haiti is widely acknowledged in the corporate media commentary, but for the most part, it is blamed on some flaw intrinsic to Haitians as a nation. When Haitians did gain a semblance of control over their fate, with the election of their first president, regimes in France, the United States, and […]

Waking Up: Freeing Ourselves from Work By Pamela SatterwhitePublisher: Humming Words Press (2009)ISBN: 978-0-9649465-1-4 Every effort under compulsion demands a sacrifice of life energy. – Nikola Tesla, quoted in Waking Up: Freeing Ourselves from Work Tesla’s quotation captures the reality of the working world for many people. People trudge off to work, do work, return […]